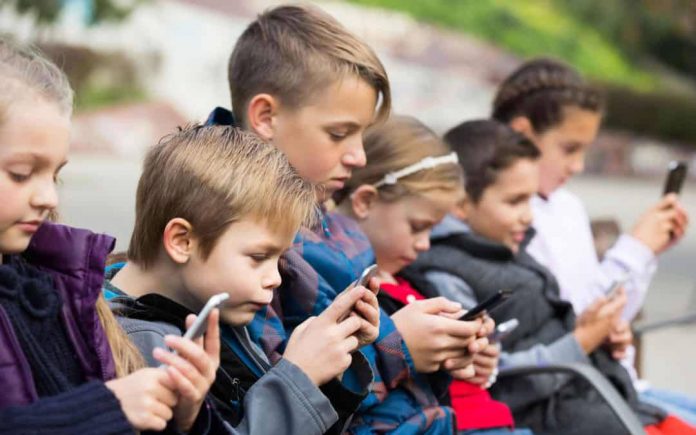 Walking through the store recently, I saw a little child about two or three years old sitting in a grocery cart while his mom shopped. The child was doing the same thing most children would be doing: he was watching something on a tablet of some kind. If we observe the average home or watch as children travel from one point to another, we will often find that they are being entertained by technology.

I am certainly not against technology. (I am dictating this article through technology while I drive, and I am thankful for technological advancements!) I do wonder though when the numbing effect of technology wears off or is taken away when these children will learn to behave while eating in a restaurant? How will they learn to sit still, to be quiet, and to not bother anyone? Will they learn this simply because they have the self-discipline to do so?

Proverbs 16:32, “He that is slow to anger is better than the mighty; and he that ruleth his spirit than he that taketh a city.”
Proverbs 25:28, “He that hath no rule over his own spirit is like a city that is broken down, and without walls.”

When will these children learn to look around and imagine, make-believe, or listen to and observe life around them if technology is stealing away all of their time?  The tablet-raised youth will go through life having no idea what is going on around them because they are too focused on their devices.

We have tried to create a society in which a child does not have to do what they do not want to do!

We are supposedly preparing children for life, but we have created an unrealistic environment in which they never have to do something that makes them bored or unhappy. We are creating an environment that always includes something pleasant and enjoyable for the children to do. I am not against pleasure or enjoyable things. I am against raising a generation of young people who are incapable of sitting still, controlling their own thoughts, or dealing with a difficult situation because they have not learned to simply use the self-control of their own hearts and minds. We do not need to be entertained constantly.

Dear friend, when will we begin training children so that they will not have the television on every moment of the evening? When a girl becomes an adult, will the now-grown, stay-at-home mom get bored with life and think she needs to go shopping, visiting friends, or play rather than following the dull, day-to-day routine of caring for the house, meals, and the training of her own children? Most assuredly, the training of children year after year and the countless tasks that weigh on a mother’s life can weary the heart and mind. Will the man be able to go to work each day, year after year, and keep that job, even when perhaps the job is tiring; or will he need to jump around from job to job because he always needs something new and interesting? Will the grown child get tired of the same spouse and seek excitement and change? Will this little one in training, one day as an adult, be in constant need of a new car, new clothing, a new electronic device, or some other new activity to occupy his mind? How long will this young one be able to work on a bus route, teach a Sunday school class, or even function through the routine of college life before quitting to switch to a new activity?

Many experts can explain the medical troubles that occur when children watch television or spend time viewing tablets and digital devices too often. I am sure medical problems are attached to overuse of those devices, but I also know that a definite problem exists when a child has to be entertained in order to be good. Parents raising a generation of young people who are incapable of sitting still and being quiet (simply because their dad or mother said to do so) are also training a dysfunctional society.

I am not a doctor and would not seek to diagnose any medical issues, but as a simple observation, ADHD and similar syndromes were unheard of before technology entered our world. Children were trained to sit still, to focus, and to think. I am sure there are medical dangers attached to endless hours of media in front of the child’s face, but the danger to a child’s character is far more extreme. Screens have replaced books, both reading and coloring books. For a young person to look at a picture book or read an age-appropriate chapter book is absolutely invaluable. For a child to learn that the book can take them around the world, develop their imagination, and train them to focus and pay attention is such a worthy investment.

Not only are the lessons that can be learned from books scorned, but the lessons learned by playing outside that are forfeited are also countless. For children to find themselves outside without any planned activity will build imagination, develop contentment, and train them to get along with each other. When I was a child, we would ride bikes, climb trees, walk in fields, shoot bows and arrows, and shoot BB guns. In the summertime, we could be found at a friend’s house who had a pool, or a school or park playing tennis, basketball, or anything our hearts devised. Medically, we received vitamin D, along with an occasional sunburn. Again, these instances took place before our teen years.

I challenge all of us to turn on the television or a video and count how many seconds occur between scene changes. I have done this many times; rarely does a three-second interval exist without a scene change. Young people are growing up with constant adjustments to their screens, and endlessly having their attention grabbed by an outside source. For most children in our present culture, sitting to look at a book, especially one with no pictures, is almost impossible. Days of dramatic radio shows are gone, but at least on old radio shows imagination was involved. The living screen in front of a child leaves no room for imagination at all.

I could continue my complaint about how these viewing habits affect conversation, social interaction, parental and sibling relationships, and developing simple skills. Recently, I spoke on the phone to a newly-married young lady. I asked if I were interrupting time with her husband (she had just arrived at home).  She said he was playing a video game and would be doing so for hours. Now, I am not the smartest guy around, but newlyweds should not be spending evenings in front of the television or playing games unless the games are played together. Where are conversations, hand-in-hand evening walks, or bike rides? Where is the blending of ideas and dreams for tomorrow? Where is the sitting close and simply being quiet, knowing the one you love is near?

When we were small children and long before the teen years, my friends and I caught lizards and created “cages” for them. (Yes, boys may perhaps be occasionally inhumane.) We started with a jar, then a cardboard box, then built large wooden cages, and then saved money to buy wire screen, proper food, and fun things to make terrariums for snakes and various rodents that we caught. We would bring cardboard boxes to a brush-covered hillside and slide down hills. We never needed a battery, an electric plug, or adult supervision.

Independence was trained into us before we were ten-years-old. Not only would we use our imaginations and play, but we would work, too. We were given outdoor jobs of pulling weeds, mowing the lawn, and many hour-after-hour duties that trained our bodies and souls.

I say all of that to say this: the inability to sit still is quite tragic. The failure to develop quiet contentment is inhumane.

To rear up children who cannot sit quietly while adults talk is shameful. How many of us before the days of technology were told that children are to be seen and not heard? My advice is to place time requirements on electronic entertainment, even for adults. While raising our children, we had a “one-hour-per-day” electronics rule which included television, DVDs, games, and anything similar. No one should sit around all day watching movies; it is simply dangerous. Giving our minds to Hollywood is stupid beyond words. We are commanded to avoid learning the way in which heathens do things, which is certainly difficult when movies control hour-after-hour of our lives. Even board games bring interaction, winners, and planning, which are all very valuable to a child’s development. Let us be vigilant in the training of ourselves and of our children in how we handle our media.

The Plague Of Being Vague – What do I do after the altar?

Some Things You Just Don’t Need To Pray About

Something Is Wrong With Today’s Churches