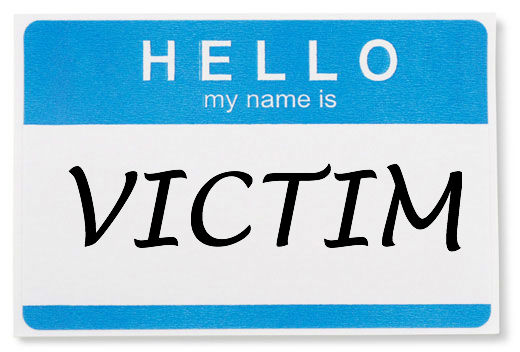 What mean ye, that ye use this proverb concerning the land of Israel, saying, The fathers have eaten sour grapes, and the children’s teeth are set on edge?

As I live, saith the Lord God, ye shall not have occasion any more to use this proverb in Israel.

Behold, all souls are mine; as the soul of the son is mine: the soul that sinneth it shall die….

Yet say ye, Why? doth not the son bear the iniquity of the father? When the son hath done that which is lawful and right, and hath kept all my statues, and hath done them, he shall surely live.

Jeremiah 31:29-30, “In those days they shall say no more, The fathers have eaten a sour grape, and the children’s teeth are set on edge.

But every one shall die for his own iniquity: every man that eateth the sour grape, his teeth shall be set on edge.”

“The fathers have eaten a sour grape, and the children’s teeth are set on edge.” This proverb is in the Bible; however, it is not a true proverb in the sense of a God-given proverb. This proverb is mentioned twice in the Bible, and on both occasions, the person quoting the proverb was rebuked.

From the time of the creation of man, when there is wickedness, man always wants to blame someone else.  When the first sin was committed in the Garden of Eden, somebody else was blamed. In every consequent wicked generation, man has always tried to lay blame on someone else.  In every nation or civilization that turns from God, this proverb, or one like it, becomes popular.

Jerusalem is about to be destroyed. The armies of Babylon are about to attack. Nebuchadnezzar is about to take over! He is about to take the rich and middle-class Jews into captivity. The Jews say in response, “The fathers have eaten a sour grape and the children’s teeth are set on edge.” God rebukes them!

The people are in captivity in Babylon. They are hundreds of miles from home, and their houses have been leveled back in Jerusalem and in Palestine. Their beloved Temple has been leveled to the ground. The walls of the Holy City have been destroyed while they live hundreds of miles from home. They begin to use this proverb again, “The fathers have eaten sour grapes, and the children’s teeth are set on edge.” They are in bondage! However, they are not in bondage because their fathers sinned, but because they have sinned.

The Bible is very clear about where the burden lies. II Chronicles 7:14 says, “If my people, which are called by my name, shall humble themselves, and pray, and seek my face, and turn from their wicked ways; then will I hear from heaven, and will forgive their sin, and will heal their land.” If this verse is true, and it is, then these people could have gotten right with God if they had quit blaming their parents and followed the instructions in this verse.

The Babylonians have taken two-thirds of the Jews into captivity: the rich, the middle-class, and the craftsman.  The remaining one-third in Jerusalem are the poor.  Some of the poor elders who have been left in Jerusalem come to Babylon to visit. While in Babylon, they repeat this proverb. Then they complain, “The city is laid waste, the Temple is gone, the houses are gone, and we who have been left behind in this destruction are suffering because of our fathers.”

Ezekiel comes along and says, “What mean ye… The fathers have eaten a sour grape, and the children’s teeth are set on edge?”

Jeremiah prophetically looks to the future and sees another day when the Jews will return to the land. He sees a time when the Temple site will no longer be barren. Another Temple will replace the one that has been destroyed. He looks down and sees the date seventy years later when they will return from captivity. The wall of the city will be rebuilt; righteousness will prevail—although not perfect righteousness—and God shall be honored. Jeremiah looks down the corridor of time and says, “The day will come when you will no longer say ‘The fathers have eaten sour grapes, and our teeth are set on edge.’ The day will come when the people will be right with God again. No longer will they blame their fathers, mothers, grandfathers, grandmothers, or preachers for their troubles; instead, they will take personal responsibility for their actions, whether good or bad!”

This is happening again in the twenty-first century. We pay a psychologist a hundred dollars an hour to let us lie on a couch and tell him about our childhood woes. He searches and searches until he finds the person to blame for our misery.

Rules do not make rebels. They merely expose the rebels. The hair issue in I Corinthians is a symbol God uses to stress a chain of command that is essential to having order in the home. The hair represents submission to a greater authority. Many parents have ruined their children by constantly defending them and running interference for them against the injustices in their lives. My friends, welcome to the real world of injustices. There is no such thing as pure justice.  When my children complained about injustices in their lives, I told them, “Welcome to the real world!” Our philosophy was not “innocent until proven guilty”; rather, it was “guilty until proven innocent.” Mrs. Gray and I never tore down the authorities in front of our children.

A young person must come to realize life is composed of ups and downs, victories and defeats. The sooner a young person accepts full responsibility for his or her actions in life, the sooner that young person will mature into adulthood. Very few people who get into serious trouble ever recognize they are fully responsible for their actions.

Original article can be found at http://www.bobgraysr.com/2015/01/a-victim-society.html

10 Difficult Things to Avoid When Ministering to Others