Proverbs 31:25 – “Strength and honour are her clothing; and she shall rejoice in time to come.”

When the book of Proverbs was written, clothing was a “head-to-toe” affair. There was not much to be seen of a woman’s appearance other than the clothing that she wore. God put the subject of clothing in the Bible because it matters how we appear as Christians.

Our clothing is probably the most noticeable thing about how we appear to others. God gave me the face I have, and most everything else that characterizes how I look, so I have no choice in those areas of my appearance. However, clothing is a matter in which I can make choices. Now, this verse is not talking about literal clothing that I take out of my closet, but about virtues or character traits that can and should adorn my life as a Christian lady. Those character qualities or “personality traits” that I demonstrate are what other people see about me, and I have a choice in how I appear to others as well as in the kind of testimony that I radiate to those around me.

Strength and honor are the visible things about the Proverbs 31 lady’s character that people see first in her life. Since clothing is an area of choice, then strength and honor are the virtues or traits that the virtuous woman should select out of this spiritual wardrobe and “put on” when she gets up in the morning. Strength, as is translated throughout the Bible, suggests the following: physical might, military force, wealth and property, or the ability to acquire them, being capable or of great ability, being valiant, and even being influential. The Bible concordance says that the word “strength” in this verse means “strength, might, hardness.”

While I am sure that hardness is not a characteristic of her appearance or attitude, it might very well describe the unbreakable fiber of her conviction, character, and resolve in the face of opposition. A godly lady chooses to adorn herself with strength.

When looking at “honour” in the same way, we see that beauty, majesty, splendor, importance, worth, and nobility are all implied by the ways in which the word is used. Vine’s Expository dictionary says, “…this word is a counterpart to Hebrew words for ‘glory’ and ‘dignity’… a combination of physical attractiveness and social position…” It is often used to speak of the honor and majesty of the Lord, as well as the stately majesty of earthly royalty.

While I do not believe a clean-living, pure-hearted lady seeks to set herself up in a position to draw or demand honor from others, I do believe that she realizes that she is a daughter of the King — the King of Kings. In fact, she chooses to conduct herself in an honorable way which befits her royal birth. I am sure if I were writing this verse in Proverbs 31, I would have invented a list ten miles long of virtues we ought to incorporate! However, since God wrote it, He said, “Strength and honour are her clothing;…”

A virtuous woman will choose to put on a strength of character that demonstrates itself in her purpose, resolve, and unyielding conviction. By choice she will adorn herself with a beautiful and majestic dignity that only the Lord can bestow. We should all strive to get dressed in “strength and honour” every day so that the world can see Christ in us! 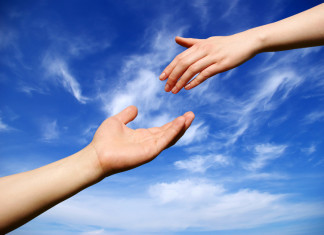 You’re A Parent; Teach Truth To Your Children

After a person has learned the value of biblical truth he must not neglect to pass it on to his children.

Where Has The Respect For Older Church Members Gone?

Why Are We Trading Holy Living For A Hollywood Brand Of...

The Main Reason for Separation