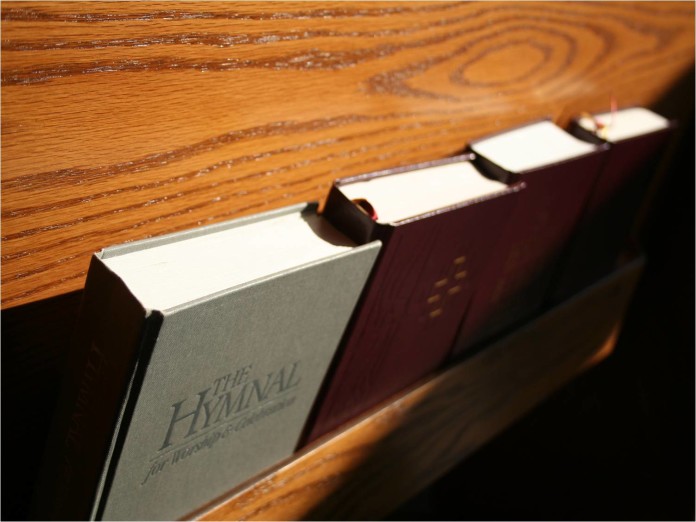 “Just As I Am” is one of the few hymns for which we know not only the author’s story but also the exact circumstances in which it was written. Charlotte Elliott of Brighton, England (1789–1871) was either born, or in early life had become, an invalid. Her life was a testimony to patient endurance in suffering, not only physical, but also emotional and spiritual. This was the context in which she wrote the hymn, as her nephew the Rev. Handley C. G. Moule recounted it in 1897:

But ill health still beset her . . . it often caused her the peculiar pain of a seeming uselessness in her life while the circle around her was full of unresting service-ableness for God. Such a time of trial marked the year 1834, when she was forty-five years old, and living in Westfield Lodge, Brighton. . . .

Her brother, the Rev. H. V. Elliott, had not long before conceived the plan of St. Mary’s Hall, at Brighton — a school designed to give, at nominal cost, a high education to the daughters of clergymen. . . . In aid of St. Mary’s Hall there was to be held a bazaar . . . Westfield Lodge was all astir; every member of the large circle was occupied morning and night in the preparations, with the one exception of the ailing sister Charlotte — as full of eager interest as any of them, but physically fit for nothing.

The night before the bazaar she was kept wakeful by distressing thoughts of her apparent uselessness; and these thoughts passed — by a transition easy to imagine — into a spiritual conflict, till she questioned the reality of her whole spiritual life, and wondered whether it were anything better than an illusion of the emotions, an illusion ready to be sorrowfully dissolved.

The next day, the busy day of the bazaar, she lay upon her sofa. . . . The troubles of the night came back upon her with such force that she felt they must be met and conquered in the grace of God. She gathered up in her soul the great certainties, not of her emotions, but of her salvation: her Lord, his power, his promise. And taking pen and paper from the table she deliberately set down in writing, for her own comfort, ‘the formula of her faith.’

Hers was a heart which always tended to express its depths in verse. So in verse she restated to herself the gospel of pardon, peace, and heaven.

Within a matter of years Ms. Elliott had the hymn published in The Invalid’s Hymn Book, and from there it spread and gained in popularity.

Just as I am – without one plea,
But that Thy blood was shed for me,
And that Thou bidst me come to Thee,
– O Lamb of God, I come!

Just as I am – and waiting not
To rid my soul of one dark blot,
To Thee, whose blood can cleanse each spot,
– O Lamb of God, I come!

Just as I am – though toss’d about
With many a conflict, many a doubt,
Fightings and fears within, without,
– O Lamb of God, I come!

Just as I am – Thou wilt receive,
Wilt welcome, pardon, cleanse, relieve;
Because Thy promise I believe,
– O Lamb of God, I come!

Just as I am – Thy love unknown
Has broken every barrier down;
Now to be Thine, yea, Thine alone,
– O Lamb of God, I come!

Just as I am – of that free love
The breadth, length, depth, and height to prove,
Here for a season, then above,
– O Lamb of God, I come!

Pastor, Is It Time For An Attitude Check?