Friendship is often misunderstood. I often hear people say that they are going to be a friend to their friends. The problem with what they are saying is that their friendships are the tools they use to compromise. Many men of God will not stop associating with someone because they are their “friend.” I have watched many men who have compromised doctrine who are still allowed on the platforms of national conferences under the excuse that these men have been their friends.

Several years ago I, as a younger preacher, went to my pastor to ask him about a respected preacher who seemed to preach in places where most preachers would never preach. I asked my pastor, “How does this man get away with preaching in these places and I would be crucified if I preached in the same churches?” The main reason why this man preached in these churches was because of his friendship with these pastors. Whether or not it was right for this man to preach in these places is not the purpose of this article; the purpose of pointing this out is to show how misunderstood friendship is among believers.

Being a true friend is one of the rarest qualities to be found in people today. I often tell people that a person will rarely have more than ten friends in his life. When I say “friends,” I am talking about a friend in a scriptural sense. Many believers have compromised the real definition of friendship by quoting that they are going to be friends to their friends, no matter what they do.

There are two great illustrations of friendship in the Scriptures that point out what true friendship is. The first illustration is God’s friendship toward us. Proverbs 18:24 says, A man that hath friends must shew himself friendly: and there is a friend that sticketh closer than a brother. God is that Friend Who …sticketh closer than a brother. One of the greatest things about God is that no matter what we do, God never leaves us. He is always there for the believers, even when we do not deserve it.

The second illustration of friendship is the friendship between David and Jonathan. 1 Samuel 18:1 says about these two men, And it came to pass, when he had made an end of speaking unto Saul, that the soul of Jonathan was knit with the soul of David, and Jonathan loved him as his own soul. These men were knit together in friendship both in life and death. They never let anything stop their friendship, and David even honored his friend after his death. There are several things I would like to point out about true friendship.

You do not have to be my friend for me to be a friend.

We often think that two people have to agree to be friends. This is not true. Just because one person does not want to be my friend does not mean that I cannot be his friend. The best illustration of this is Jesus Christ. Zechariah 13:6 says, And one shall say unto him, What are these wounds in thine hands? Then he shall answer, Those with which I was wounded in the house of my friends. Jesus called those who crucified Him His friends. These people certainly would not have called Jesus their friend, but He chose to be theirs.

One of the greatest tests of what kind of friends we are is whether or not we are willing to be friends to those who do not want to be friends to us. In other words, can we be kind and friendly to those who have no desire to be with us? Just because others do not choose us to be their friends does not mean that we cannot be theirs.

Your treatment of me does not dictate my friendship to you.

Just because one person is not good to me does not mean that I cannot be his friend. Friendship is never based on what they can do for me, but what I can do for them. Psalm 41:9 says, Yea, mine own familiar friend, in whom I trusted, which did eat of my bread, hath lifted up his heel against me. If we base our friendships with others by their treatment of us, we will one day find ourselves as lonely people. Proverbs 18:24 says, A man that hath friends must shew himself friendly:… This verse does not say that our friends have to treat us right, but that we must show ourselves friendly.

True friendship is revealed when your friend can do nothing for you.

The test of true friendship is when people cannot do anything for us. At that point, will we still be friends to them? David proved his friendship to Jonathan by still being a friend even when Jonathan was dead. Being a friend to someone because of what they can do for us is not being a friend at all; it is being an opportunist. There are many opportunists who we will find in this world, but our true friends are the ones who are friendly to us when we cannot do anything for them. Likewise, our quality of friendship to others is determined by whether we will be friends to others when they can do nothing for us.

A true friend stands with you when all forsake you.

Paul said in 2 Timothy 4:16, At my first answer no man stood with me, but all men forsook me: I pray God that it may not be laid to their charge. There was one person who stood with Paul when all forsook him, and that person was Timothy. Timothy was a true friend. If we are going to be true friends, we must be willing to be on the wrong side of the populace to be friends to our friends. Being a true friend will not always be popular, but it is Christ-like.

A true friend stands against you when you do wrong.

Proverbs 27:14 says, He that blesseth his friend with a loud voice, rising early in the morning, it shall be counted a curse to him. There are times when we will have to tell our friends that they are wrong. This is one of the hardest things we will do, but if we are true friends, we will not allow our friends to do something without warning them. Proverbs 27:17 says, Iron sharpeneth iron; so a man sharpeneth the countenance of his friend. Sharpening something means there will be times of friction, but it will make us or our friends better people. If we stay silent when our friends do wrong, we are not being true friends.

A true friend defends you when you are wrongly attacked.

Of course, this is one of the most talked about definitions of friendship. It is in the times of attack that we often find our true friends. Jonathan was willing to stand with David against his father during Saul’s attacks against his friend. Again, silence when our friends are attacked is not friendship. Through many battles that I have had to fight, I have had many “friends” say they are praying for me, but there was no visible defense coming from them. Telling others that we are praying for them is good but defending them when they are wrongly attacked is what real friends do.

A true friend is a friend when you are gone.

David showed what a true friend was after Jonathan died. David still wanted to honor his friend, and that is where Mephibosheth is found in the Scriptures. Let us ask ourselves whether or not we still honor the requests of our friends after they are out of sight. Do we still pray for them when they have not been around us? Do we keep our vows to them even when they have passed to Heaven? A true friend will be a friend even when his friends are not present or are gone to Heaven.

A true friend does not have to agree with you to be your friend.

It is so important to understand that we do not always have to agree with someone to be friends. I have at times found my friends as my opponents on an issue, but that does not stop me from being their friend. If adversity is what causes a person to stop being a friend, they were not a friend in the first place. Proverbs 17:17 says, A friend loveth at all times, and a brother is born for adversity. There are times when we might find ourselves on opposite sides from a friend, but being opponents over something does not mean that we have to stop being friends. It might mean that we can no longer preach together or go to places together, but it does not mean that we have to stop being friends just because we disagree. Friendship is often made stronger through times of opposition.

A true friend does not demand perfection for friendship.

True friends will expect us to make mistakes at times and will also realize that we may hurt them, but they will still be our friends. Proverbs 17:9 says, He that covereth a transgression seeketh love; but he that repeateth a matter separateth very friends. If our friends have to be sinless or perfect, we will find ourselves friendless. The closer we get to a person, the more we will discover his weaknesses. We should not let the discovery of flaws in people cause us to quit being their friends.

True friendship is a rare quality to find. Proverbs 18:24 says, A man that hath friends must shew himself friendly:… This verse is teaching that we should stop looking for people to be friendly to us so that we can be friends, and instead determine to be friends to other people. We will find that it is when we are friends to others is that we will find ourselves having many friends.

The best way to define friendship is by stating:

It is not what your friend can do for you, but what can you do for a friend.

3 Keys To A Successful Christian Life 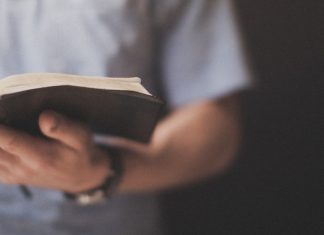 Keep Your Word; Don’t Commit To What You Can’t Do

Dealing with a Hardened Heart