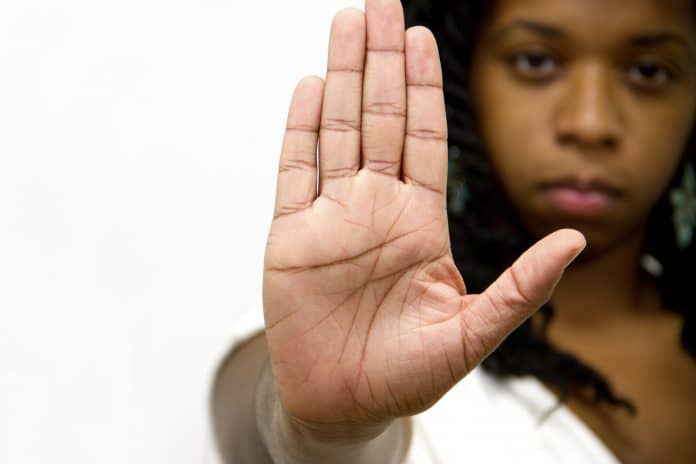 Perhaps many would look back to the 1960s and 1970s as the time when an attitude began among young people. This was an attitude of no rules, no boundaries, and “anything goes.” It was summed up in the music of that era with lyrics such as those in the song, “Runaway Child:”

“You’re in punishment ‘cause your mother wants to raise you in the right way,

But you don’t care ‘cause you already made up your mind, you wanna run away.”

This includes songs such as “Breaking All the Rules,” “We’re Not Gonna Take It,” and “It Can’t Be Wrong When It Feels So Right.”

I am not even going to get into how bad the lyrics are of the songs produced today. It is nothing but rebellion set to rhythm. The truth is that this attitude began with Lucifer, was adopted by Adam, and since that time this rebellious attitude has been battled by man.

In the 1990s, teens began to express this attitude with a word that actually quite vividly describes it. Anytime someone was saying something that a teen did not want to hear, the teen would just put his hand up and say, “Whatever!” I remember this phrase appearing on shirts, pants, notebooks, television, and in movies. My sister said it all of the time! Everyone said it. At first it was just teens and young adults saying this word, then moms and dads began to pick it up as a part of their everyday language.

John 2:1-11—And the third day there was a marriage in Cana of Galilee; and the mother of Jesus was there: And both Jesus was called, and his disciples, to the marriage. And when they wanted wine, the mother of Jesus saith unto him, They have no wine. Jesus saith unto her, Woman, what have I to do with thee? mine hour is not yet come. His mother saith unto the servants, Whatsoever he saith unto you, do it. And there were set there six waterpots of stone, after the manner of the purifying of the Jews, containing two or three firkins apiece. Jesus saith unto them, Fill the waterpots with water. And they filled them up to the brim. And he saith unto them, Draw out now, and bear unto the governor of the feast. And they bare it. When the ruler of the feast had tasted the water that was made wine, and knew not whence it was: (but the servants which drew the water knew;) the governor of the feast called the bridegroom, And saith unto him, Every man at the beginning doth set forth good wine; and when men have well drunk, then that which is worse: but thou hast kept the good wine until now. This beginning of miracles did Jesus in Cana of Galilee, and manifested forth his glory; and his disciples believed on him.

In this story, we see that Jesus was at a wedding. They began the reception and then ran out of drinks. Seeing the problem, Mary came to Jesus to see if He could help. Jesus answered her a little sharper than we might expect, letting her know it was not His time. Jesus did not touch anything here, nor did anything touch Him. He told them what to do, they obeyed, and the water became wine!

Their attitudes could have been, “Whatever! This guy is nuts! Water from these wash pots? He trying to kill us! I’m not doing that—No way!”

However, their attitudes were, “Whatsoever! We will do what He says and follow His words, no matter what!”

The whatever attitude is actually a variant of the whatsoever attitude. It is the direct opposite. Whatever implies an attitude which says, “I don’t care. I’m not interested in that. I tried that before. I don’t like that. I have had enough of that. I have heard that long enough. I’m done.”

Too many times we as Christians develop this type of worldly attitude. We just say to everything spiritual, “Whatever! I don’t care. I’m not interested in that. I tried that before and I don’t like that. I have had enough of that. I have heard that long enough. I’m done!”

The teenager may say in his heart, “I don’t care about my parents! Hey mom, hey dad, hey grandparents who are raising me…WHATEVER!”

“I don’t care about my future! Hey potential, Hey career, Hey surrender, Hey call of God, Hey will of God…WHATEVER!”

A young person might never say that verbally, but his attitude, spirituality, and obedience to the Holy Spirit at an altar call screams that attitude LOUD and CLEAR!

Whatsoever says, “Lord, anything, anytime, anywhere! I am yours, Lord.”

“Anything my parents ask, anything required for school, and no matter what the will of God is, I will do it.”

Whatsoever is submissive, sold out, given, open, yielded, and surrendered.

Anyone can pretend to be a “Whatsoever” with his lips, but his attitude, spirituality, and obedience to the Holy Spirit at an altar call shows the reality of the heart.

Let me give you three statements about whatever and whatsoever:

A young person does not have to understand everything to do “whatsoever.”

I think one of the biggest reasons why teens say “Whatever” to the Christian life is because they think nobody cares. They cannot understand how someone can care about them and still tell them the sometimes painful truth. They may think that Mom, Dad, Pastor, Youth Pastor, and even Jesus do not care. Similar to Mary in the story of the water turned into wine, the young person may have shared his need with his God-given leader, and that leader gave an answer that was not what the young person wanted to hear. However, just as in Scripture when Jesus met the need and proved that He did care, so did that truthful leader.

Mom cares. She is not perfect and maybe has made some mistakes. She might have some regrets, issues, and problems. However, she loves that young person and wants him to do right.

Dad cares. He is not perfect and has made mistakes, too. He might have said or done things that were not always perfect, but he loves that young person and wants him to do right.

That pastor and youth pastor care! They are both men with flaws. They will not always say things perfectly, but they love those young people. They are trying to lead them in the path of right.

I know He cares,

His heart is touched with my grief;

When the days are weary,

I know my Savior cares.

The choice is for the individual to make: whatever or whatsoever.

It is a choice. Picking whatever or whatsoever is never chosen because of anyone, anything, any situation, or any excuse. It will not be a choice made because of Mom, Dad, Pastor, Youth Pastor, friends, brothers, or sisters. Each young person must make a choice himself.

There are results from choosing whatever or whatsoever.

Years ago, it was the style to paint floors instead of refinishing them. The key was to always paint the corner and work toward the door so that the painters could get out of the room without walking on the wet floors. When the painters failed to follow this rule, often times they painted themselves into a corner and could not get out without stepping on the paint.

A young person will keep burning bridges with the people that love and care about him until one day he will find himself in a little corner, all alone. He will be there and know that anytime someone tried to help him, he stuck his hand in their face and said, “WHATEVER!” At first it seemed funny, and everyone laughed. His friends loved him for it. Then, the more he rebelled and turned from right, the more his leaders reached out to help him. His parents, pastor, and youth pastor tried to help, but he just got mad at them for telling him what to do and for sticking their noses in his business. The “whatever” then evolved from flippant rebellion to anger and hatefulness. Friends started to distance themselves from his bitter “whatevers,” and he grew more upset and turned away from the good friends. To him, no one seemed to want to listen; no one would tell him what he wanted to hear. Eventually he was alone, painted into the corner of rebellion, with no one to help. He had pushed away everyone who really cared and then had to live with the effects of his rebellious and selfish “whatevers.”

One of the best pieces of advice in the Bible is found in John 2:5 when Mary said, …Whatsoever He saith unto you, do it.

Tell Him, “Whatsoever You saith to do, I will do it.”

There Is NO Substitute For Prayer

Go With Different People When Soulwinning

3 Things That Held Jesus To The Cross

Why Have Preaching When You Can Have Great Singing!

Decide Today To Be A Good Man