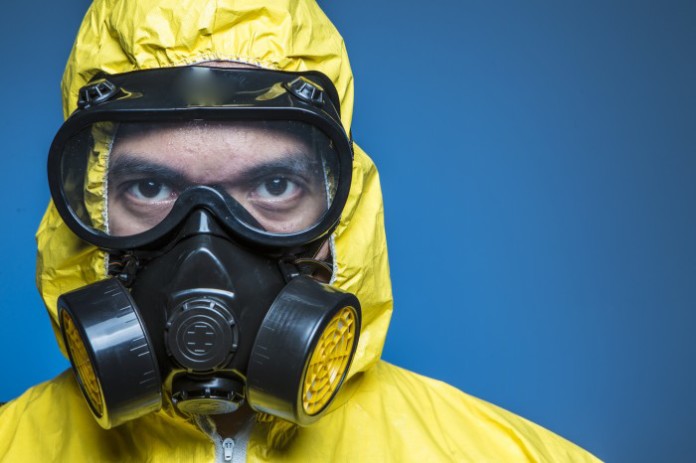 Let God be God! People like to reduce God and His character to their own personal opinion of Him. They will not allow Him to do anything out of the boundaries that they have drawn up for Him to obey. They are so ingrained with “God is Love” idea that they will not permit Him to be a Holy God, or Righteous or a God who insists on Justice. God is a God of Judgement, and He is known by the judgements that He makes. He is more than just a “God of Love”.

For example, a local paper reported recently that only 24% of Americans believe that AIDS disease is a judgement from God upon sexual perversion. 76% do not believe it is. Where do we develop our opinion of God and how He acts from? It is either from studying the Bible, or it is left up to our personal opinion, thereby we become the god of God, and He is under our control rather than vice versa.

But I say, Let God be God, and let us study what He has said about this subject in the Bible.

2000 years ago, Jesus answered a question that was posed to Him: “What shall be the sign of thy coming and of the end of the world? (Matthew 24:3) He answered with many indications that we could watch for, such as cults, wars, rumors of wars, famines, earthquakes, hatred, prejudice and PESTILENCES!

Pestilence is defined: “Disease that spreads rapidly, causing many deaths” according to the dictionary.

By the turn of the century, over 50 million will die in Africa from AIDS disease -(that’s 1/5 of America’s population).

There are between 30-50 million cases in the world of venereal syphilis. 150 million cases of gonorrhea infection. 68,493 teenagers in the free world come down with a venereal disease EVERY DAY!

In a day and age where science and medicine have advanced to unparalleled levels, there is still epidemics of PESTILENCE.

“If thou wilt not observe to do all the words of this law that are written in this book, that thou mayest fear this glorious and fearful name, the Lord thy God: Then the Lord will make thy plagues wonderful, and the plagues of thy seed, even great plagues, and of long continuance, and sore sicknesses, and of long continuance. Moreover, he will bring upon thee all the diseases of Egypt, which thou wast afraid of; and they shall cleave unto thee. Also every sickness, and every plague, which is not written in the book of this law, them will the Lord bring upon thee, until thou be destroyed.” Deuteronomy 28:58-61.

God promised to judge sexual sin. All sex outside of the husband-wife marriage relationship is sin. Hebrews 13:4 says “Marriage is honorable in all, and the bed undefiled, but adulterers and whoremongers GOD WILL JUDGE.”

In 2 Chronicles 21 there is the story of a man names Jehoram who “caused the habitants of Jerusalem to commit fornication and compelled Judah” also. (Verse 11) The prophet Elijah was commissioned by God to write a letter to Jehoram. It said: “Behold, with a great plague will the Lord smite thy people, and thy children, and thy wives, and all thy goods: And thou shalt have great sickness by disease of thy bowels, until thy bowels fall out by reason of the sickness day by day.” (vs 14,15) Shortly after, it was fulfilled. II Chron, 21:18,19, “And after all this, the Lord smote him in his bowels with an incurable disease. And it came to pass, that in process of time, after the end of two years, his bowels fell out by reason of his sickness: so he died of sore diseases. And his people made no burning of his fathers.” Who smote Jehoram with an incurable disease in his bowels? God did!

“And likewise, also the men, leaving the natural use of the woman, burned in their lust one toward another: men with men working that which is unseemly, and receiving in themselves the recompense of their error which was meet.” Romans 1:27

To bring about repentance. It is a chastisement of God to get us to turn back to Him. Study Revelation 16:7-11.

Not all disease is a judgement from God, however. Space does not allow us to study the other side of the coin at this time. Satan can afflict people with physical and mental diseases. Some diseases are the result of violating natural laws such as alcohol or cigarette smoking related diseases. Some are unexplainable. We do not pretend to have all the answers. This one thing we know, however; the Bible teaches clearly that God sends diseases upon the disobedient, especially sexually related diseases.

“If my people, which are called by my name, shall humble themselves, and pray, and seek my face, and turn from their wicked ways- then will I hear from Heaven and will forgive their sin, and will heal their land.” II Chronicles 7:14

There is a penalty for sin, our worst disease and the last enemy that shall be destroyed is death. It is incurable for all have sinned and “the wages of sin is death”. Christ is the antidote for sin, for He paid the penalty in full on the cross for you and I. He died, was buried and rose again and is alive for evermore and can save you from your sins today if you’ll ask Him to!

God has our best in mind. He’s not a kill joy in Heaven trying to ruin all of our fun. The most fulfilled and happiest people in the world are saved people living by God’s standards. They have love, joy, peace and everything else the world is trying to find.

Why don’t you be one of theme God does love you. Yes, He’s a God of Judgement, but He’s a God of mercy to all who turn to Him. “Not by the works of righteousness which we have done, but according to His mercy He saved us, by the washing of regeneration, and renewing of the Holy Ghost.” Titus 3:5

Original article can be found at http://www.fbbc.com/messages/disease.htm

I Don’t Need Another “Version” Of The Bible

5 Ways To Get Through A Spiritual Slump

Does Ultra Free Grace Give You A License To Sin?