My recent studies lead me to the 16th chapter of Acts where we find the first entrance into Europe by the apostle Paul and his team. We also find the first converts in Europe. In these verses, we see a cry for help. These were some of my thoughts.

The Voice of the Spirit

The ministry leading of the Holy Spirit cannot be underestimated in the work of missions. Paul was very sensitive as the Spirit of God stopped him from going to certain places. The Holy Spirit should always be given veto power in our lives and our decisions. Psalm 37:23 tells us that The steps of a good man are ordered by the LORD:… We find in Acts 16 that even the STOPS of a good man are as well.

The Vision of the Sinner

The man in the vision is seen praying for someone to come over into Europe and to help. Paul’s vision caused him to discern the will of God and to do something about the plight of those in Europe. This was a historic decision that brought the Gospel west into Europe and then later further west into the Americas. Had a vision of lost souls needing help been nothing to Paul, we might be just as so much of Asia today, lost in false religion. When Paul arrived in Philippi he found not men, but women praying. God had heard their prayers, and Paul had responded to God’s leading. Are we sensitive to the Holy Spirit’s leading? What are we doing to make a difference in world evangelism?

I wonder how many can identify with the true story below.

I attended a little, German church during World War II which is located near the railroad tracks. Every Sunday morning our congregation could hear the sound of the train whistle as the trains would pass near our church. We knew the train was filled with Jews heading to death camps. I remember it bothered me when I heard the cries coming from the cattle cars where Jews were jammed inside—cries of, “Help us; somebody, help us!” Our congregation dreaded to hear the train whistle and the cries of those Jews fearing for their very lives. The screams for help tormented us. As a church we decided when we could hear the train whistle, we would begin singing our hymns. As the cries for help became louder, we would sing louder. Years have now passed and still nobody talks about it, but I can still hear the cries of, “Help us; somebody, help us!” I have asked God to forgive me for not doing something to help those Jews.

Today, some of us sit in our comfortable churches, singing our hymns, having fellowship, and listening to our sermons while turning a deaf ear to the cry of the lost around us. We do nothing to make a difference. As Jeremiah said in Lamentations 1:12, Is it nothing to you,…?

Is it nothing to me? 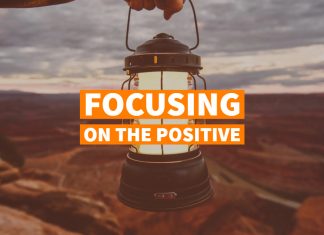 By Jack Trieber Have you noticed that so much is on the rise in this day? For example, interest rates, unemployment, gasoline, and food prices...

5 Ways To Get Through A Spiritual Slump