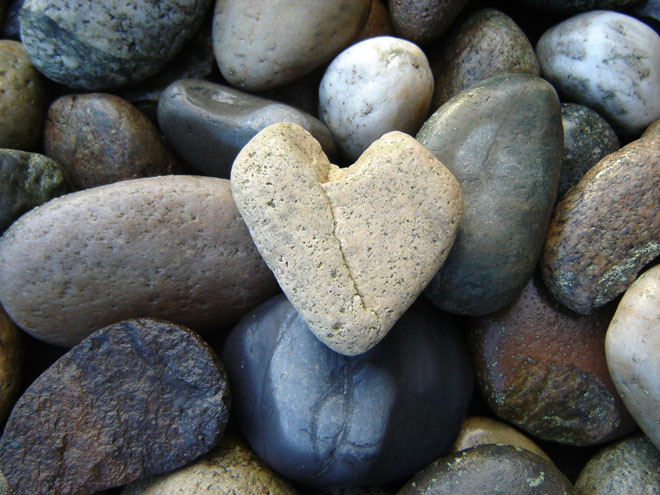 Recently I was looking at the washing machine in basement and noticed what an amazing piece of machinery it is. The thing is almost human! All you have to do is turn it on; it does the rest. It fills, washes, refills, rinses and spins again. To miss any one means that the clothes will not be done properly. For example, suppose that after the clothes wash, the machine were to jump the rinse cycle. Then you would have soapy clothes to wear. Suppose it were to jump the refill cycle before rinsing. Then there would be no water with which to rinse. The clothes cannot be their best unless they take the full time for each cycle.

Life is that way. It is divided into cycles. There is infancy, childhood, teenage, college age, young adult, adulthood, middle age and old age. For one to reach out too soon and grasp one of those cycles or to reach back too far for a missed cycle does not make for a complete, happy and fulfilling life. This is why Mom and Dad do not ride tricycles. This is why teenagers do not drink milk out of a bottle with a nipple. It is foolish for one who has passed a cycle to reach back to a former cycle.

It is equally foolish for one who is not yet to a particular cycle to reach far out and grasp it prematurely. For example, each young person has a right to receive the fullest of each part of life. Sometimes a teenager will want to marry prematurely. Perhaps a young lady will marry and in a year or so have a baby. She loves her husband and she loves her baby, but she should have waited a few years until the cycle for marriage came. While she should have been in college experiencing dormitory life and enjoying that part of life’s cycle, she couldn’t wait. She reached out and grabbed a part of life for which she wasn’t ready, thereby missing a part of life that will cause her regrets as long as she lives.

Life is short, but it can be enjoyed to its fullest only when we five it as it comes to us as God planned it. Of course, young people should look forward with anticipation to marriage, but they should remember they are now living in days to which they looked a few years ago. They should enjoy the present. We should all let life’s cycle give its fullest at every position. Don’t grasp prematurely the next stage in life. Live this one until it has run its course, and then the next one can be enjoyed to its fullest.
We can all take a lesson from the washing machine. If we want to turn out to be our best, our cleanest, and our most useful, we must take life as it comes, not reaching forward to that for which we are not ready, not reaching backward to that which we have passed, but living today as God planned it for us.

There are several dangers involved here. Of course, one is jumping over a cycle or shortening it by marrying too soon, by quitting school and getting a job, etc. This is caused by an intense desire to grab the future rather than enjoy the present. The type person that does this seldom enjoys any phase of life, for he is so desirous to reach out and grab the next that he does not enjoy the present one.
Still another danger is causing one’s mate to miss one of the cycles of life. Sometimes a young man, because he has improper counsel and because he wants to marry prematurely, will marry a younger causing her to miss some of the most wonderful of life. Of course, the young lady must also share responsibility of the mistake, but whatever the cause she still misses all or a portion of a vital part her life.

There is still another danger, that of holding off a cycle. A young person may decide to put off college a year so he can work for money with which to his college tuition. This is also dangerous. In most this person never gets to college. He becomes accustomed to a certain life-style from which he must retreat if he goes to college. More often than not he never enrolls in college.

There is also the danger of going too fast in one cycle and too slow in another. A teenage couple may get too close too soon so that their romance will ripen before they are ready for marriage. The wise young couple will prepare to marry at the end of their college training. They will, therefore, pace their degree of closeness according to the number of years that will elapse before college graduation. This means that their love will ripen so as to reach its peak on their wedding day. If this is not the case, one of three things will happen. (1) They will break up because they have gone too far too fast and are emotionally and physically ready for marriage at a time that is premature. (2) They will do wrong because they have not saved anything for the remaining days before marriage. (3) They will marry prematurely cheating themselves of both the enjoyment of the present phase of fife and the proper preparation for the next phase.

The Boy-Girl Relationship Cycle
There is another of life’s cycles which deals with human relationships. For a girl it is as follows: parents, girls, girls and boys, boys, a boy.

For a boy it is as follows: parents, boys, boys and girls, girls, a girl.
As a child, one is occupied primarily with his parents. He then comes to the next phase of his life where he is occupied basically with members of his same sex. Boys have their clubs and circle of friends. Girls have the same. At this time in life all boys plan to live a life that is single and each boy covets the presidency of the girl-haters club and all girls think that every boy is a nuisance and a bad invention.

In a few years, however, something begins to happen. Nature does its work and there is a period when boys become attractive to girls and girls to boys. This is the boys and girls cycle. During this cycle the normal girl will retain her closeness with her girl friends and yet will begin to show an interest in boys in general. Boys, likewise, continue to spend time with each other but also become involved with girls.

It isn’t long until another cycle is reached. Girls like to be around boys and boys like to be around girls. During this stage it is unwise for one to settle down with one member of the opposite sex. Soon, however, the normal young person will find the one for him and enter into what for a girl is the boy stage ‘and for a boy is the girl stage. When the right one is 41mmd, then the romance must be paced according to number of years between the finding of the right and college graduation or the suitable wedding.

Now it is important for the happy, well-rounded to enjoy each phase of life in its completeness. All of us know some who have missed a phase or have too long in a phase. For example, we all know people who have stayed tied to Mama’s apron strings. We know other young people who dated too and settled down with one member of the opposite sex too soon, etc. The wise young person will enjoy each stage to its fullest while readily accepting the new one when it is time for it to come.

This cycle is for a purpose. If followed carefully it make it much easier for a young person to find “right one.” If these cycles are abbreviated, it leads young people to become so emotionally prematurely that they will have to do get married or break up. This is sad, for in cases the two would have married and should married, but had to break up because of premature emotional involvement and forfeited each other for life. The wise young person will accept life’s cycles as they come, not prolonging one or reaching out to grasp one prematurely, but will accept each one as it comes, enjoying it to its fullest and happily going to the next.

What is a Fundamentalist?

8 Reasons Dealing With Your Past Will Help With Your Future

Wisdom That Comes Only From Soulwinning