Sadly, just like Samson, these churches’ strength became their weakness.

They no longer win thousands to Christ; they no longer bring very many people to church; and they no longer see great numbers baptized. No longer are they influencing Christians to do great things for God. The power of God seems to have left them. They, like Samson, seem blinded to truth. They are even preaching “shady” things with new terminology unknown to fundamental Baptists. Like Samson, these churches seem to be spinning in circles, wasting time by grinding over new methods that fail to work. Let us not fall into this trap of allowing our strength to become our weakness. Let us understand how strength changing to weakness began in the life of Samson.

We must not allow someone’s influence to cut off the emphasis of soulwinning and reaching people for Christ in our ministries. If we do, death will be the end result.

We must not allow someone to talk us into replacing our strength with weakness, meaning the new methods that will not work.

Samson realized his error a little too late. His ministry was almost over when he realized his mistake. Yes, his strength came back, but only temporarily as he committed suicide. Samson died a premature death because he gave his strength to an enemy of God. I often wonder how much more God could have used Samson to change the lives of others? How many more could have had their lives influenced, and how many others could have been saved?

We must not fall into the same trap into which Samson fell. We must guard our strength and the power of God in our lives. We must not give our strength to the religious “Delilahs” and the ungodly “Philistines” of this world who just want to rob us and “cut off” the power of God from our lives. The devil knows what he is doing to our independent fundamental Baptist churches. He is trying to cut off our strength of winning people to Christ, reaching converts, filling up our church buses, standing for old-fashioned convictions and standards, and promoting godly, conservative Christian music. Let us strengthen our strengths, work on our weaknesses, and get back to the biblical methods of true Christianity. 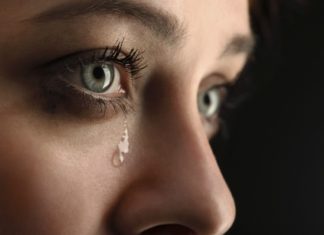 Man lies to himself and then believes the lie. The lies of Intellectualism are endless: We're objective, We're critical thinkers, We're rational, We're "scientific," We're REALISTS, We're factual, We're unbiased, We're empirical, We're honest, We're thorough, We don't need the "crutch of faith," We don't force what we believe on others, etc. Most "Intellectuals" don't possess enough intellectual honesty to publicly admit their own beliefs and belief systems. (Evolution, Atheism, Agnosticism, and Humanism are all BELIEF SYSTEMS.)

Do You Ever Think “When Is God Going To Use Me?”