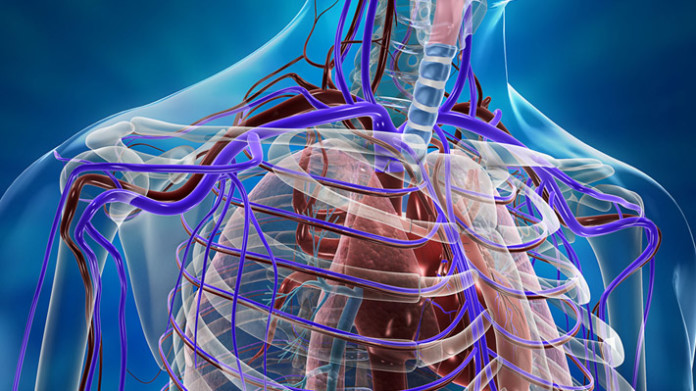 William Harvey is quite possibly the most important human physician in history.  In the year 1615, he discovered how blood circulated through the body.  It was thought previously that the liver and the heart each produced blood and that there were two separate unconnected loops through which it moved and was used up by the organs before being remade by the liver and heart again.  Harvey proved this to be an impossibility. Harvey eventually discovered that there was one closed system through which blood not only moved through the body and was “used” but that it was taken back to the heart and reused.  This knowledge was instrumental in the understanding of how disease passes through the human body and how or where it can be stopped.

In this same fashion, as a Christian, how can we truly understand how to keep temptation/sin from affecting our lives if we don’t understand how it enters our body and how it ends up in sinful action that affects us and others?  The Bible reveals this pathway, allowing us to understand where we can and must stop it.

I. THE ENTRY POINTS – The Eyes and Ears

While they are often referred to as the eye-gate or ear-gate, they are not actually “gates” at all.  They are always open.  Our eyes and ears are not, of themselves, selective.  They simply transmit.  They take outside information and pass it on to our brain.  This is why it’s so important to be careful what places we go, the things we turn on the television, the music we listen to, where we surf to on the internet, and what people we talk to.

Psalms 101:2,3  “I will behave myself wisely in a perfect way. O when wilt thou come unto me? I will walk within my house with a perfect heart.  I will set no wicked thing before mine eyes: I hate the work of them that turn aside; it shall not cleave to me.”

Proverbs 24:1,2  “Be not thou envious against evil men, neither desire to be with them.  For their heart studieth destruction, and their lips talk of mischief.”

As Barney Fife used to say, “You’ve gotta nip it…  Nip it in the bud.”  We cannot unsee or unhear something.  But we can do our

best to put ourselves in a position where we don’t see or hear it in the first place.  Throw away anything in your house that is detrimental to your Christian walk.  Unsubscribe to magazines that yield temptation.  Put filtering software on your computer for the Internet.  Break those CD’s with music you know you shouldn’t be listening to.  Even go so far as to get rid of your Ipod/Ipad if you can’t stop yourself from watching/listening to the wrong things.  You know what tempts you, so don’t let it.

You cannot stop something that is before your eyes or ears from entering your mind.  It is however possible to stop yourself from seeing or hearing the wrong things very long.  The less exposure to them, the less influence those things will have in your mind.  You might not be able to avoid seeing an inappropriately dressed member of the opposite sex, or a commercial for something wicked/sinful, but you can stop yourself ASAP and diminish it’s influence.

Just because something enters your mind does not make it your sin.  Christians often beat themselves up over something they cannot control.  Don’t live a life of constant guilt because a sinful thought enters your mind.  When Jesus was tempted by Satan in the wilderness, the temptations entered his mind.  The only way they wouldn’t have is if he had blinded his eyes and plugged his ears, but then he wouldn’t have actually been overcoming temptation.  He simply would have never experienced it.

Hebrews 4: 15   “For we have not an high priest which cannot be touched with the feeling of our infirmities; but was in all points tempted like as we are, yet without sin.”

Temptation is not our fault.  We aren’t responsible for wickedness outside of ourselves that enters through the eyes or ears without our choice.  It is when we allow that temptation to move beyond our mind that it becomes our sin.  The mind can have great influence over our heart.  The key is recognizing that this is where our sin nature lies, and that it will fool us if we value it’s opinion over God’s word.  After all, the mind is the source of our feelings, and recognizes that  that there is pleasure in sin for a season, and wants only to achieve pleasure.  We are called to fight against it.

2 Corinthians 10:5   “Casting down imaginations, and every high thing that exalteth itself against the knowledge of God, and bringing into captivity every thought to the obedience of Christ;”

III.  THE POINT OF NO RETURN – The Heart

The heart is the center of your being.  A wicked thought in the mind is a temptation.  If that temptation is entertained long enough, it will be allowed to enter the heart, at which point it becomes sin.

James 1:14,15  “But every man is tempted, when he is drawn away of his own lust, and enticed. Then when lust hath conceived, it bringeth forth sin: and sin, when it is finished, bringeth forth death.”

Lust occurs within the mind.  It “conceives” in the mind and therefore enters the heart, which is where it can become adultery.

Christ was sinless, despite temptation entering his mind, because He stopped it there, and refused to allow it into His heart.

The heart is where it not only becomes sin, but where it is molded/conceived into sinful action.

Proverbs 6:12-14  “A naughty person, a wicked man, walketh with a froward mouth.  He winketh with his eyes, he speaketh with his feet, he teacheth with his fingers; Frowardness is in his heart, he deviseth mischief continually; he soweth discord.”

Temptation can’t become sinful action if the “frowardness” is not allowed to enter our heart.

IV. THE POINTS OF ACTION – Our Physical Body

James 3:5   “Even so THE TONGUE is a little member, and boasteth great things. Behold, how great a matter a little fire kindleth!” (emphasis added)

Sin injures us at the point it enters our heart.  It injures others when it becomes action.  Barring some significant outside occurrence, sin in the heart will without a doubt become sin in action.  Once we’ve allowed it to enter our heart, it is only a matter of time before it makes it’s way to the outside world.  Once it does so, it becomes temptation for another, and the process begins again.  It is a terrible epidemic.

The seed of sin is temptation.  The seed is planted through the senses (through our ears, eyes, etc.)  It must be watered in the mind.  With enough watering it will take root in our heart.  Once taking root, it will bloom in our actions.

Don’t beat yourself up every time a sinful thought enters your mind.  Just don’t be so naive as to allow it to remain there for long.  Repent of it and move on.  As with any disease, early detection is the key!

10 Ways To Avoid a Mid-Ministry Crisis

The Benefits Of A Great Prayer Life

Yes! There Are Some Things You Should Remember.

3 Steps To Discovering God’s Will For You

Be The Christian You Expect Your Pastor To Be