Biblical Dress- Is There More To The Issue? 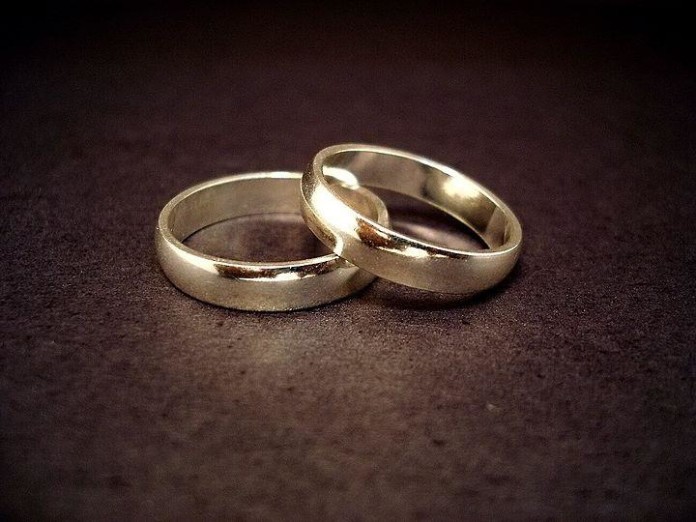 Same-sex marriage, mothers no longer working in the home, families going their separate ways with no time together, the feminization of men, the masculinization of women. These are the things I see as I look out over the landscape of our country. I find myself asking, “Where has manhood gone?” and “Where has femininity gone?”

As I read the messages preached and the books written by my mentor, Dr. Jack Hyles, I sense in him a concern for the direction in which our country was moving with regards to manhood and womanhood. He even preached a sermon, which later was published in booklet form, on the subject of the unisex movement.

Today we seldom even think about it yet so many of the things about which he warned us have now come true and for the most part we have accepted them. We have lost the distinction between the sexes. We’ve lost the pride of masculinity and femininity. In fact, society derides both.

Perhaps nothing has brought more criticism to Dr. Hyles than did his strict position on women wearing pants for those in church leadership. He never wavered on that position, however he never treated women who wore pants with disrespect or unkindness. He NEVER made the issue of a woman wearing pants as proof of whether or not she was a Christian, or whether or not she loved the Lord. The issue really was not as much about the individual as it was with the whole.

He saw us moving away from the distinctiveness of the sexes towards a homogenous sameness that he felt was wrong. He saw the issue in ways that others did not. It was more of a philosophy that he preached. Deuteronomy 22:5 meant more to him than just a matter of women wearing pants. It stood for something much bigger. It stood for the fact that men should dress like men and women like women. Even in Bible days the distinctions were very clear and he wanted for them to remain clear in our day.

Did we somehow become lost and confused as to what the issue was really about? Does it really not matter if men dress differently than women and women than men? Is it really important that there be a distinctiveness between masculinity and femininity? The issue wasn’t as much about pants as it was principle. He was looking at a much bigger picture than most. Perhaps we saw the issue to vaguely. Perhaps we missed the point entirely.

Many men who once agreed on the issue of pants have now changed their position. Perhaps the position was too small or too narrow in the first place. Perhaps pants in and of themselves was not the issue. Perhaps the real issue was the matter of the distinctiveness between the attire of men and women. Pants gave us a focal point for the real issue, which was that men ought to dress like men and women like women.

Has that changed? Does it matter? Should we care if boys dress like girls? Should it matter to us if girls dress like boys? Is it really relevant? There has always been a focal issue that rallied us behind a principle. Long hair on men rallied us against rebellion, which was the bigger issue. Pants was the focal point for the principle of women not dressing like men. Yet when it comes to the issue of women wearing pants we seem to have missed the point. What is the point? The point is the Bible principle.

If you are an honest person you will have to admit that females in public have taken the half off sale seriously. Hip hugging skinny jeans revealing mid riffs. I travel every week of the world around this great nation of ours. It is embarrassing for a man who is doing the best he can to keep his heart right with all of the female flesh on display.

The Mrs. Cleaver look was in almost every home in 1950’s. Not so in either the home or the house of God, in a lot of cases, in this new Millennium. If God wanted a distinction in the Old Testament how much more does He desire it in the New Testament.

Distinction was brought to a higher level in the New Testament. (I Timothy 2:9) Deuteronomy 22:5 has been elevated to “modest” clothing. No skinny jeans here! The Bible principle is for today.

So, if the principle is still true why are we criticizing those who took a stand regarding women wearing pants? I for one must allow others to disagree on the issue, but I’m concerned when they ignore the importance of the Bible principle upon which we built that position. If we lose the principle then we lose the purity of the Scripture.

They don’t know my heart because they haven’t taken the time to understand why I take my position. My position on this issue is based on principle not preference. I am tolerant of those who disagree with my application but should we be tolerant to those who ignore the principle entirely?

The principle is not up for debate, so why would you criticize my commitment to a principle even though you may not like my application of that principle? The principle is that men are to dress like men and women like women and there must be some distinction.

If you’re going to criticize me because I have put some kind of distinction into the principle then tell me what your distinction is based upon that same principle. Whether Deuteronomy 22:5 means pants on women or not it must mean something? What does it mean? Explain it.

Don’t tell me that men wore robes in the Bible as your excuse? Trust me, the attire of men and women’s clothing was very distinctive. There was no question as to what was a man’s clothing and what was a woman’s clothing. My challenge to you is not proof of whether pants on women is right or wrong but whether or not you know what it means to you.

We’ve been called legalists because of a standard based upon a Scriptural principle found in Deuteronomy 22:5. We were not trying to set the standard for everyone. There was a time when public schools made the same distinction and female students were prohibited from wearing pants. There was a time when only women that society considered loose wore pants.

I’m not suggesting that’s true today, but what I am suggesting there is a Bible principle that we are not discussing honestly. Those who take a position are being ridiculed by those who have no position on a very clear principle.

I remember in 1959 when the PTA of our public school held a meeting discussing whether or not they should promote a “Slack Friday” for the girl students. I have often wondered why they did not allow “Skirt Friday” for the boy students? Now in the public work places it is “Slack Week.”

Tell me pastor what should women wear, or does it matter? What should men wear? Does it matter? This is not legalism. This is applying principles to our lives. There’s a legitimate reason that we took the positions we took. I’m saddened by the condition of our country, but I am not surprised. Same sex marriage is a result of the casual way we have dealt with issues in our country and even in many churches.

This smacks of a “oneness” move in fundamentalism that wants to absorb all issues into a “distinctness lessoning” position. I read the BLOGS and it worries me that if you take a contrary stand or an aggressive stand on issues you are causing the cause to not dwell in unity. We are not Catholics! We are not a part of a “universal body.” When the cause becomes greater than the truth we are on a downward spiral spiritually.

We are a nation that has completely lost its mind and its morality. Yet we are criticizing men who say women shouldn’t wear pants, because women are commanded to dress differently than men? How dare you be so concerned about a man who preaches against women wearing pants that you neglect to acknowledge that the distinction between the sexes has been broken. Yet, it is a distinction God gave us.

So, now I put the responsibility back on your shoulders. Tell us what to do? If there’s no problem then there’s nothing to worry about, but I think we all know there is a problem. Dr. Hyles was right. The unisex movement is a satanic pursuit to blur the lines between the roles and identity of men and women. How do we fix it? What’s the standard going to be? Is there going to be no standard? I think it’s time to give it a second thought.

If the pastor’s wife has no distinction in her dress, then no wonder the pastor has lock-jaw and is like the Ant-Artica and frozen at the mouth. This makes it difficult to lead a local church let alone a movement.

Christians who believe in traditional marriage were shocked at the in your face sodomy display at the NFL draft. The truth is they may have to look in the mirror and figure out what happened to the distinction of the sexes as having laid the foundation for this and other woes. This is NOT hate speech, this is Scriptural speech. We are losing ground because we have lost the distinctiveness God gave us!
by Bob Gray Sr.

Original article can be found at http://www.bobgraysr.com/2014/05/there-is-more-to-this-than-meets-eye.html