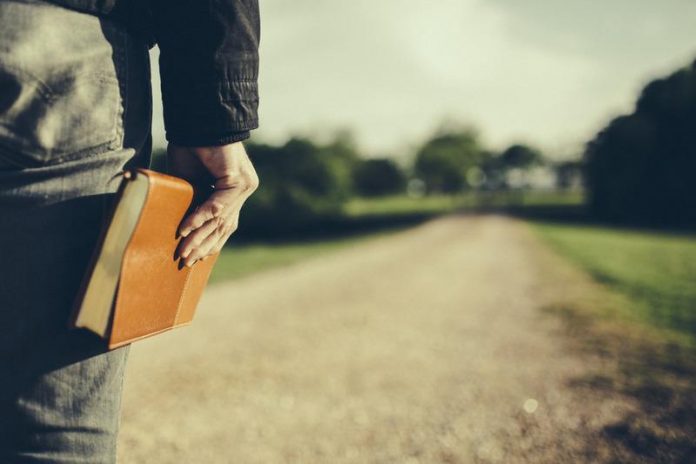 We make here some brief suggestions that have proved helpful as people plan to win souls.

1. Pray earnestly before you go.

Pray for God to guide you where to go and what to say. Pray particularly for the power of the Holy Spirit upon you. Remember, soul winning is a supernatural business and no one can do it without supernatural help.

2. When going among strangers, and from house to house particularly, it is often wise to go two by two.
It was so when the Lord Jesus sent the apostles and the seventy. One paralytic man was “borne of four” to the Saviour. Usually, in dealing with one particular person, one person should do the talking while the other tries to see that there is no interruption. Sometimes he will play with the children or answer the doorbell or telephone. The fact that he is there will give courage and moral support to the worker who is speaking and will add weight to his testimony. Perhaps in the next visit the silent partner should take over. But to interrupt and both try to speak at the same time generally leads to a discussion and sometimes to argument that is not helpful. One person should do the talking, as a general rule.

3. Dr. Jack Hyles, in the little book, HOW TO BOOST YOUR CHURCH ATTENDANCE, says: “Be clean and neat.”
If a person is going to be a soul winner he must not be offensive to the people with whom he talks. It is a definite asset for a soul winner to be careful to bathe often, to avoid body odor. Teeth should be brushed, and breath should be tested. Carry mints in your pockets or some good flavored chewing gum which will help keep the breath from being offensive. One of the most damaging things in soul winning is the effect of halitosis. By all means, a soul winner should watch this carefully. The soul winner should also be neatly dressed. A lady should be dressed conservatively, and I think it is best for a man to at least wear a shirt with a tie.
A good salesman tries to avoid baggy pants, dandruff, or an unshaven face. The soul winner ought to look like a respectable, trustworthy lady or gentleman.

4. The soul winner should always have his New Testament with him.
Of course, the personal soul winner would expect to use the Bible, but a large and cumbersome Bible may frighten the people at whose door you stand. A New Testament in your pocket is unobtrusive, readily available, and usually all you will need in winning a soul. Generally it will be best to hold the Bible so that the one with whom you deal can read it easily. Point your finger to the verse as you read it to him, or sometimes you may ask him to read it. But Christians should avoid trying to make a big show of being religious. You do not come to appear like a preacher but as a Christian friend to do the man a favor. Sometimes the Scriptures you want to use may be available in a tract, but it will be more impressive if you show the one with whom you deal the verses in the New Testament.

5. Be pleasant, considerate, courteous.
Don’t be bossy. This is simply another way of saying that there ought to be a genuine, warm love in your heart for sinners, a compassion, a sympathetic understanding of people, and a liking for people. I have known people to try to win souls who did not even shake hands, who did not say even a pleasant “good morning.” Sometimes people try to win a soul when they do not even know the man’s full name, whether he is married, whether he has any children, where he works. I think that I was able to win a Catholic woman in Norfolk, Virginia, largely because I was attracted to her little three-year-old girl and made friends with the little one and took her in my arms. In Texas I won a hardened sinner because I came to see his new baby and was interested in the baby. One must love sinners and show it, be interested in what they are interested in. An Orthodox Jewish man kept me for two hours when he found that I talked with real interest to him about the Passover, about the dietary laws of Leviticus, about the offerings and priesthood of the New Testament and the meaning of circumcision.  Sometimes because of company or a date or pressing duty, the one on whom you call cannot spend much time with you. Be kind. You might ask, “Could I come back to see you this afternoon?” or “If you like; I will call another time.”

6. Stay on the main track.
You come to talk to people about sin and the Saviour. I know one man who went out on visitation hoping to win souls, and he argued with a man for nearly an hour about the tobacco habit. Someone intended to call on some Catholics in an effort to win them to Christ, and asked me for literature proving that the mass was wrong, that the popes were not all good men, and literature to show that the papal infallibility was a false doctrine! When I talk to a Catholic, I never start out to show that Protestants are right and Catholics are wrong. Instead, when I speak to a man about his soul and he says, “Well, I am a Roman Catholic,” I frequently say, “Yes, and it happens that I am a Baptist. But I know that many, many Baptists are not good Christians and I am sure you know some Catholics who are not good Christians.” I suppose every Catholic will assent to that.
Then I sometimes say, “Well, it is clear, then, that to be a member of a church, whether my church or your church or any other church, is not enough unless one is right with God in his heart.” And every sensible person surely would agree to that. I have never had it challenged. Then I say, “Well, the important thing is whether or not you know your sins are forgiven, whether you have come to Christ and trusted Him personally and have assurance that He is your own personal Saviour.”
The simple truth is that one may be a Catholic and be saved (I fear that most Roman Catholics are not, but that is not the point). The important thing is not to deal with the differences between Catholics and Protesants, and not to show anybody that their convictions and rearing and traditions are wrong; the important thing is to bring every sinner to face the fact that he is a sinner who needs forgiveness, and to show him that Christ is ready to save him.

I never say, “You are a sinner.” Instead I say, “Of course, you know that we are all poor sinners, and Christ died to save sinners like you and me.” In the first place, it is true that I needed the same Saviour as others do. It is also the courteous and considerate way to state the matter.

Somebody says, “How shall I deal with a Jew?” Deal with him like a sinner; you and he both need the same Saviour, and so with loving and considerate heart you can tell him that you know the way one can have his sins forgiven and have peace in heart, and you would like, if he will allow you, to show him from the Scriptures how he can know. Stay on the main line. Don’t argue about eternal security, about holiness, about the Second Coming, or worldly amusements, or habits. Don’t argue over denominational differences. Keep the conversation on the simple plane that all of us, therefore including the friend to whom you are speaking, are sinners and need the Saviour, and show him that by the Scriptures. Stay on the main track.

7. The soul winner should largely control the conversation.
Dr. Jack Hyles suggests that if the person with whom you are dealing brings in some other subject, asks questions as to where Cain got his wife or why God allows war or why there are so many denominations or about hypocrites in the church, you say something like this: “That is a good question. Remind me after a little bit and I will try to answer it, but first, let me tell you this ….” An unsaved woman who talked to D. L. Moody insisted that she saw no harm in the theater and the dance. D. L. Moody wisely said, “I promise to answer that to your satisfaction if you will first trust Christ as your Saviour.” After she trusted Christ, she found the problem already solved in her heart.

You are dealing with the most important subject in the world. You should have planned ahead of time some simple steps. I beg you, try to control the conversation and lead through the matter of the guilt of sin, the free salvation paid for by Jesus Christ, and the fact that this salvation may be had at once by personal faith in Christ. Then press for a decision.

The Power of Praise in People’s Lives

The Seven Saddest Sayings for Sinners: #6

How The Devil Tries To Discredit The Word Of God