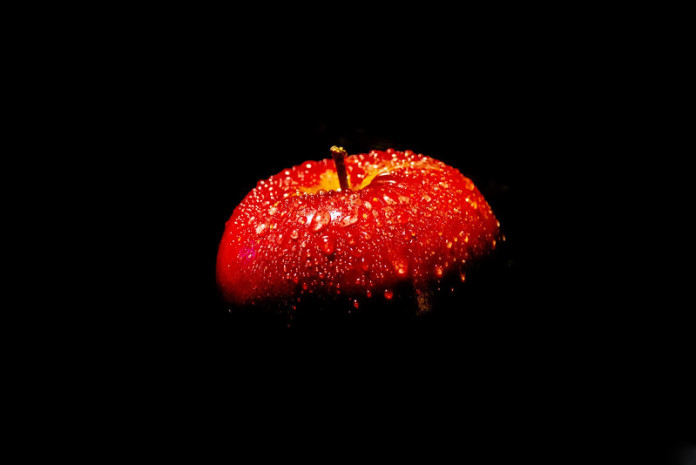 I feel strongly led to speak today on the Subject of adultery. The subject should not even have to be discussed in a Christian environment according to the Bible. 1 Cor. 5:1 states that the sin of fornication of the type described, a stepson with a step mom, is “not so much as named among the gentiles.” According to Hebrews 13:4, “Marriage is honorable in all, and the bed undefiled: but whoremongers and adulterers God will judge.” This statement of the Word of God goes beyond the walls of the Church and deals with everyone.

The Ten Commandments of Exodus 20 were delivered to the Jews and contain the Law of God in three aspects: 1. Civil law. 2. Ceremonial law. 3. Moral law. The only one to have never changed is the Moral law of God. We are not under the civil law of the Old Testament, and we are not under the ceremonial law of the Old Testament. However, the whole World is under the Moral Law of God. The seventh Commandment is “Thou shalt not commit adultery.” That Commandment has never changed. It reaches beyond the Jew and brings all the World under the judgment of God in the breaking of it. 1 Cor. 6:9-12 should be read here to see that adultery is listed with other immoral sins of the unsaved. Notice that verse 11 though, puts those sins in our past after Salvation. The woman caught in the very act of adultery (Jn.8) was sent away without condemnation, without the sentence of the Law of God in the Old Testament, stoning. She was told by Jesus, “Go, and sin no more.” Gal. 5:19 lists this sin as a work of the flesh with other immoral sins and brings this judgment in verse 21, “of the which I tell you before, as I have also told you in time past, that they which do such things (the list) shall not inherit the kingdom of God.” I am totally amazed today at the people who live in adultery and claim Salvation with full confidence. Yes, a Christian can commit adultery, but not without the judgment of God, and not without the condemnation of conscience, conviction. Be sure your sin will find you out!

“Marriage is honorable in all, and the bed undefiled: but whoremongers and adulterers God will judge.” I highlighted the last three words of that verse to show that adultery does not go unnoticed by God and will always have a response from God. You can be sure, “your sin will find you out.” I am sure that someone is reading these articles and the warning has sounded a serious note in the heart. In dealing with people over the years, one of the hardest things to discern is the difference between being sorry about being caught and being repentant about being sinful. Some people are only sorry they got caught, not repentant about being sinful. Very rarely does a person keep it covered, even years later it surfaces. Regardless, the guilt never goes away.

Turn to and read Proverbs 6:25-33, “Lust not after her beauty in thine heart; neither let her take thee with her eyelids. For by means of a whorish woman a man is brought to a piece of bread: and the adulteress will hunt for the precious life. Can a man take fire in his bosom, and his clothes not be burned? Can one go upon hot coals, and his feet not be burned? So he that goeth in to his neighbor´s wife; whosoever toucheth her shall not be innocent. Men do not despise a thief, if he steal to satisfy his soul when he is hungry; But if he be found, he shall restore sevenfold; he shall give all the substance of his house. But whoso committeth adultery with a woman lacketh understanding: he that doeth it destroyed his own soul. A wound and dishonour shall he get; and his reproach shall not be wiped away.”

Proverbs 7 gives the story of a woman whose husband is out of town and she seduces a man. Here is the result given in v22-23, “He goeth after her straightway, as an ox goeth to the slaughter, or as a fool to the correction of the stocks; Till a dart strike through his liver; as a bird hasteth to the snare, and knoweth not that it is for his life.”

You must consider friend, that there is a deceptive work of Satan going on in the process, as you first think to commit the sin and then as you actually carry through with the act of adultery. The deception is this: “I will not be caught.” “No one will find out.” “This will not cost me.” These are all lies of the devil (John 8:44; John 10:10). You will be caught and you will pay a dear price.

I quoted Proverbs 6:25-33 in article 2 without much comment. Looking back there, we need to see the high cost of committing the sin of adultery. I also pointed out Hebrews 13:4 which states that “God will judge” those who commit this sin. There is “Pleasure in sin for a season”, but that pleasure is not a lasting one.

King David, A man after God’s own heart, committed the sin of adultery with Bath-sheba in 2 Samuel 11. He tried to cover it up by bringing her husband, Uriah home from the battlefield. He thought Uriah would sleep with her, and then think the Baby was his. Strangely enough, Uriah slept at the door of the King’s house and did not go in to her! Next, David got him drunk, but he still did not go in to her. The final step was to write a letter to Joab, sent by Uriah, to have him put on the front line in the hottest battle that he die. Uriah died. David was confident that he was free. He told the messenger that brought the news to tell Joab “Let not this thing displease thee, for the sword devoured one as well as another: make thy battle more strong against the city, and overthrow it: and encourage thou him.” Then v.27 states, “But the thing that David had done displeased the LORD.”

Chapter 12 begins with these words, “And the LORD sent Nathan unto David.” Nathan gives him a little story about a rich man with exceeding many flocks and herds, taking the one ewe lamb of a poor man. David became angry against the man and pronounced the death sentence on him, and said he shall repay four-fold. Nathan put his finger in his face and said, “Thou art the man.” You should read the Judgment pronounced on David. He paid four-fold, in his children. Even though David immediately repented in v13, Nathan told him of the consequences of his sin. Verse 12, “For thou didst it secretly: but I will do this thing before all Israel, and before the sun.” Read Ps 51 for David’s cry of repentance. Though he got some things back, some he lost forever.

You should consider the long term effect of a brief moment of pleasure!

If you are involved in an adulterous relationship or you are on the verge of one, you should turn in repentance NOW! Soon it will be too late and you will PAY A HEAVY PRICE! It will not go unnoticed by GOD.

Original article can be found at http://www.holybiblesays.org/articles.php?ID=4

In Soul Winning Confidence is Knowledge

Do You REALLY Love Jesus?

What We Cannot Do With Our Sin