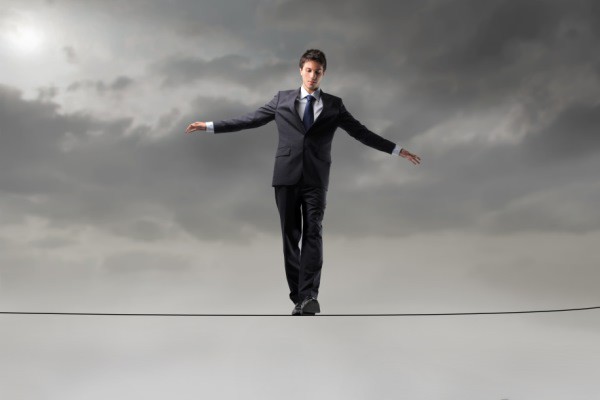 I will admit…I struggled with this passage of Scripture. At first, it was a battle to accept the Sovereignty of God. Here was Ezekiel doing his best to obey God in a time when very few were doing so. Ezekiel was doing his best to get God’s Word to a wayward Israel so that they might repent. And in return God takes Ezekiel’s wife, and uses the circumstance of her death to send yet another message to Israel. That’s a hard thing to swallow. But God is God. And who is finite man to understand, or even question his ways.

As I prayed and repented of my pride towards God and His Sovereignty and even confessed my lack of understanding of Ezekiel’s circumstance and the death of his wife, God began to show me a great lesson that could be very applicable to my own life, and even in the lives of other preachers today. It is the fallacy that so many men in ministry make, which is “Family First.”

I’ve heard this phrase used often, and have even said it in my own ministry. But I’ve often seen it used when men are quitting the ministry or leaving the mission field. Because this fallacy has been drilled into our philosophies and thinking, when the needs of our families are not being met or we suffer in the slightest of circumstances we view this as a sign to move from where God has called us. However, Ezekiel never moved.

Before you move away from my blog or your blood pressure gets too high, let me be clear. It is not “family first,” nor is it “ministry first.” It is a balance between the both. And “BALANCE” is a word that I find myself often saying in ministry as well.

Pastor, if you are not balanced and spend enough time with your family, then you will lose your family and in turn lose your ministry. You will lose the affection of your children. You will lose the leadership position you are to have in your home. We have all seen plenty of examples of the family being sacrificed on the altar of ministry, which is why the teaching of “family first” has become so prevalent today.

However, when the pendulum swings too far the other way and family comes before ministry, the same consequences will take place. A preacher that quits on God, lacks in faithfulness, and removes his family out of the will of God because “family comes first” will also lose the affection of his children and the leadership of his home. I would rather have my family suffer a little, but also see a father with grit and determination for God than for them to see a man quit on God and leave where God has called him.

Ezekiel loved his wife. God called her Ezekiel’s “desire of thine eyes” in verse 16. He would have wept for her and mourned for her, which is why God told him not to. However, Ezekiel also knew God had called him to preach the Word as well. And Ezekiel was faithful in God’s calling.

Be balanced. Love your family. Have grit for God. And preach the Word!

Original article can be found at http://thebiblebaptistcassville.org/the-fallacy-of-family-first

14 Things You Should Be Praying About For Your Kids

Do We Need More Street Preaching?

The Way Satan Breaks Down Separation