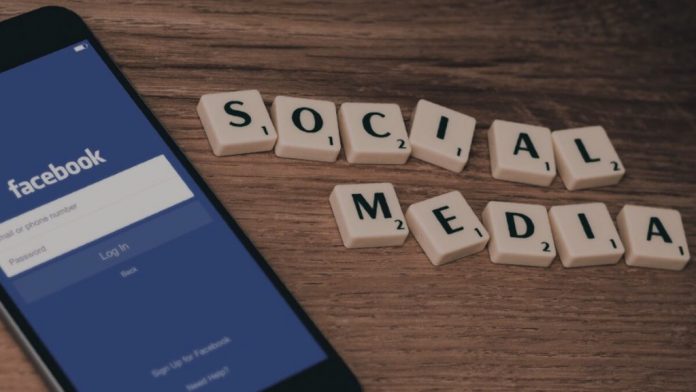 John recently decided to go through and clean out some of his friends and followers on social media. He had noticed that his spirit had been a bit negative and even critical in recent days. He wondered if perhaps social media was having too much influence on his spirit. What could it hurt if he went through his accounts to see if maybe there were some friends on Facebook that did not belong? While he was at it he would check out who he was following and who was following him on Twitter. He discovered that there were some Facebook friends that needed to be deleted. There were some followers on Twitter that needed to be blocked as well. Here are some of the friends and followers that he decided he should eliminate:

John read some of the posts of Ahab and noticed that he had a personal vendetta against a man named Naboth. He made all kinds of accusations on his page. He decided that he did not need to hear these accusations, so he deleted him from his Facebook friends.

Hmmm. He should have noticed that she was largely a part in slander groups. Block.

Now, that was embarrassing. John did not even remember accepting her friend request. He would never have done so if he had noticed her seductive profile pic. Why does she keep going on and on about that coat?

Now, this friend was not really slandering as far as making accusations are concerned, but he was always throwing insults toward someone he did not like. It seemed that every time he posted he had to hurl a stone of criticism toward someone named David. John did not really need to hear these underhanded remarks, so he unfollowed Shimei.

Judas appeared to be a pretty nice guy and claimed to be a follower of Christ. However, he always seemed to be talking about money. Every time he posted it was about materialistic things. He may not have been a bad guy, but John wanted to keep his mind on that which is eternal.

This particular friend had a tendency to attack God’s anointed ones. John detected a bit of envy in him, evidenced by the fact that he was always tearing down others in order to build up himself. John decided it probably would be best if he did not keep him as one of his friends. John did not want any part of lifting up his hand against God’s anointed, even if it were just on social media.

He was a friend to one of John’s closest friends. Something had happened and he became his enemy. John felt as if he were affecting his spirit so he decided to remove him from his friends.

John unfriended these three because they were so negative toward everyone. They found something wrong with every Christian who was going through a difficulty. Rather than encouraging, they seemed to be judging. John decided that he did not need their critical posts in his Twitter feed.

Now here was a guy who had made Paul his personal object for destruction. Wow, this guy was hateful. He was more than a bit obsessed with Paul, so he was using anything he could to hurt him which even included lying about him. Was there a need to comment on every post Paul made? Why did he twist every statement out of context? Block.

This guy was a rebel. He liked to criticize authority and to get others to follow him instead. Why was he always talking about his generation? He even criticized his own father. Of course, he did so by talking about how he was doing ministry better. He was smooth but he was obviously a rebel. John was tired of hearing him go on and on. Mute.

This guy loved to use questions to start an argument. He enjoyed making people doubt the truth by asking questions to get them to doubt what they believed. He talked as though he thought he were smarter than God. John blocked him.

It is sad but amazing to realize how many use social media to perpetuate Satan’s messages.

Most of them probably did not realize just how much Satan had manipulated them. We must apply biblical principles to decide whom we would allow as friends on social media. It cannot be enough that we were once classmates or that we grew up together. It should not be enough that we are family-friends or even family. No, we must decide that Philippians 4:8 will be our guide.

I want friends who tell the truth.

Truth is not what someone may have heard. The truth is the truth. Too much speculation and retelling of gossip gets posted on peoples’ social media sites. I will distance myself from those people. People who like to tell part of the story or to embellish the truth in order to hurt someone else are people I do not need influencing me on social media.

I want friends who are just.

There is nothing more unjust than trying to accomplish justice on social media. People who carry out their vengeance or justice online need not to be my friends.

I want friends who are pure.

Purity is not the absence of impurity. Purity is the presence of righteousness. I do not need their shady postings or postings that do not perpetuate good things. When they post about their unscriptural lifestyle, it does not meet the definition of purity even if they quote a Scripture verse now and then.

I want friends who are lovely.

We might need to go to I Corinthians 13 to fully understand this one. Hateful people are not good friends for social media. Lovely people are those who do what they do because of love, not hate. Haters are not the right kind of friends for me.

I want friends who are promoting a good report.

That is pretty simple. Do not tell me all of the bad that is happening in this world. Some people are merchants of bad news. They love to talk about the sins of other Christians, the fall of preachers, the failures of leaders, or anything else that is bad news. I was not told to go into all the world and to spread the bad news. I was told to spread the Gospel; so, I want friends who perpetuate good news or, should I say, the Gospel.

I want friends who recognize virtue.

The kind of friends I want on social media are people who are looking to do and to speak right in order to edify other Christians, not to speak of evil. I want friends who want to use social media for the good it can do and not the damage it can cause.

I want friends who promote praise.

There are plenty of negative people posting all over social media. I want friends who are uplifting and whose postings lift up the name of Jesus and bring honor and glory to Him. We do not glorify God by tearing down others. We glorify God by lifting up Jesus.

Social media has an effect on every one of us.

Perhaps it is time for us to check out who our friends are on social media, and then to do some unfriending, unfollowing, and blocking.

This article in its original form appeared in the book, Satan’s Toolbox as the chapter, “A Few Facebook Friends to Delete.” 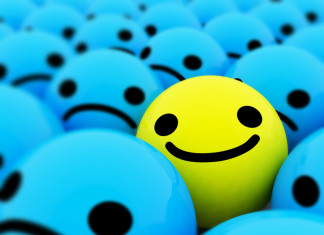 by Trish Rife Most people that leave a church don’t do so for doctrinal reasons; otherwise, they likely would’ve never joined in the first place....

Decide Today To Be A Good Man

Getting Caught in the World’s Rut