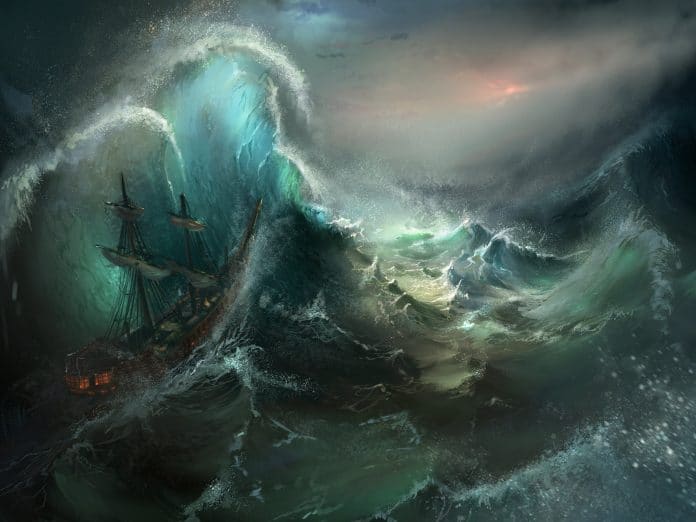 I woke up over an hour earlier with an aching back from sleeping. If this were not a sign of a life on the decline, I am not sure what is! Being in my thirties, I had gone from the mountain top of health when I was in my twenties to sledding down that mountain at full speed. I shoved my fourteen-week-old contacts into my eyeballs while trying to check my text messages on my phone. One text was coincidently from my eye doctor telling me that I was two years overdue for a vision screening. Along with the fact that having my eyes dilated is never a joy, the thought of carving out time for an appointment seemed like a total nuisance. I deleted the text.

I sneaked down the hallway past my kids’ rooms, avoiding the chaos that would come from waking them before I had a chance to have my coffee and Bible time.

It took almost thirty minutes to talk myself into reading my Bible that morning.

Some people may be so much more spiritual than I, probably having read fourteen chapters and having studied the entire book of Revelation by that hour of the morning; yet, there I was, reading Psalm 107 for the third day in a row because it just had not been sticking with me. The two days prior I had been so tired that I had to reread the first few verses multiple times because by verse 5 I had forgotten what I had read. Either that, or I had been going cross-eyed from sheer exhaustion.

I opened my Bible and read my own notes surrounding other chapters and laughed at how lame I was. In the top left corner of one page were the words, “Check yourself before you wreck yourself.” In the right middle of the page it said, “Think of the ship in the movie Frozen on the waves of the storm.” Marveling at my lack of referencing skills, I knew why I had never had the calling to write a commentary.

The kids awoke and began begging for cartoons and food. Thirty minutes later, and after bending to their wills, I returned to my Bible once again. Verse 22 piqued my interest, And let them sacrifice the sacrifices of thanksgiving, and declare his works with rejoicing. I knew there were “thanksgiving offerings,” but the idea of thanksgiving itself being the offering made me think.

This particular sacrifice was to get off of the “Woe is Me” train, or the “I Want/Need” wagon, and actually be grateful for what I have.

The next few verses told about these men setting sail to do their business. The seas were favorable, then it said that God, …commandeth, and raiseth the stormy wind,… I considered the fact that this storm was not by chance. God saw the men on the sea in their ships and thought, “Yep, I’m going to give them a wild ride!” He had a plan for them to either see something or to learn something. He mentioned this in verse 24 when He said, These see the works of the LORD, and his wonders in the deep. The chapter then showed the effects in verses 26-27 which say, They mount up to the heaven, they go down again to the depths:… They reel to and fro, and stagger like a drunken man, and are at their wits’ end.

Now, to this I could totally relate!

Sometimes my soul felt similar to my secret stash of chocolate melting in my minivan on a hot summer day. On this particular morning, I was feeling as though life was beating on my ship, and I was struggling to reach the wheel or the sail, or whatever controls a ship! I could not do so because I was being thrown back and forth. My favorite part of this verse was the wits’ end part. These men had reached the end of what their skills could do. As I was reading this, the Holy Spirit tapped me on the shoulder and reminded me that this verse was so “ME.” Many times my basic and insufficient skill set for life had done its best and had still fallen drastically short.

However, the best news was yet to come!

In verse 28, they cried out to the Lord for help; in the very same verse, He brought them out of their distress. He calmed the storm and stilled the waves. Verse 30 says, Then are they glad because they be quiet; so he bringeth them unto their desired haven. I realized that if I wanted quietness, a calm day, or still waves, and if I should have any hope to make it to my desired haven in one piece without losing my mind, I had to acknowledge that my capabilities are insufficient. I had to cry out and, while doing so, let God do what I could not.

As Christians, the reason that we grow so frustrated is because we are trying to work out our problems and issues all on our own. We do not need to regain control of our ships of life on the crazy waves of the day-to-day.

We just need to let the Master of the wind and waves take the helm and steer us back on course toward our desired haven of peace in the center of His will!

Is Your Church Compromising To Gain New Members?