What The Disciples Saw Still Affects You 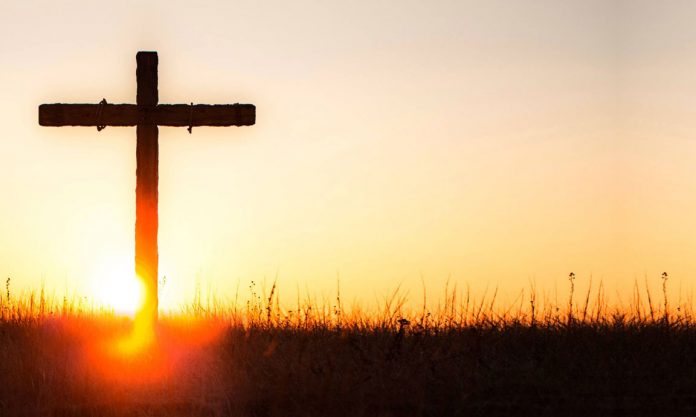 “Then the same day at evening, being the first day of the week, when the doors were shut where the disciples were assembled for fear of the Jews, came Jesus and stood in the midst, and saith unto them, Peace be unto you. And when he had so said, he shewed unto them his hands and his side. Then were the disciples glad, when they saw the Lord.” (John 20:19-20)

I’m not sure we can comprehend what the disciples experienced in the days before and after Christ’s crucifixion and resurrection. Their world was turned upside down and then a few days later, inside out. They had left all to follow Jesus. They were convinced that He was the Christ, the Messiah, the one who would save Israel. Perhaps they were even a little proud of themselves for recognizing Who He was early enough to be His closest followers.

They evidently were convinced that they would have a part in His new kingdom and some of His disciples even approached Him and requested special positions of political power. They saw the popularity of Christ and the power of His miracles and they visualized the sweeping transformation that He would soon make in their beloved nation. How wonderful it would be for the injustices and indignities that they suffered at the hand of their Roman oppressors to finally come to an end! How exciting it would be to see the Messiah begin to legislate in the new kingdom of peace!

They were a little confused, however, by the lack of a clear battle plan. Jesus took time for little children and healed crippled people, but He never talked about political strategy. There was never any mention of raising and training an army. Their Messiah seemed focused on the relationship between God and man rather than pitting the Jews against the Gentiles. He even took time for a Roman centurion and a Samaritan woman. Perhaps they simply needed patience. He always amazed everyone with what He said.

Surely, He would begin to reveal the new kingdom soon.

Instead, Jesus began to talk of personal disgrace and dying. He said that he would be betrayed, mocked, scourged, and even crucified. They protested vehemently, but to their dismay, everything He predicted came to pass. They had been sure that He was the One Who would save Israel. But that could obviously never happen now. Their hopes were dashed and they now feared for their own lives.

Then something strange happened.

They began to hear that Jesus had risen from the dead. At first, they were in disbelief. They had seen Jesus raise the dead, but it never occurred to them that He would experience death. They had watched mourning turn to rejoicing when Jesus interrupted a funeral procession, and they watched in awe as Lazarus walked out of the grave, but now that He was in the grave, they were so overwhelmed that they could not conceive of Him coming back to life. No, it was all over. But why did they keep hearing these reports that He was alive? What did it mean? What were they going to do now? Would they be killed next?

Every Christian who can visualize Christ’s resurrection has a reason to be glad.

We can be glad that we have the greatest story ever told to share with the world that so badly needs to know the Way, the Truth, and the Life. If we can see Him, others will see Him, too. They will see Him in our walk and hear Him in our talk. In much the same way that it did for the disciples, seeing Jesus will make a sad heart glad. Seeing Jesus will bring meaning, hope, and purpose. “Then were the disciples glad, when they saw the Lord,”

5 Reasons You Should Be Praying For Each Other

What Are You Building For God?