Should Young Adults Date Before Going To College? 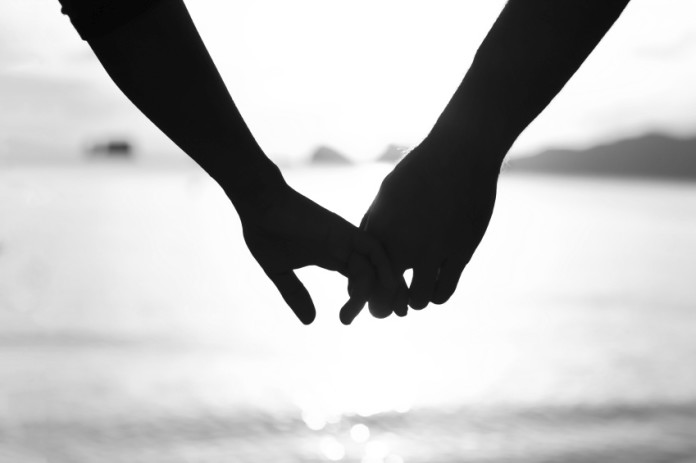 Multitudes of parents and teachers have observed a bright child academically excel in school and spiritually in his faith for several years and then become mediocre and apathetic in junior and senior high school. More alarming is the weakening of spiritual desire in this same child at about the same stage of life. What has happened with these children who showed such promise? Why have they now also shown a willingness to resist their authority and prefer peers to their own families? Why is their family now boring to them whereas extracurricular activities and friendships outside their home are a very high priority?

Although many factors play a part in the problems and pressures of teenage years, one of them demands a closer scrutiny from believing parents; the factor of boy-girl relationships. I believe to close our eyes to this phenomenon is to bypass a vital means of helping our youth through the potentially troublesome teen years.

Why have so many parents, teachers, and preachers accepted the status-quo in this area? Must we accept things the way they are simply because it is popular and acceptable, or do we have the authority, responsibility and desire to amend what is proving to be a major factor in the spiritual demise of our teens.

Even though these authority figures witness the spiritual and emotional upheavals caused by permissive, “carte blanche” dating and pairing off in schools, youth groups, camps, etc., most seem to be either unwilling or unable to correct the situation, but is it the responsibility of schools and churches to curtail these emotional relationships?

I believe the primary responsibility still remains in the home as it always has. An individual family can set up boy-girl standards and enforce them regardless of what the school, church, neighbors, family, and friends do. It obviously makes things easier for the home and teen if all of these groups have similar standards, but it is not an absolute necessity for success with our youth. A general rule of thumb I have always used in counseling folks where to attend church is to seek one that reinforces their basic values and that does not oppose or ridicule the standards and positions God has shown them they must take for their family. If I believe “Hollywood-style” dating around and a host of other boy-girl relationships is wrong and spiritually destructive, then I would be most foolish and irresponsible to link up with a church in which these practices are encouraged.

In fact, some churches have become so thoroughly identified with this worldly practice that a family who opposes it would stand out in sharp contrast to the majority, and in some cases, would even experience varying forms of persecution.

It is especially important to pick a school that forbids dating and “pairing off” among its student body if one wishes to protect his youngster from the deliterious effects of this emotional merry-go-round.

I have often wished parents could see their youngsters at school or Bible camp without the youngster’s knowledge. Parents would learn a great deal about the impact these premature boy-girl relationships have had on their sons and daughters. I have observed at camps for example that many girls get up one and two hours before reville. To pray? Memorize Scripture, read their Bibles and meditate on Scripture? No, if this were true, we would certainly have different camps. The reason for this zeal to get out of bed is to “put on their face” with painstaking care so as to best be able to attract the latest cute boy they are chasing.

How popular would camp be if everyone knew in advance only boys or only girls would be in attendance? At the very least, I believe it is incumbent on us as Christian leaders to prevent and discourage this fleshly nonsense, such as different times for swimming of boys and girls, seating at all events, chapels, meals, etc., segregated by sex, no physical or contact sports with mixed sexes, etc.

Why are certain girls so caught up with the latest clothing styles and fashions- why do they want to spend every available dollar on expensive makeup supplies and use them to the extent of looking like a harlot? Why do they leave their blouses partially unbuttoned, wear slit skirts and other fashions to expose their flesh and accentuate their figure or bosom? To impress their pastor or Sunday School teacher? Of course not. They are trying their best to appear provocative and available for the boys they think are “cute” and popular.

Obviously, we need to teach our children to look their best and act like ladies and gentlemen, but to allow them to be caught up in advertising themselves is to encourage them to lower standards of propriety in dress and demeanor. Many girls, realizing that flesh, provocative dress, and a wanton spirit attract the eye of a young man have even adopted the “attire of a harlot” (Proverbs 7:10). This is a way of dressing and conduct that basically transmits the message, “I am available.”

Fathers especially need to step in and give guidelines, rules, and instruction about these matters for their daughters, prohibiting such actions and assuring them of their help and assistance in choosing a potential spouse. To abdicate this responsibility and allow youngsters their own choices is to “prostitute thy daughter” (Leviticus 19:29), as she learns that her whorish ways make her popular with flesh dominated young men.

My children know they will never be allowed to date a person their parents are not actively considering as genuine marriage-material for them. And then, dating is with a no-touch policy and is always chaperoned.

In other words, such dating would not occur until after high school and would be under strictly controlled circumstances. Moreover, the person dated would only be a candidate previously considered, prayed over, and enthusiastically approved by the parents, not someone chosen by the emotional whims or fleshly likes of our children. Most youngsters know far more about driving a car than they do about how to choose a marriage partner.

What a relief for a youngster to know that they are not allowed to participate in frantic boy/girl relationships! They can actually concentrate on the responsibility of becoming the youngster God and their parents want them to be instead of being involved in this popular, fleshly distraction. Some youngsters are battling with feelings of insecurity, low self-image, rejection, etc., because of the intense social pressure among their peers to conform in this practice of dating. They believe they are a failure if they do not measure up to the standards of the group.

Mom and Dad, if you would prevent this dating game in your youngster’s life, you will probably see improved academics, family relationships, spiritual growth, and emotional stability instead of wondering about their loyalty, thought life, and whether they will keep their purity through high school. One cannot find what we call dating or pairing off in the Bible with the possible exception of Sampson in the Book of Judges. And he stands out as a strong warning against the indulgence of flesh. Whereas he was physically the strongest man in the world, he was weak in controlling his desires and emotions which ultimately cost him his testimony, his eyesight, his honor, and even his life.

Fathers, please do not expect your virile, immature young son to control his emotions and rein in his flesh when a woman’s whorish ways can even overcome many “strong men” (Proverbs 7:26), and absolutely destroy them. What he needs is a Dad who will say no to dating and pairing off for his boy and careful guidance about parentally approved, chaperoned dating when he is ready for marriage. Youngsters need parents who will be looking for prospective marriage candidates on their behalf, parents who will look for character, compatibility of families, spiritual qualifications, who would compliment their child, etc. A levelheaded, Holy Spirit directed parent is far more qualified to seek marriage prospects than a teenager with roller coaster emotions, newly functioning glands and who is filled with desires very difficult for him to control.

Parents, you can have your daughter wear a white wedding gown and not be a liar about the purity it represents. Your children can come to a wedding altar pure, having never even touched their spouse if you love them enough to lay down some rules and assist them through this potential pitfall of life called dating. It not only is devastating to emotions and to moral purity, it is a colossal failure in terms of producing strong, stable marriages. One only has to look at the overloaded divorce courts to see the awful results of dating and the marriages that resulted from this modern American practice.

Yes, most parents will not care what their children do and others will even go so far as to push their children into dating and their children will pay a terrible price. But I pray you will care and be willing to pay the price of standing relatively alone to do what is right for your children by keeping them out of this ungodly practice.

Scripture tells us “a child left to himself bringeth his mother to shame.” (Proverbs 29:15). If you do nothing, and leave your children to do that which comes naturally for them and is “socially acceptable” I can almost guarantee that they will be involved in the regular practice of dating around to their detriment, and your future shame.

Original article can be found at http://www.fbbc.com/messages/rwdating.htm

Are you for or against dating before college?  Leave your answer in the comment section below!

When Something Is Wrong In Your Life It Affects Others