Home Articles How New Churches Help the Cause of World Missions

Acts 9:31 Then had the churches rest throughout all Judaea and Galilee and Samaria, and were edified; and walking in the fear of the Lord, and in the comfort of the Holy Ghost, were multiplied.

Acts 1:8 But ye shall receive power, after that the Holy Ghost is come upon you: and ye shall be witnesses unto me both in Jerusalem, and in all Judaea, and in Samaria, and unto the uttermost part of the earth.

2Corinthians 11:8 I robbed other churches, taking wages of them, to do you service.

One reason that independent Baptists were able to jump to the forefront of world missions is because thousands of independent Baptist churches were started all across America, that supplied both missionaries and their support. However, statistics show clearly that church planting is at a 50 year low:

The number of churches started in these 20-year timeframes:

If independent Baptists had continued their trend of church planting over the last twenty years, we would have seen anywhere from 1000 – 2000 new churches started!Many of those would now be turning twenty years old. We have to wonder what a difference one or two thousand new churches might have made in our nation.

I am NOT advocating the abandonment of foreign missions for home missions. I DO believe we have neglected home missions. As someone who tried to raise support for starting a new church back in 2000, I can testify that it is hard to get into churches as a church planter.

However, as a church planter, I can also testify that over the last 13 years, our new church has given hundreds of thousands of dollars to missions – money that used to go to down the drain into the world’s sewers – but is now given by new converts and new members who otherwise would not have been giving a dime to missions. The churches that invested in us for two or three years can see a multiplied return on their temporary investment through the ongoing missions program of the church they helped to start.

What does your church do for home missions/church planting? Do you support any church planters on a monthly basis? What about special offerings to help men starting new churches in your Judea or Samaria? Instead of waiting to see “if they make it,” help them to get planted.

One day, your children or grandchildren may be calling those churches to raise support to go to a foreign field.

Original article can be found at http://broraz.com/2013/11/19/article-how-new-churches-help-the-cause-of-world-missions/ 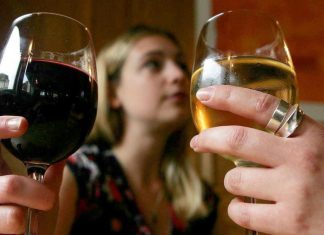 Don’t do your part to keep the use of alcohol common in our society. God doesn't have anything positive to say about this.

Are You Overtaken IN A Fault?

You Are Going To Reap What You Sow