5 Things That Could Happen Because You Are Lying 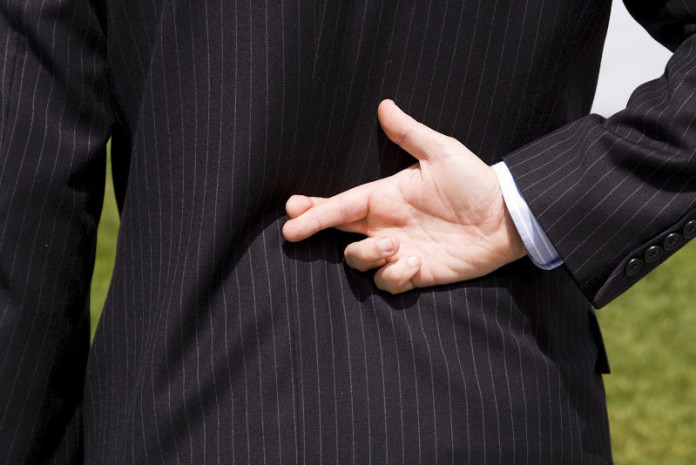 “The words of a talebearer are as wounds, and they go down into the innermost parts of the belly.” Proverbs 18:8

“The words of a talebearer are as wounds, and they go down into the innermost parts of the belly.” Proverbs 26:22

It is very, very rare in the Bible to find a verse that is repeated word for word in the same book of the Bible; yet here we find the same 19 words repeated twice in Proverbs. That must mean that their message is extremely important.

Let me begin by giving a brief word study on these verses. The word, “words,” can be translated “a tasty, deadly morsel” or “words of sport.” Some people make sport out of gossip. The word, “talebearer,” means “spice peddler.” The word, “wounds,” means “deadly wounds.” The word, “belly,” means the “entire human cavity.” Even science now is discovering that your spirit has much to do with your health. The Bible already makes that clear.

What is being said in these passages is that the tasty deadly morsels (words) of a spice peddler (talebearer) are as deadly wounds to the entire human body (belly). Notice that it does not say that these words cause a deadly wound, but they aredeadly wounds. Now let us notice what happens.

1. Someone is going to die. This passage speaks of someone being deathly ill. There are only three different people mentioned in these verses: (1) the talebearer, (2) the hearer of the tales, and (3) the object of the tales. One of these three is the one who has the deadly wounds and is going to die. Which one of these three possesses the deadly wounds?

2. When a talebearer gives his tasty deadly morsels to the hearer, he thinks that he is destroying the object of his tales. In reality, it is the one who hears or accepts the tasty deadly morsels who is being poisoned and destroyed. The talebearer has already been destroyed or poisoned, but does not realize it. Although he is trying to destroy the object of his tales, he is actually destroying the hearer and is already destroyed himself. So, the object of the tales who is the one whom he is trying to destroy, is the only one who is not destroyed!

When I try to stop someone from being a talebearer, I am trying to prevent him from poisoning the hearer. The talebearer is already destroyed. You cannot destroy an individual with evil tales about him, but you can destroy the person you are telling. There are five truths here to remember:

* The talebearer is trying to destroy the object of his tales;

* The hearer is the one who is being destroyed;

*The talebearer has already been destroyed;

*The object is the only one who is not destroyed;

* The only one not destroyed is the one the talebearer is trying to destroy.

When someone comes to you with a tasty deadly morsel of gossip, you are the one who is being poisoned, and you are the one who is going to be destroyed. Most Christians would not consider themselves to be gossips, but they are careless about the things they allow themselves to hear. That is self destruction! A Christian should run from talebearers like he would run from a loaded pistol or a knife in the hands of someone who is trying to kill him. We would not consider drinking poison; yet, we take in deadly tasty morsels!

3. The pitiful one is the hearer of the tales. The talebearer is already evil because he is trying to destroy the object of his tales. The one who hears the tales is usually a good person who simply did not have the courage to rebuke the talebearer. As a courtesy, he listens to the tale, and the poison is poured into him. Once it goes in, it goes into the innermost part of his being, and he begins being destroyed! Do not listen to tales, for you are the one who will be hurt! If you do listen to them, you will be destroyed. Run from gossip. Run from the talebearer! Run from the slanderer.

5. God warns not to listen. These are warnings to potential hearers not to listen. We better take heed to the warnings of God. Good people are destroyed because they do not fear the talebearer. If we believed this, we would flee gossip with great fear. Gossips are deadly to the hearer, not to their intended object. Proverbs 18:14, “The spirit of a man will sustain his infirmity; but a wounded spirit who can bear?”

We’re Commanded To Pray, So Let’s Get Started

Going Soulwinning? Here’s 7 Ways You Can Get The Most Out Of Your Time!

Are You Sure He Is Able?