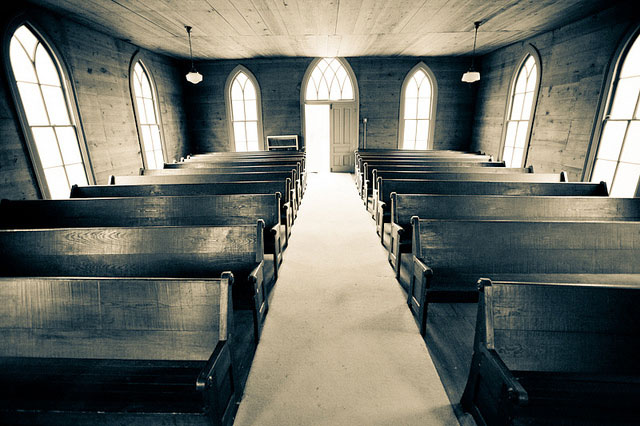 Several years ago a poll was taken among preachers concerning the different duties of the ministry: (1) administration, (2) teaching, (3) preaching, (4) pastoring, (5) priestly work, and (6) church business. The question was asked to hundreds of preachers, “What do you think is the most important of these ministries?” Overwhelmingly the response was, “Preaching.”

The second question was asked: “Which occupies most of your time?” To that question the answer was overwhelmingly, “Administration,” and preaching was last on the list.

How tragic! That which we feel is most important is what we do the least.

Oh, how America needs preaching! When John Knox left Scotland, the country had deteriorated morally and spiritually. Finally John Knox decided to return to Scotland. It is said that on every street corner the word was being spread, “Knox is coming! Knox is coming! Knox is coming!” The entire country was filled with electricity because the preacher was returning. Scotland needed Knox. England needed Spurgeon. America needed Moody, and this old sin-cursed world needs preaching again! In Isaiah 61:1, Isaiah called himself a preacher. In Luke 4:18 Jesus was a preacher. In II Peter 2:5 Noah was called “a preacher of righteousness.” In Ecclesiastes 1:1 Solomon was called “the Preacher.” In I Timothy 2:7 Paul said that he was “ordained a preacher.” In Mark 1:14 we find that Jesus came to Galilee “preaching the Gospel.” In Matthew 3:la we find, “In those days came John the Baptist, preaching.” In Jonah 3:2 Jonah was admonished to preach to Nineveh the preaching that God bade him to preach. Acts 8:4 says, “Therefore they that are scattered abroad went every where preaching the Word.” In Acts 14:1 we find that they “so spake” that multitudes believed. Oh, how we need some “so-speakers!” Preaching is exactly that. It is “so-speaking.”

The most important hour of the week in a nation is the hour when God’s men approach the pulpit. Several years ago the mayor of our city called our offices. Our receptionist answered the phone, whereupon the mayor asked if he could speak with Jack. Our receptionist replied that there was no one here who answered to the name Jack. The mayor told her that there was such a person there, and that he was the pastor, and he said, “Let me talk to Jack!”

The mayor told her that he wanted her to know that he was the mayor. She replied that she wanted him to know that she was the receptionist and that she would connect him to my office if he would call me the proper title! Finally he yielded and she put the call through. She was not being stubborn; she was simply giving to the preacher his proper position and to preaching its proper place!

Years ago I was on an airplane flying to Denver; Colorado. I sat down beside a man who appeared to be a businessman. He had on a very beautiful navy blue suit and was very neatly dressed. We talked for some time before we introduced ourselves by name. I finally asked him what business he pursued. He replied that he was a chemical engineer. He then asked me, “Do you know anything about chemistry?”

I replied, “Yes, I know a little.” (I did know a little. I knew that H2O was water; that AU was gold, and that I dropped chemistry in college for the safety of the student body!) Re informed me that he was so impressed that a layman was knowledgeable about chemistry I assured him that I did know a little-a little is exactly what I knew! He called off a long formula and said, “What do you think about that?”

I replied, “I like the good in that formula, but I am concerned about the bad.”

He said, “Put her there! That is exactly how I feel. I am so refreshed to know that you know a little about chemistry.” He then called off another formula that made the other look very simple.. He said, “What do you think about that one?”

Again, he said, “Put her there! That’s exactly how I feel. How refreshing it is to meet someone who is a layman who knows something about chemistry!”

I suddenly replied, “I am an ambassador.”

He sat up in his seat and said, “Sir; do you mean that you are a real, live ambassador?”

He said, “I’ve never met an ambassador before. May I shake your hand?”

I said, “You certainly may” After we had shaken hands, he said, “Sir, let’s get this straight. You mean your citizenship is in another country, and you represent a king here in America?” Well, praise God, that’s exactly what I’ve been doing for years, so I said, “Yes, sir. My citizenship is in another country, and I represent a King in America!” He said, “Sir; could I ask you, what country and what king?” I replied that the country was Heaven and that the King was Jesus! He smiled and in fifteen minutes he too was an ambassador and a citizen of my country.

Years ago I read a famous Southern preacher’s sermon entitled, “I Magnify Mine Office.” How important it is to magnify the office of a preacher!

Sam Jones, the famous Methodist evangelist, went to a workers’ conference one day with a friend. As they rode their horses home, Sam Jones looked to his friend and said, “I learned something today”

His friend asked what he had learned, whereupon Sam Jones replied, “I learned that my pulpit is my throne, and I am a king.” Richard Baxter said, “I preached as never sure to preach again, as a dying man to dying men.

John Hall said, “A strong and faithful pulpit is the safeguard to a nation’s life.”

Hugh Latimer said, “Preaching is the delivering of meat, not strawberries.”

John Newton said, “Preaching is breaking the hard heart and healing the broken one.

William R. Nicoll said, “Of all vocations, the Christian ministry is the most sacred, the most exacting and the most humbling.”

Abraham Lincoln said, ‘When I hear a man preaching, I like to see him act as if he were fighting bees.”

Years ago I was preaching in the city of Wichita, Kansas, at a convention. The convention was held in a beautiful church auditorium, but the preaching pulpit was over in a comer, and there was another pulpit in the other corner of the platform. I stood in the corner and tried to preach, but I simply could not do it. I had no other recourse. I just lifted up the pulpit and carried it to the middle of the platform and said, “Ladies and gentlemen, I simply cannot preach when preaching is put in the corner. I must preach when preaching is the center and the focal point of the service.” Hallelujah for preaching!

Pride’s Cause and Effect

What Are You Building For God?