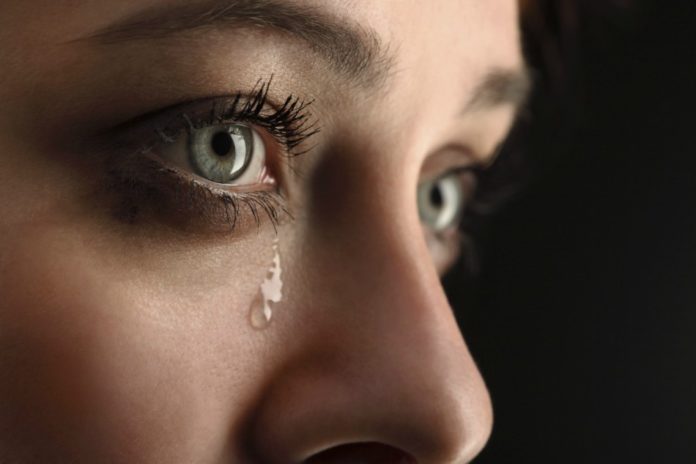 Have you ever found yourself in a place where you just did not care anymore? A place where you did not think there was anything to turn to or anyone who truly cared about you? Of course, you have your loving family, but they have their lives and they don’t really understand what I am going through.

Vernon Brewer entered into his journal during his battle with cancer, “On some days, like today, I can’t pray or read the Bible. I don’t FEEL human much less [like being] spiritual! (emphasis mine). His battle with cancer kept him from going anywhere and made him feel isolated and alienated from even those closest to him, his family! They would get up on Sunday mornings and go to church and leave him at home. He knew that he did want them to miss worship because of his illness, but deep down he felt alone and abandoned. Vernon was a Christian then and still is to this day, but during his battle with cancer, he was overshadowed by a deep depression.

Recently in the news we learned of an iconic Hollywood personality who tragically took his life. On the surface this man was the epitome of joy and his life seemed so filled with zest and vigor. However, since his death we have learned that he battled with the terrible demon of depression for years. I read an article that made the claim that this man had one time, during a stint in rehab, heard the Gospel of Jesus Christ and had accepted Christ as his Savior. If this be the case, and I pray that it is, then I praise our Lord for His great mercies and unlimited redeeming love. This man was the life of any party, and could literally light up any room he entered. He had a great gift and could make the world laugh, but we now know that his heart was perpetually saddened and finally it took its toll. His death has sent shockwaves throughout our society and it has raised people’s consciousnesses about depression.

We know that Christians face depression each and everyday, but the question for this blog is, SHOULD Christians be depressed? I was once what many would call a Bible-thumping fundamentalist that held the opinion things like depression or any form mental disorder was all in our minds and if we just read enough of the Bible, if we just prayed enough to the Father and if we just went to church enough, that God would make all things better. I believed that for one to continually struggle with mental disorder meant to me that they did not have faith or that they just did not believe. I have since come to understand and know that this type of thinking is toxic and dangerous.

Mental issues such as depression are not visible to the naked eye like a disease, or injury or sickness like the flu. Depression does manifest itself in physical ways, but we often write those physical signs off as someone not getting enough rest or upset over a particular situation or that they are just moody. Also, even though depression is a disorder that we associate with mental instability, it is actually based in the physical. Science has revealed that depression is a very complex disorder and that it can appear for various reasons. The causes of depression are varied and MANY and can range from the emotional to the physical. In fact, science has discovered that the brain chemistry is different in those who experience depression as the stress hormone identified as cortisol is higher in those who have a history of depression than in those who do not suffer from depression. Conversely, Serotonin, a brain neurotransmitter is found to be less in those who suffer from depression. Many researchers have suggested that a low level of Seratonin could lead to depression in that individual.

Now while I am NOT a doctor or medical researcher, and while I do NOT profess to know or understand all there is to know or understand about depression, this ONE thing I do know. Depression is like any physical disorder, it can strike anyone, at any time and it is NOT because you don’t have a lack of faith in God. It is NOT because you don’t believe that God is there or that God can deliver you. Depression is a physical response to something going on inside your brain chemistry. Depression can and should be treated for what it is, a sickness that needs a doctor’s care.

Now understand that as I make these comments about depression and mental disorder and that it is a physical manifestation of a chemical imbalance within the brain, this does NOT mean I believe we should simply give into depression. What I am saying is that depression is real and just as we would never liken a believer who gets a cold as not having enough faith in God, then becoming depressed should not drive us to thinking that the depressed person is simply not faithful enough.

So have we answered the question? Should the believer get depressed? Well I believe every believer is susceptible to depression, for we are all human and have our frailties. However, I believe that just as we take precautions against catching a cold or the flu and just as we do things to stay healthy, like eat right and exercise, I believe there are things we can do to help us deal with those time when depression hits us hard.

As a pastor and Christian, I fully and truly believe that one who is in the Word daily and one who is communing with the Father in prayer daily, will be much more able to deal with situations that bring on depression. Paul tells us in Phil 4 that a thankful heart and prayerful life leads us to a place of peace with God. This is a peace Paul describes as ‘passing all human understanding’ it is a peace that defies human logic or thinking. When we are in the Word daily and when we are praying daily and giving God thanks for His mercies and redemption, He has promised to guard our hearts and our MINDS in Christ Jesus. I don’t believe Paul placed the word ‘mind’ there by accident, I believe it was an inspiration of the Holy Spirit leading him to write that…

When we commune with the Father daily and when we take in the spiritual food of God’s Word, it is like eating healthy and exercising our physical bodies. It does NOT mean that we will never experience depression or even have a major depression episode in our lives. When we eat right and exercise it does not guarantee us that we will never experience a cold OR that we will never have to battle a terrible malady such as cancer or heart disease, but what it does do is lessen the likelihood of this happening to us. When we pray and commune with God daily and take in the spiritual food of His word, our likelihood of falling prey to depression is lessened because of the protections God brings into our lives through His Holy Spirit. We live in a broken world where sin has infected all of who we are and what we do, and disease is part of that infection, so we are not immune to it, but we can build up protection against it and prepare ourselves to battle it when it rears its ugly head.

Another benefit of being spiritually prepared can be compared to that of one who is eating right and exercising. When they do succumb to sickness, usually they are the quickest to recover and they suffer the least from the sickness because their body was prepared to do battle. Likewise when we are prepared to do battle, depression will not affect us as deeply OR for as long as those who have not prepared. Now I do understand that there will be times when we are overwhelmed and just as the healthy person can succumb fatally to a sickness or disease, healthy believers can also succumb to depression or mental disorder of a large magnitude. However, when one is prepared and communing with God on a daily basis it is like the insulation in our houses that protect us from the cold and heat that seek to invade our homes during the year. The cold and heat are noticed and present always, but the insulation protects us on the inside. The sin and pain of this world will always be present and noticed in our lives, but when we insulate our lives with Scripture and a close relationship with Christ, we will be as ready as we can be when depression raises its ugly head.

Original article can be found at http://bloggingwithbobby796.blogspot.com/2014/08/should-christians-be-depressed.html

Let’s Get Back To Bible Preaching