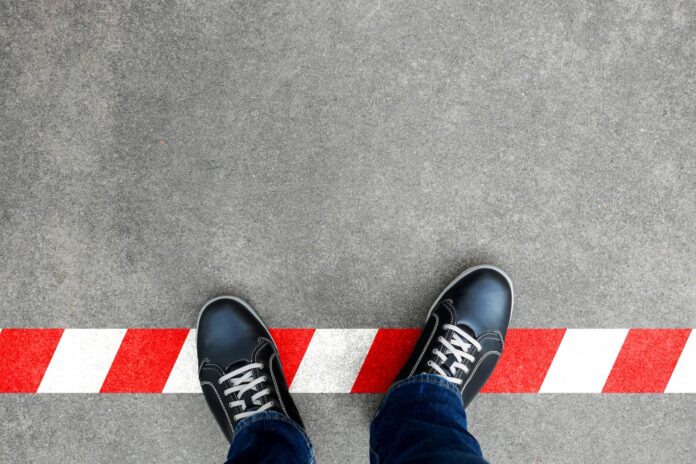 Psalm 119:41-46, “Let Thy mercies come also unto me, O Lord, even Thy salvation, according to Thy word. So shall I have wherewith to answer him that reproacheth me: for I trust in Thy word. And take not the word of truth utterly out of my mouth; for I have hoped in Thy judgments. So shall I keep Thy law continually for ever and ever. And I will walk at liberty: for I seek Thy precepts. I will speak of Thy testimonies also before kings, and will not be ashamed.”

Such statements are often made by men with neo-evangelical hearts who masquerade in fundamental clothing.

Sometimes they are made by men who have been fundamentalists and yet have become weary of the battle and yearn to return to the onions, watermelons, leeks, and garlic of acceptance.

Then this cry of legalism often comes from the desks of colleges and seminaries built on a fundamental foundation with walls of compromise and a leaky roof of pseudo-liberty.

‘Tis sad but true, we have grown to desire that our truth be accredited by worldly error. We want a license from wrong to do right. We want darkness to approve light. We want the unclean to accredit the clean. We want Belial to give Christ the right to exist. In so doing, not only are we betraying the standards of our forefathers, but we are betraying our own standards of a few years ago.

If we cannot have padded pews AND Hell-fire and brimstone preaching, then let’s return to the sawdust trail in a storefront building! If we can’t have organs AND trained choirs without the sevenfold amens and crusty anthems, then let’s go back to the piano and the tuning fork! If we can’t have a marriage of proper grammar and mourner’s-bench Christianity, then let’s go back to splitting infinitives, dangling participles, and hanging gerunds! If tiled restrooms and chandeliers aren’t conducive to the old-time religion, then let’s mark off a path, build an outhouse and use 60-watt light bulbs! If we have to include Kierkegaard, Niebuhr, and Brunner in order to be theologically intellectual, then let’s go back to the blue-back speller, the A,B,C’s, and the Word of God!

The beautiful feet of those who preach the Gospel of peace have historically been shod with common shoes. The hands that have wielded the Sword of the Spirit have historically been callused ones. The eyes that look through the helmet of salvation have been tear-stained ones. The bodies that have been protected by the shield of faith have been pure ones. Yet sad to say there are those who would have us forsake our standards of behavior and they cry, “Legalism! Legalism! Legalism! ”

Someone needs to inform these dear souls as to what legalism really is.

Now, why do we have these rules?

Notice Psalm 119:45, “And I will walk at liberty: for I seek Thy precepts.” The Psalmist says here that he walks in liberty because he seeks God’s precepts or because he keeps His commandments. Modern thought teaches us that if we walk in liberty, we don’t have to keep commandments, but the Bible says liberty is in keeping the commandments and not in being free from them.

The Scripture here deals with walls. The Psalmist is likening commandments to a wall of protection around a city. The ancient Eastern cities had walls built around them in order to keep the enemy from the people. Now, these walls were not to keep the people from liberty, but to keep the people in liberty and free from those who would kill them or enslave them. Suppose an attack was to come from without and the enemy armies would begin to advance. Where would the people be free? Inside the walls or outside the walls? Inside, of course! The walls were built around the people in order that they may be free from the bondage of the enemy attacking from without.

Rules and standards do not enslave; they liberate! The very purpose of commandments, rules, and standards is to build a wall so those things which could enslave cannot reach our people.

There is a commandment that says, “Thou shalt not kill.” Now, where is freedom? Inside the commandment or outside the commandment? Inside, of course! A man may say that he is free to kill, but he loses his freedom when he kills. The same is true with adultery, dope, drink, smoking, rock music, homosexuality, and other things that enslave.

Humanistic universities often shoot their satiristic barbs toward fundamental schools and say they are prisons. Nothing is further from the truth! The humanistic school is the prison. Many of the students there are bound by liquor, bound by narcotics, bound by homosexuality, bound by immorality, bound by nicotine, and bound by rock music. No one loves them enough and no one is wise enough to build a wall of standards around them in order that they may be free from those things which enslave. Freedom is not in a university that has no rules; freedom is in a university that loves its students enough to build rules of protection around them. Love is not breaking down the walls; love is building the walls! Love is not freedom to go to the captor; love is freedom from the captor!

Recently I was in southern California. It was a beautiful morning, so I took a walk. I saw a perfect illustration of this point. I walked by a corner house that had a fenced-in backyard. Inside that fence was a little Chihuahua dog and outside the fence was a giant bulldog. The little Chihuahua began to run up and down the fence barking. Then I thought I heard him speak a little bit. I think I heard him say, “Let me out! Let me out! Let me out! I want my freedom! I’m tired of being a slave. Let me out. I want to be free. Let me out!”

How foolish that little dog was! The big bulldog had already put his napkin around his neck and said grace. Now, where was the freedom for the Chihuahua? Inside the fence or outside the fence? Inside, of course. There are millions of young Americans like that Chihuahua. “Let me out. I want to be free. Woof! Woof! I want to be free. ” Then they are allowed to leave the freedom provided by the fence. They leave what they think is slavery and are soon captured by those things from without which hitherto were not allowed to reach them because of standards and rules built as a fence for their protection. When I was inducted into the Army in World War II, the first night I slept in a tent in Ft. Sam Houston, Texas. A sergeant came to me and said, “Private Hyles, do you see that fence over there?”

He said, “Those men on the other side of that fence are the worst of the German prisoners of war. You are not allowed to go over there.”

Brother, he wasted his time and effort in making that last statement. I wasn’t about to go over there, for my freedom was provided by that fence. The boundary itself gave me freedom. To go across the boundary would be a loss of freedom.

Many years ago when I was pastoring in Garland, Texas, I had a daily radio broadcast. Ordinarily, the broadcast was live. However, on occasion, if I were scheduled to be out of town for a day or so, I would make a tape and take it to the radio station located on the eleventh floor of the Stoneleigh Hotel of Dallas, Texas. On one occasion I took a tape to the station. When I got on the elevator, I told the operator, who was an attractive young lady, that I wanted to go to the eleventh floor. She didn’t hear a word I said! She was in a daze because Elvis Presley had just ridden her elevator.

Finally, I convinced her that I needed to go to the eleventh floor, and all she talked about was the fact that she had been alone with Elvis Presley for a few minutes. She finally gathered herself together and took me to the eleventh floor. She waited as I took the tape across the hallway to the station and then took me back to the main floor. On the way, however, she stopped the elevator, and Elvis Presley got on. He had on a green satin suit and at that time was in his heyday. I introduced myself to Elvis, we shook hands, and then I asked him, “Elvis, do you know, if you died today, you would go to Heaven?”

His answer was startling. “I certainly do,” he said. “I was saved when I was a child.” Then he proceeded to tell me the circumstances. As best I remember, he said that his grandmother or some other relative had taken him to hear an old-fashioned Gospel preacher. He had received Christ as his Saviour. He told me in clear, positive language of his salvation.

I then looked him square in the eye and said, “Elvis, how could a person who is born again live the kind of life that you are living?”

Need I say more? The very type of death that he died is living proof that though he thought he was leaving slavery to go to freedom, he was leaving freedom to go to slavery.

I thank God for an old-fashioned wall-building mother who built around me a wall of rules that kept me free from those life-ruining things that would have enslaved me.

I thank God for an old-fashioned wall-building preacher who preached multitudes of “thou shalt not’s” and in so doing kept me free from the captor. I thank God for old-fashioned schools, churches, and preachers who still in this permissive society build little places of freedom and wall these places with rules so that our young people cannot be captured by the enemy.

Choose if you will, the bondage of compromise, but build for me the liberty of fundamental separation, or as one has previously said, “Give me liberty, or give me death!”

Don’t Be Ashamed Of Jesus; Be Soul Conscious