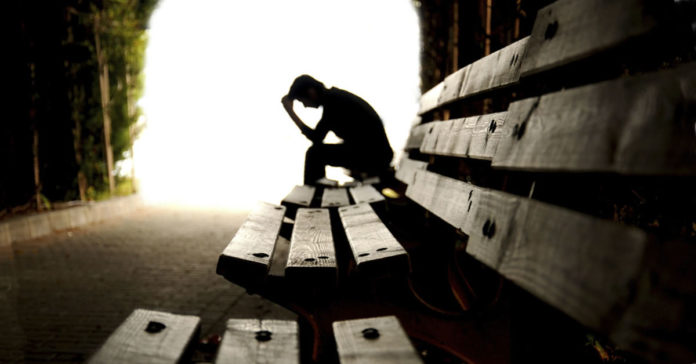 The possibilities and necessity of prayer, its power and results are manifested in arresting and changing the purposes of God and in relieving the stroke of his power. Abimelech was smitten by God:

So Abraham prayed unto God: and God healed Abimelech, and his wife, and his maidservants; and they bare children.

For the Lord had fast closed up all the wombs of the house of Abimelech, because of Sarah, Abraham’s wife.

Job’s miserable, mistaken, comforters had so deported themselves in their controversy with Job that God’s wrath was kindled against them. “My servant Job shall pray for you,” said God, “for him will I accept.” And the Lord turned the captivity of Job when he prayed for his friends.

Jonah was in dire condition when “the Lord sent out a great wind into the sea, and there was a mighty tempest.” When lots were cast, “the lot fell upon Jonah.” He was cast overboard into the sea, but “the Lord had prepared a great fish to swallow up Jonah. . . . Then Jonah prayed unto the Lord his God out of the fish’s belly . . . and the Lord spake unto the fish, and it vom­ited out Jonah upon the dry land.” When the disobedient prophet lifted up his voice in prayer, God heard and sent deliverance.

Pharaoh was a firm believer in the possibilities of prayer, and its ability to relieve. When staggering under the woeful curses of God, he pleaded with Moses to intercede for him. “Intreat the Lord for me,” was his pathetic appeal four times repeated when the plagues were scourging Egypt. Four times were these urgent appeals made to Moses, and four times did prayer lift the dread curse from the hard king and his doomed land.

The blasphemy and idolatry of Israel in making the golden calf and declar­ing their devotions to it were a fearful crime. The anger of God waxed hot, and he declared that he would destroy the offending people. The Lord was very wroth with Aaron also, and to Moses he said, “Let me alone that I may destroy them.” But Moses prayed, and kept on praying; day and night he prayed forty days. He makes the record of his prayer struggle. “I fell down,” he says, before the Lord at the first forty days and nights; I did neither eat bread nor drink water because of your sins which ye sinned in doing wickedly in the sight of the Lord to provoke him to anger. For I was afraid of the anger and hot dis­pleasure wherewith the Lord was hot against you to destroy you. But the Lord hearkened to me at this time also. And the Lord was very angry with Aaron to have destroyed him. And I prayed for him also at the same time.”

“Yet forty days, and Nineveh shall be overthrown.” It was the purpose of God to destroy that great and wicked city. But Nineveh prayed, covered with sackcloth; sitting in ashes she cried “mightily to God,” and “God repented of the evil that he had said he would do unto them; and he did it not.”

The message of God to Hezekiah was: “Set thine house in order; for thou shalt die and not live.” Hezekiah turned his face toward the wall, and prayed unto the Lord, and said:

“Remember now, O Lord, I beseech thee, how I have walked before thee in truth, and with a perfect heart, and have done that which is good in thy sight.” And Hezekiah wept sore. God said to Isaiah, “Go, say to Hezekiah, I have heard thy prayer, I have seen thy tears; behold, I will add unto thy days fifteen years.”

These men knew how to pray and how to prevail in prayer. Their faith in prayer was no passing attitude that changed with the wind or with their own feelings and circumstances; it was a fact that God heard and answered, that his ear was ever open to the cry of his children, and that the power to do what was asked of him was commensurate with his willingness. And thus these men, strong in faith and in prayer, subdued kingdoms, wrought righteousness, obtained promises, stopped the mouths of lions, quenched the power of fire, escaped the edge of the sword, from weakness were made strong, waxed mighty in war, turned to fight the armies of the aliens.

Everything then, as now, was possible to the men and women who knew how to pray. Prayer, indeed, opened a limitless storehouse, and God’s hand withheld nothing. Prayer introduced those who practiced it into a world of privilege, and brought the strength and wealth of heaven down to the aid of finite man. What rich and wonderful power was theirs who had learned the secret of victorious approach to God! With Moses it saved a nation; with Ezra it saved a church.

And yet, strange as it seems when we contemplate the wonders of which God’s people had been witness, there came a slackness in prayer. The mighty hold upon God, that had so often struck awe and terror into the hearts of their enemies, lost its grip. The people, backslidden and apostate, had gone off from their praying—if the bulk of them had ever truly prayed.

The Pharisee’s cold and lifeless praying was substituted for any genuine approach to God, and because of that formal method of praying the whole worship became a parody of its real purpose. A glorious dispensation, and gloriously executed, was it by Moses, by Ezra, by Daniel and Elijah, by Hannah and Samuel; but the circle seems limited and short-lived; the praying ones were few and far between. They had no survivors, none to imitate their devotion to God, none to preserve the roll of the elect.

In vain had the decree established the divine order, the divine call. Ask of me. From the earnest and fruitful crying to God they turned their faces to pagan gods, and cried in vain for the answers that could never come. And so they sank into that godless and pitiful state that has lost its object in life when the link with the eternal has been broken. Their favored dispensation of prayer was forgotten; they knew not how to pray.

What a contrast to the achievements that brighten up other pages of holy writ. The power working through Elijah and Elisha in answer to prayer reached down even to the very grave. In each case a child was raised from the dead, and the powers of famine were broken. “The supplications of a righ­teous man avail much.” Elijah was a man of like passions with us. He prayed fervently that it might not rain, and it rained not on the earth for three years and six months. And he prayed again, and the heaven gave rain, and the earth brought forth her fruit. Jonah prayed while imprisoned in the great fish, and he came to dry land, saved from storm and sea and monsters of the deep by the mighty energy of his praying.

How wide the gracious provision of the grace of praying as administered in that marvelous dispensation. They prayed wondrously. Why could not their praying save the dispensation from decay and death? Was it not because they lost the fire without which all praying degenerates into a lifeless form? It takes effort and toil and care to prepare the incense. Prayer is no laggard’s work. When all the rich, spiced graces from the body of prayer have by labor and beating been blended and refined and intermixed, the fire is needed to unloose the incense and make its fragrance rise to the throne of God. The fire that consumes creates the spirit and life of the incense. Without fire prayer has no spirit; it is, like dead spices, for corruption and worms.

The casual, intermittent prayer is never bathed in this divine fire. For the man who thus prays is lacking in the earnestness that lays hold of God, determined not to let him go until the blessing comes. “Pray without ceasing,” counseled the great apostle. That is the habit that drives prayer right into the mortar that holds the building stones together. “You can do more than pray after you have prayed,” said the godly Dr. A. J. Gordon, “but you cannot do more than pray until you have prayed.” The story of every great Christian achievement is the history of answered prayer.

“The greatest and the best talent that God gives to any man or woman in this world is the talent of prayer,” writes Alexander Whyte. “And the best usury that any man or woman brings back to God when he comes to reckon with them at the end of this world is a life of prayer. And those servants best put their Lord’s money ‘to the exchangers’ who rise early and sit late, as long as they are in this world, ever finding out and ever following after better and better methods of prayer, and ever forming more secret, more steadfast, and more spiritually fruitful habits of prayer, till they literally ‘pray without ceas­ing,’ and till they continually strike out into new enterprises in prayer, and new achievements, and new enrichments.”

Martin Luther, when once asked what his plans for the following day were, answered: “Work, work, from early until late. In fact, I have so much to do that I shall spend the first three hours in prayer.” Cromwell, too, believed in being much upon his knees. Looking on one occasion at the statues of famous men, he turned to a friend and said: “Make mine kneeling, for thus I came to glory.”

It is only when the whole heart is gripped with the passion of prayer that the life-giving fire descends, for none but the earnest man gets access to the ear of God.

The Importance Of Scheduling Your Life

5 Ways to Succeed in Your Daily Walk with God

HOW I STUDY THE SCRIPTURES