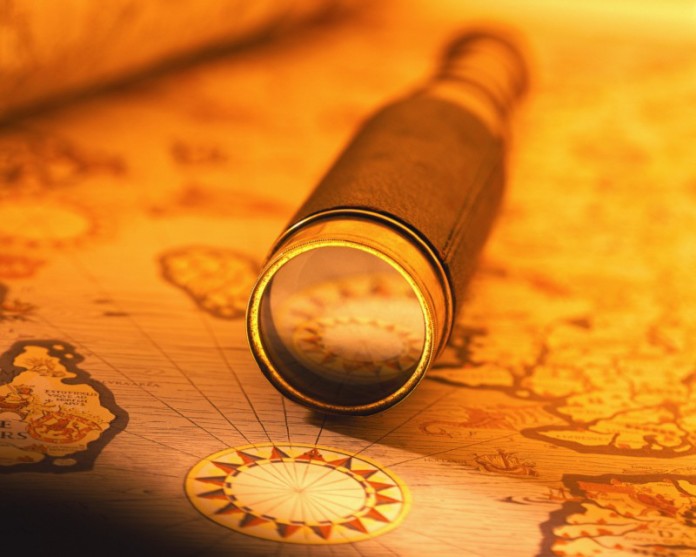 by Christian Penn: One of the greatest needs of a soul winner is to have a great concern for each individual to whom he witnesses. So often we forget the person to whom we are speaking and become enraptured with the presentation of the gospel, forgetting that soul winning is basically dealing with individual people.

Jesus is the perfect example of a personal soul winner. His goal was not one of talking just of himself, but rather dealing with people personally and through His personal concern, leading them to a point of faith in Christ.

Christ came to seek and to save that which was lost and each individual was important to Christ and He dealt with each one in a personal, individualistic manner. That is the job we have as soul winners. We are to keep our minds on men and our hearts on Christ and try to lead the two to come together. Jesus showed us a perfect example of concern for people in many ways.

He was concerned with people’s concerns.

In Luke 5 we see that Jesus came and saw the fishermen fishing. They had trolled throughout the night, but had caught nothing. This was their livelihood and obviously they were discouraged, for when they caught nothing it meant there was no income for them. Jesus did not come to them and tell them to take their minds off of worthless things and think on eternal things, but rather discussed that problem at hand and dealt with it first. He told them to cast their nets out a little bit further into the deep and they did so and the fish that were caught were such that the nets and the boats could not contain them. What a delight and a thrill it was to these fishermen, for this was the thing that meant the most them.

Then Jesus said, “Follow me and I will make you fishers of men.” He first of all dealt with their personal concerns before dealing with them concerning their souls. In this we see Jesus and His personal concern for people and their concerns. As a soul winner we too ought to be concerned with people’s concerns. That which is heavy upon their heart ought to be dealt with and that would be the easiest way to then lead them to Christ.

He was concerned with their activity.

Christ was interested in people and what they were doing. He came by a woman at the well and spoke to her concerning water. He came to Zacchaeus and offered to go home with him and dine with his family. When He was at the marriage feast he was concerned that the people enjoy their party and so He turned the water into wine. Christ never seemed too important or cold hearted to be concerned with the things that people were interested in. His interest caused them to be interested in Him and caused them to put their faith in the Lord Jesus Christ. We too need to be concerned with the activity of man in order that we might draw them to listen to us when we present the gospel.

He was concerned with their confusions.

Jesus showed a tremendous amount of sincere interest when a man was confused with the matter of salvation. So in John 3 Christ was concerned about the confusions of Nicodemus. He didn’t reprimand Nicodemus, but carefully instructed him in what it meant to be a Christian. It’s very important that as a Christian we tell others what it means to be saved and carefully deal with them when they are confused, not chiding them or embarrassing them but rather, carefully showing concern for the confusion they face in their life and leading them to an understanding of the gospel.

He was concerned with their needs and hurts

One of great characteristics I see in Christ is the way He was concerned with people who were sick or who had loved ones who were ill or afflicted; the way that He carefully dealt with those who hurt with sorrow, pain, and suffering, the way he healed the blind man, caused the lame man to walk, raised a dead one from the grave, healed another from leprosy. Jesus was concerned with people’s needs and that is what turned their hearts towards Him. He did not come speaking of himself, He came meeting the needs of people. The example of love and compassion for their hurts and their needs drew people to Him.

He was concerned with their sinfulness.

Jesus was not a judgemental person, but rather one that was concerned with the sin in someone’s life and used sin as an opportunity to lead a person to faith in Christ. Such was the case with the woman that was caught in the act of committing adultery. Jesus’ tenderness and love toward her lead her to a saving knowledge. So it was with the woman at the well. Jesus showed a great amount of concern for her in spite of the sin in her life. Perhaps because of the sin, knowing how desperately she needed a Savior. We too ought be concerned with the sinfulness in people’s lives and the hurt when we see it and it ought to make us want to lead them to knowledge of Jesus Christ.

He was concerned with their hunger.

He was concerned with their desperation.

The thief on the cross was at a point of death and Jesus showed concern in spite of his own suffering. The woman that had an issue of blood that touched His garment in desperation for healing, Jesus turned and took time to deal with her on a personal basis. When a person had reached a point of desperation, He showed that He cared and was interested in their need. How it ought to be with us as Christians, if when we see someone in despair, we do our best to be there, to help and to lead them to Christ.

He was concerned with the children.

How sweet it is to know that Jesus took the time for the little children and because of His interest in children, no doubt many adults turned their faith towards Him. We too ought to be concerned about the children of people and this is one way of causing many to come to know the Savior.

He was concerned about their wickedness.

Jesus took time for the maniac at Gadara, who for most purposes was a hopeless man, and who we all would have felt had no chance of salvation, yet there he was sitting clothed in his right mind and desiring to be with Jesus. What a miracle of a concern that Christ has for desperate men and wicked situations. We too ought to be concerned with the wicked, that one that has fallen into the depths of sin, we ought to live and do our best to reach.

He was concerned with their fears.

When Jesus was in the boat with the disciples and the storm and the winds were causing the waves to rise up and disturb the boat, Jesus stilled and calmed the waves and wind in order that the fears might be erased from those that were with Him. He was concerned with their fears. We ought to be concerned with the fears that man has in his life and our concern for his fears can bring him to a liberty in Christ.

He was concerned with their individual personalities.

How wonderful it is to know that Christ deals with men on an individual basis, dealing with their personality carefully. When He dealt with Matthew the tax collector, He did so in an exacting sort of a way. When He dealt with Peter, He did so in a way that would have drawn a rugged fishermen. In every dealing with man, Jesus dealt with them according to their personality to make them feel at ease and to cause them to come with faith to Him who could set them free and give them eternal life.

Each one of us has the responsibility of dealing with individuals for Christ. Be the kind of soul winner Jesus was. Be the type of Christian who is not so caught up in your own world that you fail to recognize the lost individuals you around.

4 Steps To Help You Know The Will Of God

A Challenge For All Men: Be Faithful

The Strength of Weakness

Length Does Not Matter

No Shortcuts to Success in the Lord’s Work