Compassion Can Make A Difference 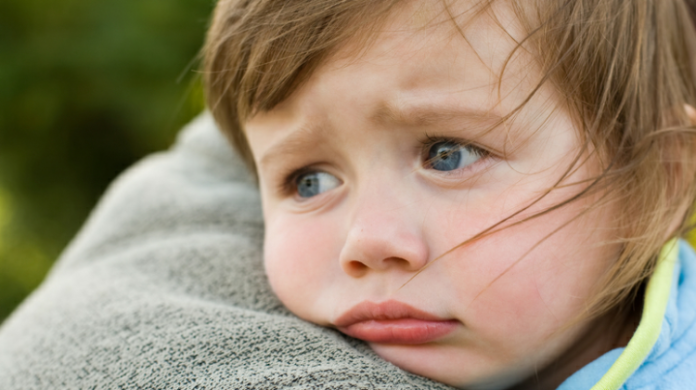 She sits opposite of the executive-style desk in her pastor’s office, eyeballing his candy dish.  Together they dig through the pieces, selecting what they want as an everyday conversation progresses toward unchartered, private territory.  “Tell me about your dad,” he ever-so-gently inquires.

Before tears were visible of accumulating, they were already dripping in a rhythmic pattern on to her tiny, size zero blue jeans.  Years of pain and turmoil were instantaneously unleashed with one simple question that reinforced her pastor’s love and concern for her.

She learned to push people away as a self-preservation tactic.  Her protective, unapproachable exterior is interpreted as “rebel” to some, but to the one with a softened heart mingled with wisdom and an extra dose of godly grace, it is a red flag rippling in the wind, signaling for someone to care.

Her friends have been selected on the basis of common ground:  Some are so verbally or physically abused by their own parents that they no longer live with them.  Their grades suffer.

One has been unrightfully given the duty of caring for her dying grandmother and administering her medications as the adults of the home are out doing their own thing, placing the weighty responsibilities on the shoulders of a young, teenaged girl who should only be concerned with completing that day’s homework rather than keeping an eye on the oxygen tank, fearful of having to make that next call to the rescue squad.

A young lady’s father beat her and her mother regularly when she was very young; that was, when he wasn’t throwing beer on his child in an effort to humiliate her with his display of “authority” over her, trying to convince himself – more so than her – that he’s not a coward.

Friends and strangers alike stare as another’s father is being handcuffed as the bus with forty-plus children pulls up to unload his son.  The frame of the teenaged son is large and muscular enough that he is easily mistaken for an adult, yet he is only fifteen.  Father and son cling tightly and hold their embrace in front of curious onlookers as long as allowed before the police haul his daddy away.  He won’t see him for months; he just got drafted as the man of the house.

One young lady gets picked up by her belt loops and the back of her shirt as her dad substitutes her body for a battering-ram and plunges her head-first through the wall of sheetrock inside their home.  She’s sexually and physically abused by the men in her life who were supposed to protect her.

A father emotionally abandons his daughter after his affections transfer solely to his new girlfriend and their newest babies; in her hurt, the daughter dresses for attention – good or bad – either way, she’ll take it.  She craves the assurance that she is wanted.

A sister feels responsible to gather her younger siblings and move them to safety, locking them behind closed doors as physical abuse erupts at 2 o’clock in the morning.  Everything is shattered in the morning.  It’s not uncommon for her to bundle everyone up in blankets as they wait inside the cold interior of the car that’s parked in the garage until the coast is clear.

With standards being the least of their worries at this point in their short, grief-stricken lives, they come to church in jeans – oftentimes with holes in them – and a T-shirt donning their favorite secular band at the time.  Flip-flops loudly smack the soles of their feet as they walk down the aisle, looking for a seat closest to the back.

The teenager’s face feels warm with uncertainty as they wonder underneath the glares, “What have I done wrong?  Isn’t this church?  I thought this was the one place where I’m supposed to feel safe and be loved?”  They struggle to return.

One day the North Wind had an argument with the Sun: who was smarter, stronger?  The North Wind pointed out a man walking down the street.  “I can make that man take his coat off and you can’t.”  “I’ll take that bet,” said the Sun.  The North Wind blew and blew; and the more that wind blew, the tighter that man held that coat around himself.  And then the Sun came out and smiled; it became warmer, and the man took off his coat.

Hurting people respond well to those who respond to them well.  It’s so easy for us well-intentioned people to desire a young person’s outward appearance to match up with our clothing standards, yet it has taken us years to get to where we are.
And so the cold wind blows: “I wish your children could live with me for a while and I’ll show everyone how they should be raised!”  “Why weren’t you at our youth activity?” “That would never happen if that was MY child!”  “If you didn’t read your Bible today, you’re anti-Christ!”  “You’re kids and you’re in church; you don’t have any problems.”

That’s probably the understatement of the year.  Children nowadays – in “church homes” or not – probably struggle with more issues than we ever did.  Most do not have both of their birth parents living in their home.  Most know someone who has committed suicide.  Most know someone who is a “cutter.”  Most, if they’re honest, would admit that they’ve flirted with the notion of suicide, even to the point of having it all planned out.  Most have friends who endure abuse – whether physical, emotional, sexual, or all of the above.

Whenever I see someone with a spirit that appears broken, I try to make a point of overly loving that child, if there is such a thing.  I dare not let them see me look them up and down with disapproval, because they’re desperate for someone – anyone – to love them right where they’re at.  After all, that’s what Jesus did with Mary Magdalene.  That’s what He did with the woman at the well, did He not?  He did not spiritually bully them; He accepted them where they were and loved them.

“And of some have compassion, making a difference: “ – Jude, verse 22

The harder the north wind blows its frigid air, the more likely we’ve just lost another future church member.  She may never get to be a pastor’s wife or youth leader, all because she was unaccepted at church – her spiritual hospital.  Or maybe he’ll end up marrying the wrong kind of girl because the “good ones” shunned him and made him feel unwelcome, all in the name of “spirituality.”  We must be careful!

At Pastors’ School a couple of years ago, Mrs. Schaap gave the illustration of a nurse running from her patient, displeased and disgusted by the shape that they were in.  How ludicrous, right?  But what exactly are we doing when we become critical and condemning rather than loving and accepting simply because we don’t like their condition?  I’m not suggesting to endorse the rock band on their T-shirt, but I am suggesting that we learn to praise them for being at church.  If they made it through the church doors, they are a success that day!  It’s our job to catch them; it’s God’s job to clean them.

If we want to make a difference, we need to give them a little SONshine!  Smile on them; warm them with your sincerity and kindess – just like my pastor does – and then watch them willingly take off their coat as they warm up to your love.  We may find ourselves shocked at how far a little grace, mercy, and compassion will go.

Oh, and regarding her pastor:  “He really cares,” she said quietly, with a smile and relief that softly trailed behind in her voice.

When The Grass Seems Greener

The Sin Of The Unstirred Church

What Does It Take To Get Our Attention?

Why I Only Use The King James Bible