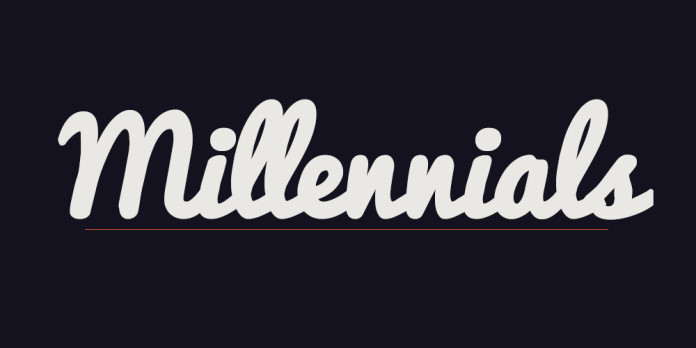 I was able to meet a young man today who to my surprise shared with me some things that bothers him about our generation and those following ours.  I was able to spend overall a couple of hours talking to him, I suppose.  I did not expect to have such a conversation today but nevertheless the Lord knew it would happen.

This young man is a youth pastor at his area church and his heart is with those young people.  He expressed some things that he sees in the youth of today.  Again to my surprise, I was just thinking along the same lines yesterday.  Here are a few thoughts and concerns the two of us shared to each other.  (They may not be word-for-word but you’ll get the general idea.)

1.  Very few are raised in church anymore.
This is sadly a very true statement.  If young people go to church anymore it is just to stroke their parents conscious so the parents do not feel bad about not being in church.  Many young people, and I’ve seen it too many times, quit church as soon as the reach that magic age, 18, because they think they’re old enough to make their own decisions.  Now that may be true according to the government but it is not true according to God’s Word.  Remember, Jesus said in Mark 12:17 “And Jesus answering said unto them, Render to Caesar the things that are Caesar’s, and to God the things that are God’s. And they marvelled at him.”  Young people, you are not your own you are still God’s.  He created you so you are rightfully His.
Parents, make church the focal point in your life.  I am so thankful that my parents raised my sisters and me to love church and to make it more important than anything except for God and His Word.  To put it bluntly, my life revolves around our church and the God of that church.  Is church just a duty you think you have to fulfill once every few weeks or is it a privilege and blessing as it should be?

2.  Very few young people know how to think anymore.
This young man shared with me some stories, which I won’t get into, but they basically illustrated the point that young people aren’t being trained to think anymore.  He made this statement, “You can look at each generation and see that they are getting dumber as they go on.”  What he was saying was this; as they grow to an age where you would expect a certain maturity level from them they do not reach that maturity level.  They are getting dumber and dumber.
One thing my parents have taught me about education is that it starts at home.  Education never starts at the school.  It is the parents duty to train up a child (Proverbs 22:6) not the public school system, or private schools for that matter.  However, I see a great dearth of young people being trained today because the parents are leaving it up to the school system.  I wonder what the parents of today would have done if there was no school system in place and they were completely responsible for them.  Young people need to learn how to think!

3.  The maturity level of young people today usually reveals whether or not they were brought up in church and trained to read the Word of God.
This young man that I was talking to astounded me when he said that.  This is so very true.  Your maturity level always tells your upbringing.  You know one thing that I have heard several times over the years is something about you can’t tell a person’s heart but God can, which it in itself is true.  That is what the Bible says; however, a person’s actions always tells a person’s heart.  For out of the abundance of the heart the mouth speaketh.  Your actions always reveals your heart.  Your tongue always reveals your heart and your attitude always reveals your heart.  You can tell who has been brought up right and who hasn’t.

4.  The young people of today do not even have the moral standards that any decent person would have; that’s not even including Biblical standards.
As we talked we saw different young people and heard different ones talk.  Some of the young girls, still in high school now, were with child.  Some of the young men were trading packs of cigarettes.  Some were using filthy language and their conversations were not appropriate by any means.
As I saw these young people today it broke my heart and at the same time I thanked God again that I never had to be a part of the public school system.  The more I see of this filthy world the more I realize their need for a Saviour and His redeeming grace!  I then realize again that something has to be done about it.  If America is going to be turned back to God it is going to be because of my generation and those to follow are reached with the Gospel.


As I close this post I want to ask, “Where are you”?  I realize that most of the people who will read this blog are Christian people; however, we are all commanded to take the Gospel to every creature.  I understand that for many who read this their children are being raised properly or they who are in my generation were raised well but that does not change the fact that we must reach them while we can. The more I seek God’s face and the more I pray for His power upon my life and the more I pray for Him to use me the more I come to realize that God I believe is calling me to reach my generation as did David (Acts 13:36) and those to follow; whether it is through their parents, grandparents, or individually.

Original article can be found at http://www.evangelistjohnallen.org/blog/where-is-this-generations-head

How Dry Is Your Engine?