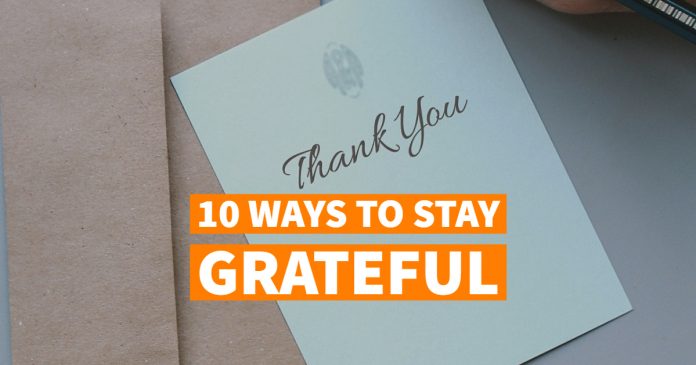 “And He looked up, and saw the rich men casting their gifts into the treasury.” (Luke 21:1)

“And it came to pass, as He went to Jerusalem, that He passed through the midst of Samaria and Galilee.” (Luke 17:11)

Real gratitude is real humility. One cannot be humble without gratitude, and one cannot be grateful without humility. Many years ago someone took a poll as to the greatest sin committed by mankind. To the surprise of many, the sin chosen as the greatest and most oft committed was the sin of ingratitude. Let us meditate for a while upon this grace which is so necessary to a successful and happy Christian life.

1. There is no such thing as a self-made man.

Paul said, “For we cannot but speak the things which we have seen and heard.” (Acts 4:20)

2. The foundation of gratitude is the expectation of nothing.

We are so prone to judge the size of a gift by how much it costs. This is certainly a poor basis for measurement. Money is simply time wrapped in a paper sack. The man who makes a dollar an hour gives as much when he gives a dollar as does the man who makes fifty dollars an hour and gives fifty dollars. Didn’t Jesus say that the woman who gave two mites had given more than them all?

On my last birthday I received many wonderful gifts. Which was the greatest? I am not sure, but it may have been the gift given me by a small lad. After I had baptized on a Sunday evening I was met at the door by a Junior boy who had made a birthday card and taped two quarters on the bottom of the card for me. This was probably a week’s allowance for him, and no doubt he spent a half day drawing childlike pictures on a piece of paper to make his preacher a birthday card. Hence, he gave me seven and a half days of his life as far as money is concerned. Some would have to give a hundred dollars to equal his gift because this is what they would make in seven days. Others would have to give a thousand dollars to equal this fifty-cent gift. As I weighed the size of my birthday gifts, I thought perhaps this boy had given more than them all.

Another gift I received was a birthday cake made by a lady who has a limited amount of money but unlimited love. Now if it took her three hours to make this cake, she gave me as much as anyone if they had given me the amount of money it took them three hours to earn. When one weighs a gift in this light, the gift becomes not small at all, and gratitude can fill the heart.

4. Do not measure a large gift.

Bear in mind that we are trying to develop gratitude. A large gift is easier to appreciate, and the weighing of such a gift oftentimes decreases gratitude. Hence, we weigh the small gift in order to gain more gratitude, but we do not weigh the large lest it take away from our gratitude.

5. Never lose appreciation for a gift.

Gratitude acquired should be gratitude kept. Continue to think of the gift. Continue to thank God for the giver. Just to say, “Thank you,” one time is not sufficient. Just to reciprocate once is not enough.

When I was a boy my sister made our living for a number of years. My dad was unemployed and the only food we had was the food provided by my sister. The first new bicycle that I ever owned was bought by my sister. She bought me my first baseball glove and fed, clothed, and housed me during some crucial years. I must not forget this. Just to say, “Thank you,” one time or give an expression of thanks one time is not sufficient. I must continue to express my gratitude.

There is a strange but true fact about the human race: We are so prone to complain because the roses have thorns rather than to rejoice because the thorns have roses. Someone has said that it hurts more to have to have your arm cut off than it feels good to have it on. How tragically true this is. This is the reason that someone may do a thousand kindnesses for another and yet lose his “friendship” because of one seeming injustice. A soul winner can lead another to Christ, point him to Heaven, save him from an eternity without God or hope, but later do something to disappoint that convert and strangely and tragically lose that “friendship.” Let us keep our balance. Don’t leave a church because the Pastor who has said thousands of things to help you says one thing to hurt you. Do not lose gratitude because someone who has done something for you seemingly does something against you. Let nothing extinguish our appreciation and gratitude to those who have befriended us.

7. Feel gratitude in the heart and think through every gift given to you and every gesture done for you.

Think of all of the possibilities concerning the plans and effort t put forth in the doing of something on your behalf. Let gratitude swell in your heart as you do.

8. Be sure to express gratitude.

Our Lord tells the story of the ten lepers who were cleansed. Only one returned to express thanks. Jesus asked, “Where are the nine?” Now it is entirely possible that some of the others felt gratitude, but failed to express it. There are so many of our feelings and expressions that go unexpressed, thereby robbing countless people of blessings. It has been the policy around our house for many years to encourage our children to express gratitude. A personal note of appreciation at the end of the school year to a teacher and a verbal or a written expression of gratitude to anyone doing a favor or kindness to them could always bring blessing. How important it is that we relay to people the feelings of our hearts in such matters.

9. Be grateful for the usual.

It is easy to be grateful for a bonus; it is character to be grateful for a salary. Most of us do not appreciate the usual things of life until they are lost. One of the finest ways to develop gratitude for the usual is to have periods set aside to imagine what life would be like if the usual were lost. Sometime each day think of the sorrow of a losing a husband, or wife, or a child, or a pastor, or a church. Such thinking will lead to gratitude in the heart and should lead to open expressions of that gratitude.

10. Be grateful for the least.

The more you appreciate the little, the more you will enjoy the average. Most of us have much more than we deserve, or for that matter, than anyone in previous generations has ever had. May God give us gratitude to Himself, gratitude to our loved ones, and gratitude to our friends. Then may He give us character to express the feelings of our heart to Him and to those who mean so much to us and do so much for us.

Backsliders; Are They Saved or Lost?

What Is Hindering Your Prayers?

Why Do We Even Have Public Invitations?

My Journey In And Out Of Contemporary Ministry