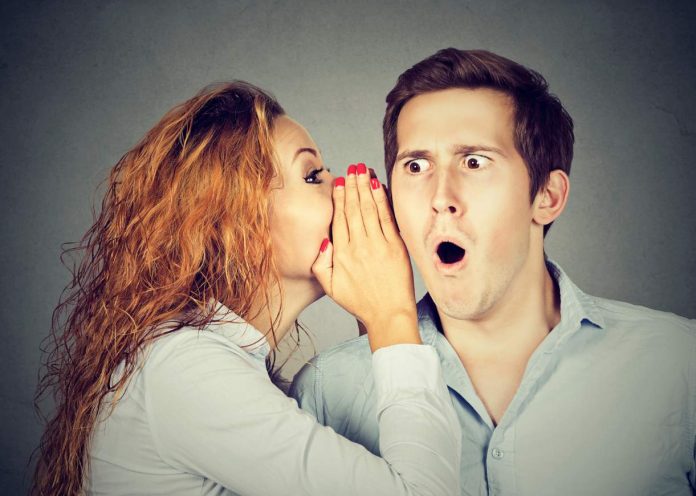 When Christians speak, orally or in print, there ought to be a note of integrity struck with every syllable spoken. Whether it be in the pulpit, on radio or television, the pastor’s paragraphs in Sunday’s bulletin, the editor’s column in this newspaper, or on an Internet blog, there should be (because we are Christians) a full commitment to scriptural values and views.

Since we’ve had pulpits, newspapers and Sunday bulletins a long time, we seem to have an idea about how to handle them in a way that is governed by the principles we all hold dear. Unfortunately, that is often not the case with the blogs.

In recent times, the Internet has come along. With it has come this phenomenon called “blogging.” A blog is a site where anyone with a computer can express his views openly and easily. Those blogs are then available for everyone with a computer to view. So far, so good! But now there’s a problem!

Some Christians have set up their own blog, or they post their thoughts on someone else’s site. Very quickly they can sign on and start giving the world the benefit of their thinking. They can express themselves positively or negatively about whatever comes to mind and about whomever they please.

Often these blogs become little more than gossip centers, rumor mills and character assassination venues. They can castigate and vilify Christian leaders, churches or colleges with impunity and with absolutely no accountability to anyone.

The rantings, so common on the blogs, need not be true. Rumor or someone’s sour grapes are often sufficient.

Oddly, these rumor-mongering blogs are often generated by some “courageous” soul who is using a pen name, a pseudonym. He then can spew his venom all over the place without putting his real name on it.

It is like writing an anonymous letter, but in the case of the blogs, it is posted for the world to see. No matter how damaging it may be to good, godly people, and no matter that it may or may not be true, it is there. It is uncertified and undocumented. It has no accountability, no checks or balances at all.

Scripture Should Steer Our Course

“Whether therefore ye eat, or drink, or whatsoever ye do, do all to the glory of God.

The scope of our obligation is twofold. First, we should be ever mindful of representing the Lord well in all things. “Whatsoever ye do” (vs. 31) leaves nothing out. Glorifying the Lord should be a top priority of all of us. The second thing is that we “give none offence” (vs. 32) to the outside world and to “the church of God.” This scripturally mandated responsibility we have to our brethren is often ignored, but it is actually quite important.

“Even so the tongue is a little member, and boasteth great things. Behold, how great a matter a little fire kindleth!

“And the tongue is a fire, a world of iniquity: so is the tongue among our members, that it defileth the whole body, and setteth on fire the course of nature; and it is set on fire of hell.”—Jas. 3:5,6.

Even a few inflammatory words can start a major fire. “The course of nature” and “fire of hell” indicate this is not spiritual or godly behavior.

“But if ye have bitter envying and strife in your hearts, glory not, and lie not against the truth.”

“For where envying and strife is, there is confusion and every evil work.”—Vss. 14,16.

The picture the Scripture paints on this is not pretty. Instead, it declares it to be the harbinger of “every evil work” (vs. 16). Should not God’s people steer themselves on a course that will have a decidedly different outcome? Truly they should!

“But the wisdom that is from above is first pure, then peaceable, gentle, and easy to be intreated, full of mercy and good fruits, without partiality, and without hypocrisy.”—Vs. 17.

This verse describes a totally different game plan for sincere Christians. When we operate by “the wisdom that is from above” (vs. 17), please observe that the elements of that wisdom are (1) pure, (2) peaceable, (3) gentle, (4) easy to be intreated, (5) merciful, (6) fruitful, (7) without partiality and (8) without hypocrisy.

This powerful verse teaches us a very needed lesson. Can we not wisely apply it in all our dealings with our brethren?

Several things are in play here that I hope we can all prayerfully consider.

Our First Amendment freedoms have come at great cost, and they are precious!

But Christians (of all people) should use their freedoms responsibly. Opinions, rumors, etc., should be checked, rechecked and fully certified before being repeated or published.

As a Christian newspaper, the sword of the lord is very careful about reporting information, even when it’s true. Some information may be true without needing to be told to the whole world, so we don’t report it. At other times, it is a story that impacts a lot of people, and it needs to be reported. Even then, we carefully check and recheck the matter, including documentation from primary sources when possible.

It has been our consistent practice to (1) make every effort to get the facts right, (2) certify them and document them, (3) use wisdom in what we report and (4) be gracious in the way we report it.

The Christian blogosphere needs to apply some of these same principles of journalistic integrity and Christian demeanor.

2. Scandals (even Christian ones) should be exposed!

If and when there are issues of scandal, the scoundrels should expect to get some bad press. But the blogosphere so often has no journalistic credibility whatsoever. It often is “my thoughts” and “your thoughts” which are given with no other purpose than to smear good people.

For example, a student in a Christian college gets booted out. He or she gets on the Internet and tells everyone what a bad place the college is and how wicked the administration is. Typically, he knows of twenty-nine other cases like his own where students were dismissed in a heavy-handed and unchristian way. Therefore, the college is now (according to him) a wicked place.

Now understand—the blogger will not tell you why he got kicked out—cheating on a test, just one beer he drank, or something, but it was only one time (according to him).

Then other bloggers pile on, and the next thing you know, the aura of suspicion hangs over that school like a dark, shameful cloud. And for what? One disgruntled ex-student with a computer and a bitter spirit got it done.

Such behavior is shameful and despicable—for Christians!

Whatever happened to suffering in silence? and following Matthew 18? and not being vengeful? When did Christians get a license to go on a crusade against someone or some place because they did not get their way or a fair shake?

Even if you were wronged, you are well-advised, I believe, to walk with God, keep your bad-mouthing bitterness to yourself and stop trying to poison the stream from which so many others are drinking without ill effects!

3. Gossip is not a Christian activity!

Even if you do it with a computer, it is not right! The fact that you have your own blog does not give you scriptural license to peddle gossip.

Consider the principles of Matthew 18. That’s a pretty good place to start if you have issues with a Christian brother!

Whether we’re talking about a newspaper, such as the sword of the lord, or a blog, or the pulpit—if a Christian brother is believed to have done something wrong, I believe you and I have a scriptural obligation to try to resolve all such conflict with the offender personally and privately first.

This urge to use your blog to blab what you heard without going through the Scripturally mandated redemptive process is a shame and a disgrace to the testimony of Christ.

4. Christian integrity demands accountability of all of us

Don’t open your mouth unless you’ve done your homework and know for sure whereof you speak.

5. It is neither faithful nor fruitful, neither pious nor prudent to tell everything you know—even if it is true!

Some things serve no public good by being spoken.

So even if you know something is true, ask yourself, “Is this necessary?” If the answer is no, then don’t blog (blab) it.

6. Some things are issues of sufficient public interest and for the public good that they must be reported.

But even then, it should be done in a responsible manner. Facts must be checked and rechecked. Primary sources must be consulted. Be accountable for your actions. Sign your name to whatever you say or write.

As I review the Christian blogosphere, I see a lot that doesn’t look certifiably Christian to me.

The suggestions I’ve made above, if implemented, would render most of the blogs to the status of a blank page! Since I’m running this article in the sword of the lord and posting it on our Web site (swordofthelord.com), I will no doubt incur the displeasure of some bloggers. I honestly am hoping for more than that. Here’s my reasoning for this expectation.

I believe many of the Christian bloggers are good people who have simply not considered the impact of their actions or properly assessed the situation for what it is. They may be dabbling in the blogosphere and just “having fun” stirring controversy.

There are a few who are, I believe, malicious, ill-mannered mudslingers who are happy that they are inflicting grief on others. I’m sorry for them, and even here I hope and pray that they will pause, catch their breath and rethink how they are spending their time.
Conclusions

The blogosphere is mostly about molehills, not mountains. But a lot of good people are being smeared without mercy over the molehills. That’s shameful!

Christians should be able to discern the difference between pimples and cancer! Pimples may be unsightly, but they are not life-threatening. I’ve noticed through the years that, given time, most people deal with their pimples and they disappear.

In the meantime, if you are incensed by the unsightly pimples, go face the person that has them. Don’t vilify him or her with your computer.

The current state of things in the Christian blogosphere could more aptly be described as a “blab-a-sphere.” I hope that will start to change.

As a start, a lot of the bloggers could shut off their computers, shut down their blog, get a good night’s sleep for a change and see about doing something really constructive when the morning comes.

Original article can be found at http://www.soulwinning.info/sermons/dr_smith/christian_blogosphere.htm

Let Patience Have Her Perfect Work

Why Are We Trading Holy Living For A Hollywood Brand Of Christianity?

Why Kids Don’t Want To Go To Church

The Kind of Preaching We Need

You Want A Changed Life? Get Started At The Alter

Right Living Is Not Legalism