IndependentBaptist.com
Home Articles A Life in Pursuit of God

Although A. W. Tozer died in 1963, his life and spiritual legacy continue to draw many into a deeper knowledge of God. Tozer walked a path in his spiritual life that few attempt, characterized by a relentless and loving pursuit of God. He longed to know more about the Savior—how to serve and worship Him with every part of his being.

Throughout his life and ministry, Tozer called believers to return to an authentic, biblical position that characterized the early church—a position of deep faith and holiness. “He belonged to the whole church,” says James Snyder in the book, In Pursuit of God: The Life Of A. W. Tozer. “He embraced true Christianity wherever he found it.”

During his lifetime, Tozer pastored several Christian and Missionary Alliance churches, authored more than forty books, and served as editor of Alliance Life, the monthly denominational publication for the C&MA. At least two of Tozer’s books are considered spiritual classics, The Pursuit of God and The Knowledge of the Holy—a tremendous accomplishment for a man who never received a formal theological education. The presence of God was his classroom. His notebooks and tools consisted of prayer and the writings of early Christians and theologians—the Puritans and great men of faith.
Tozer’s conversion to Christianity came when he was seventeen. As a result he gained an insatiable hunger and thirst for the things of God. A cleaned-out area in the family’s basement became his refuge where he could pray and meditate on the goodness of God.

Tozer once wrote, “I have found God to be cordial and generous and in every way easy to live with.” To him the love and grace of Jesus Christ were a recurring astonishment,” writes Snydner.

Although he had not attended Bible college or seminary, Tozer received two honorary doctorates. He accepted an offer to pastor his first church in West Virginia in 1916. By December 1921, Tozer and his wife, Ada, moved to Morgantown where they had the first of seven children, six boys and a girl.
Money was extremely tight in the early days of his ministry. The Tozers made a pact to trust God for all their needs regardless of the circumstances. “We are convinced that God can send money to His believing children—but it becomes a pretty cheap thing to get excited about the money and fail to give the glory to Him who is the Giver!”

Tozer never swayed from this principle. Material things were never an issue. Many have said if Tozer had food, clothing, and his books, he was content. The family never owned a car. Tozer, instead, opted for the bus and train for travel. Even after becoming a well-known Christian author, Tozer signed away much of his royalties to those who were in need.

His message was as fresh as it was uncompromising. His single purpose in life was to know God personally, and he encouraged others to do the same. He quickly discovered a deep, abiding relationship with God was something that had to be cultivated.

While pastoring a church in Indianapolis, Tozer noticed his ministry changing. While he did not depart from the theme of evangelism, God began to lead him into a new phase of ministry. For the first time he began to record his thoughts on paper. This change eventually carved out a place for him as a prolific writer.

In 1928, Tozer accepted a call to pastor the Southside Gospel Tabernacle in Chicago, where he remained for thirty years. The church grew from a small parachurch to a full-fledged church. Missions and the deeper life in Jesus Christ were its two primary focuses.

Everything Tozer taught and preached came out of the time he spent in prayer with God. It was there that he shut out the world and its confusion, focusing instead only on God. “Our religious activities should be ordered in such a way as to leave plenty of time for the cultivation of the fruits of solitude and silence,” wrote Tozer.

He realized early in his ministry that Christ was calling him to a different type of devotion—one that required an emptying of self and a hunger to be filled to overflowing with God’s Spirit. It was also a devotion that consumed him throughout his life.

Leonard Ravenhill once said of Tozer, “I fear that we shall never see another Tozer. Men like him are not college bred but Spirit taught.”
“God discovers Himself to ‘babes,'” wrote Tozer, “and hides Himself in thick darkness from the wise and the prudent. We must simplify our approach to Him. We must strip down to essentials and they will be found to be blessedly few.

A. W. Tozer died on Monday, May 12, 1963, almost a week after preaching his last sermon. The pursuit was over, the destination reached. A simple epitaph marks his grave in Akron, Ohio: A. W. Tozer—A Man of God.

The wondrous pursuit of God is more than a legacy. It is a way of life passed on to us that we too might experience what A. W. Tozer lived. Have you begun your pursuit of God? 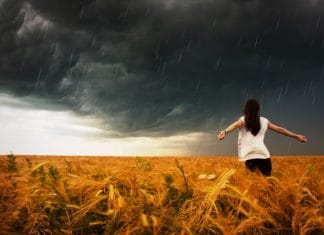 "When our crises come, will we be prepared?"

What To Do When Social Media Becomes More Important Than Family...

The Sorrows of Backsliding