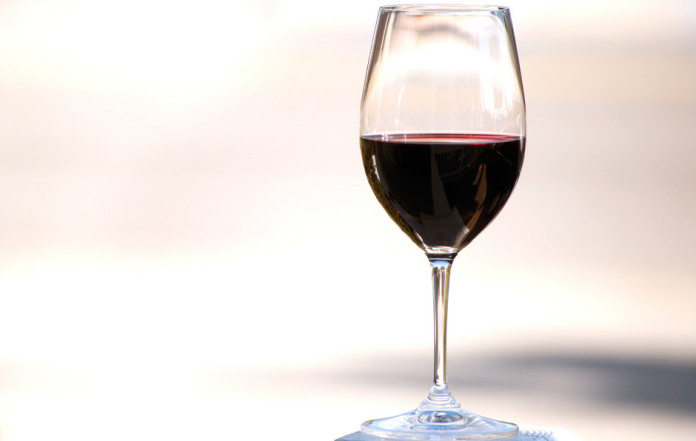 We have already examined several of the primary supports used for the moderate position and found them lacking. For instance, moderates say drinking is acceptable as long as the alcohol does not affect you – but this is impossible; Scripture teaches that alcohol does affect you. Moderates say that the only type of wine available in Bible times was alcoholic – this is intellectually ignorant and spiritually lazy. Moderates say that alcohol is spoken of as both good and bad in the Bible – I have shown you that most of the pro-drinking passages reference grape juice and that context reveals whether Scripture is speaking of alcoholic or non-alcoholic wine. In addition, we have seen that the Bible overwhelmingly portrays alcohol in a negative light, and that there are severe consequences to drinking.

In this post and the next one I want to examine the moderates last great support: drinking alcohol is permissible because Jesus drank and made alcohol.

He did? Really? I propose He did not and here are my reasons.

First, there are no scripture passages that say He did.
Moderates often reference the Last Supper when Jesus transitioned the Passover into the Lord’s Supper. (Life of Christ 166) I am not afraid of the word wine but Scripture does not even use that word in the context of the Last Supper or the Lord’s Supper. For instance, Paul said in I Corinthians 11.25, After the same manner also he took the cup, when he had supped, saying, This cup is the new testament in my blood: this do ye, as oft as ye drink it, in remembrance of me. The synoptic Gospels discuss the Last Supper in Matthew 26, Mark 14, and Luke 22. All three of them use this same word cup. If you want to look it up in the original language you will find it has no alcoholic undertones. It simply means a small container.

Not only that, but each of these passages explicitly use the phrase fruit of the vine. Curious, huh? It is almost like God knew people would use Jesus as an excuse for their own drinking so He was careful to make sure Jesus’ actions could not possibly be misunderstood.

Jesus was offered wine (also referred to as vinegar) on the cross but He turned it down. Jesus made wine (which I will discuss in the next post.) Jesus used wine as an illustration. But not a single one of the 233 references to wine in the Bible discusses Jesus 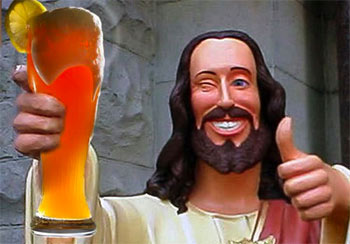 drinking wine. He was, of course, accused of being a winebibber but that holds no weight with me. He was accused of all manner of things He did not do. Let me say it again just so the point does not get missed: there is not a single reference in the Bible that says Jesus drank wine. As I understand Scripture He did – the non-alcoholic variety –  but even that is not explicitly referenced as such. Go ahead. Look. It just is not in there. …which means you might want to stop using it as a support.

Second, as our High Priest Jesus actually could not drink alcohol.
And the Lord spake unto Aaron, saying, Do not drink wine nor strong drink, thou, nor thy sons with thee, when ye go into the tabernacle of the congregation, lest ye die: it shall be a statute for ever throughout your generations: And that ye may put a difference between holy and unholy, and between unclean and clean. (Leviticus 10.8-9) Never mind for the moment that Scripture here calls alcoholic beverages unholy and unclean just notice they were forbidden to the high priest. If the priest were to drink it would send a mixed message to the people to whom he ministered.

Some will be inclined to mention that this rule was only applicable when the high priest was on duty. I tend to agree. I also think you will agree that Jesus was never off duty. Others will say He was not a high priest after the order of Aaron. Jesus, though a priest after 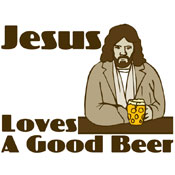 the order of Melchizedek, fulfills in Hebrews the role of the Aaronic high priest to a T. Such is abundantly clear. Jesus – as our High Priest – has His nature described for us in Hebrews 7.26. For such an high priest became us, who is holy, harmless, undefiled, separate from sinners, and made higher than the heavens. The High Priest whose name is the Holy One of Israel certainly would not have ingested a beverage Scripture names as unholy and unclean. Jesus could not have imbibed alcohol.

“Yeah, but everybody knows Jesus drank.” Yes. And everybody also “knows” that the only kind of wine available in His day was alcoholic.
Me? I am just not very impressed by what everybody knows…

8 Traits That Tell If Your Church Deacons Are Great

Put Your Money Where Your Mouth Is