How Did Christ Handle Social Justice? 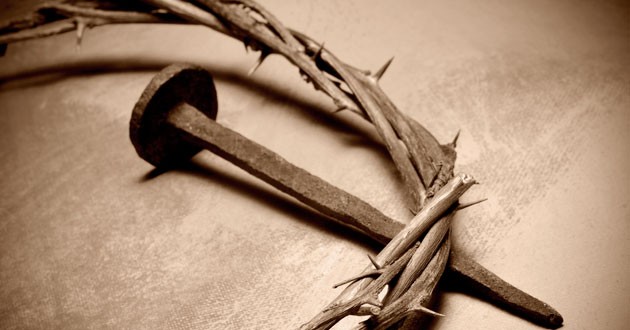 “26 Then released he Barabbas unto them: and when he had scourged Jesus, he delivered him to be crucified. 27 Then the soldiers of the governor took Jesus into the common hall, and gathered unto him the whole band of soldiers. 28 And they stripped him, and put on him a scarlet robe. 29 And when they had platted a crown of thorns, they put it upon his head, and a reed in his right hand: and they bowed the knee before him, and mocked him, saying, Hail, King of the Jews! 30 And they spit upon him, and took the reed, and smote him on the head. 31 And after that they had mocked him, they took the robe off from him, and put his own raiment on him, and led him away to crucify him. 32 And as they came out, they found a man of Cyrene, Simon by name: him they compelled to bear his cross. 33 And when they were come unto a place called Golgotha, that is to say, a place of a skull, 34 They gave him vinegar to drink mingled with gall: and when he had tasted thereof, he would not drink. 35 And they crucified him, and parted his garments, casting lots: that it might be fulfilled which was spoken by the prophet, They parted my garments among them, and upon my vesture did they cast lots. 36 And sitting down they watched him there; 37 And set up over his head his accusation written, This Is Jesus The King Of The Jews.” – Matthew 27:26-37 (KJV)

DEATH ON A CROSS WAS RESERVED FOR THE WORST OF CRIMINALS

Jesus Christ the very Son of God came down on this ole earth and paid the price for all of the sins of humanity. He paid in full my sins, your sins, and even the sins of the guy you can’t stand. We often don’t like to think about all the things that He went through in order to pay the price needed. The reason I believe is because it reveals to us just how sinful we really are. If we got what we deserved, we would be in hell with our back broke frying like a piece of bacon.

The crown of thorns was used by the soldiers to mock Him for claiming to be a king, but they didn’t accept Him as their King. Are you going to do the same? Are you going to spit in His face and crown Him with thorns as well?

EVERY CRACK OF THE WHIP SCREAMS I HATE YOUR SIN

He was stripped naked while He was beaten. You want to talk about humiliation, that should be the very definition. Could you imagine being beaten like that naked?

Jesus did all that so He could die to pay the price for our sins. God wanted to have an eternal relationship with each one of us so much that He sent His only Son to die on the cross as payment. We serve a just God. We serve a righteous God, but we also serve a compassionate God. His compassion towards humanity comes with a high price. A price that if we reject it, we are spitting in the very face of God.

“3 He is despised and rejected of men; a man of sorrows, and acquainted with grief: and we hid as it were our faces from him; he was despised, and we esteemed him not. 4 Surely he hath borne our griefs, and carried our sorrows: yet we did esteem him stricken, smitten of God, and afflicted. 5 But he was wounded for our transgressions, he was bruised for our iniquities: the chastisement of our peace was upon him; and with his stripes we are healed. 6 All we like sheep have gone astray; we have turned every one to his own way; and the Lord hath laid on him the iniquity of us all.” – Isaiah 53:3-6 (KJV)

God could not even look at His own Son because of all of the sin that had been poured out on Him. God had to turn His back on His own Son to provide a way of escape for us from eternity in hell. An eternity that has no end from all of the suffering and pain.

“45 Now from the sixth hour there was darkness over all the land unto the ninth hour.  46 And about the ninth hour Jesus cried with a loud voice, saying, Eli, Eli, lama sabachthani? that is to say, My God, my God, why hast thou forsaken me? 47 Some of them that stood there, when they heard that, said, This man calleth for Elias. 48 And straightway one of them ran, and took a spunge, and filled it with vinegar, and put it on a reed, and gave him to drink. 49 The rest said, Let be, let us see whether Elias will come to save him. 50 Jesus, when he had cried again with a loud voice, yielded up the ghost.” – Matthew 27:45-50 (KJV)

DEATH ON THE CROSS WAS ONLY TEMPORARY

“1 In the end of the sabbath, as it began to dawn toward the first day of the week, came Mary Magdalene and the other Mary to see the sepulchre. 2 And, behold, there was a great earthquake: for the angel of the Lord descended from heaven, and came and rolled back the stone from the door, and sat upon it. 3 His countenance was like lightning, and his raiment white as snow: 4 And for fear of him the keepers did shake, and became as dead men. 5 And the angel answered and said unto the women, Fear not ye: for I know that ye seek Jesus, which was crucified. 6 He is not here: for he is risen, as he said. Come, see the place where the Lord lay.” – Matthew 28:1-6 (KJV)

Jesus died on the cross alone, so we will never have to ever be truly alone.  I can’t even begin to understand what is must have been like to be hanging from a cross having your Father turning His back on you. How much love does our Heavenly Father demonstrate to us by this?

Just as the trials of this life are only temporary, so is our experience with death. By temporary what I mean is we will only have to deal with it on this side of the grave. Once we go into eternity, we will never have to taste death. We will never really know how much is COST.

DEATH ON THE CROSS WAS VICTORIOUS

EVERY CRACK OF THE WHIP SCREAMS I HATE YOUR SIN

EVERY CRACK OF THE WHIP WAS FOR THE SINS OF YOU AND ME.

Will you please accept Jesus Christ as your personal Lord and Savior today?

The Mystery of Romance