A Patch or a Fix? 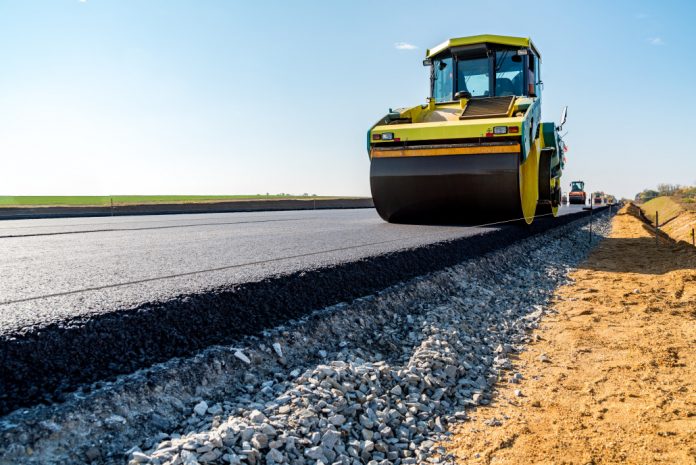 The older and weaker that my body gets, the more I must do to keep it from breaking down altogether. I wandered into a chiropractic office one day, due to the referral of a friend. As a new patient, I studied the waiting room: a few nice chairs, a coffee table with magazines, and a TV. On the wall there was a poster with photos of two different roads. One was a dingy, gray road with cracks; it had potholes and was shoddily patched (similar in appearance to spackle on a wall before sanding it down). The other road was a fresh, deep, black layer of asphalt; it had bright yellow painted lines, and the road looked smooth and clean.

On the poster were the words, “Patch or Fix.”

It was referring to physical health and the avenues that many of us use to cut corners such as using Tylenol and Band-Aids when we should be addressing the real problems. Immediately, my mind viewed this from the spiritual aspect, and I almost shouted, “Hey, that’s good right there!”

First, I thought about people in the Bible who should have let God handle their problems. They should have quit trying to cover their mistakes, and should have just let God fix the situation. David was the best example of this when he sinned with Bathsheba. He immediately tried to cover it up. He tried to have Uriah, Bathsheba’s husband, come home so that he might think when she started showing her pregnancy that it was his baby. When Uriah turned out to be an incredibly honorable man, refusing to lay with his wife because so many men were dying in battle, David had him carry his own death sentence back to the battle. Uriah was sent to the most dangerous part of the battle, and there his life was taken. Eventually David admitted his sin and repented, but God did not spare him the consequences of his actions. Bathsheba lost the baby. That story could have had such a different ending if David would have let God fix the situation instead of messing it up worse by taking it into his own hands!

Next, I thought about my husband and I and how this simple truth applied to our own lives.

For many years as I was growing up, I was spiritually broken. I had been hurt by church people. I was bitter and confused. I had been introduced to the punk rock crowd. That became my “patch.” I was drinking and smoking at a young age and hanging out with the wrong crowd. The way that these substances made me feel took my mind off of my spiritual emptiness. I self-medicated until I was numb to my bitterness. I was fifteen when I met my husband, who was also into the rock scene. We married when I was eighteen years old; I thought marriage would also be a type of “patch”. I thought that having a man in my life would make things better, but one miserable person plus another miserable person only equals two miserable people. We drank ourselves stupid, and spent six years slapping that road spackle over our broken lives. We remained miserable. We were liars, and we were selfish. Due to our terrible marriage, divorce was a weekly threat. We were addicts and abusers. We spent all of our paychecks on alcohol, and had a constant revolving door of strangers in our house to attend the endless “parties” we threw. In reality, we could not stand living the sad lives that we had created for ourselves, and being alone forced us to realize it more. We were lonely and had a great void to fill, but we did not know for what we were longing to make it better.

A few years into marriage, we were expecting our first child. Reality began to set in. The thought of what chance my child had in life on our junky road convicted me. I wanted to offer him perfect things, and our lives were far from it. As God started tugging at my heart I started giving in, but my husband was as stubborn as ever. (Men have some sort of “fix it myself” complex, so they do not like to admit that they are wrong.)

When I had tried on several occasions speaking to Brandon about finding lasting relief and hope for our lives, he shot me down each time—sometimes pretty roughly. I grew discouraged. Brandon had gone to Bible college but was expelled for living in blatant rebellion of what was expected there. His dad was a pastor; he had grown up in church. It was harder to speak to him, knowing that he knew more than I did about Jesus and the Bible. I was intimidated and backed down.

I knew a few church people. There was a particular one who was as if she were family to me. I sought her help. I did not know much about the Bible, but she taught me little by little.

Together, we prayed for our husbands.

About six months later, Brandon had decided to join the Air Force. He was ready to sign and to leave when the Air Force recruiter noticed some things in our lives that needed clearing up first. Because we needed to move in with his parents, we agreed to abide by my father-in-law’s rules of going to church. I was secretly excited about this! Our first service at church was uneventful. I guess I was hoping for a joyous skip down the aisle to the altar hand-in-hand with my husband, but it did not happen. That night I spoke to Brandon again. He was annoyed and angry by my words, but I continued to press regardless. It had been six years since he had even prayed, and he did not believe God existed by this point.

I offered, “What could it hurt to just pray and test God out? You have to believe in something. If it’s not God, then will you just believe evolution and believe that nothing happens when you die? Are you sure you have 100% faith in that?” He gave no response. He rolled over and fell asleep.

The next day I got a text from my husband that said, “I prayed today, and I grabbed a New Testament on the way out the door and read a verse. It said, ‘And if a man also strive for masteries, yet is he not crowned, except he strive lawfully.’ I think that God is telling me that if I expect anything from Him, I should do things His way.” Brandon decided to pray and, as crazy as it sounds, as simple as that, God spoke to him through one prayer and one verse telling him to give this church thing a shot!

He continued to pray, “God, if You are real, show me in a way that I will never doubt you again. If you will do that, I will give you what is left of my life and my family.” The next few weeks were unbelievable. Here, this stubborn, rebellious, selfish man was searching for God, and guess what?

God did not let him down!

God was in everything we saw! We broke during that very next service; it was a Wednesday night. Brandon shot up, interrupting his dad, and told the whole church what had been going on in our lives in the days preceding. He shared how God had made Himself real and had been in everything. Revival broke out in our church! To sit and to testify of all of the wondrous things God did, even in that first week alone, would be a small book! God showed up in such a way that we could never doubt Him again!

Even though that was several years ago, God still shows off to us every day, constantly proving His realness! He tore up all of our junky patches. He made us new and made things right like only His perfect hands could! The Bible says in 2 Corinthians 5:17, “Therefore if any man be in Christ, he is a new creature: old things are passed away; behold, all things are become new.“ It does not say that we are refurbished, patched, or improved. When we found Christ, He made all things NEW!

Sometimes, even as a Christian, I can still get lazy or stubborn and decide to patch up that tiny pothole on my own instead of giving it to God. In my human mind I think, “Maybe just a little strip of sealer could do the trick! Nothing too invasive, right?” David had a little sin in his life, and when he did not give it over to God it snow-balled out of control. It cost him and Bathsheba their baby, and cost an innocent man his life. We are not good enough Christians to handle the problems of life by ourselves. We were not made to be sufficient in this area. Our way of “fixing” things is a poor job compared to the perfect work of the One Who can make things new.

I am so glad that I let the Professional handle the repairs in my life! I hope you will, too!