Why We Need To Stop Asking God To Bless America 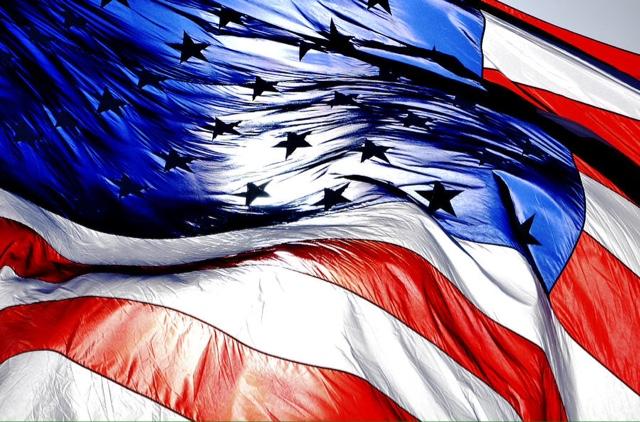 The United States is not great because of our armies, or wealth, or our people. It is because God gave his understanding and heart to our forefathers when they formed this great nation. The United States of America will remain strong only as long as its people seek God, and remain true to him.

After the terrorist attacks of September 11, 2001, America as a nation stood united for the cause of freedom. We, as Americans, asked God to bless us. Flags waved once again, and people were very united and patriotic. This is as it should be, but there is something the American people did not do, and have not done. There is something the leaders of this nation have not done, nor have they asked the American people to do.

I have seen many bumper stickers, many billboards, many placards stating in bold letters, “GOD BLESS AMERICA”

I have not seen one – Not ONE – that states, “GOD FORGIVE AMERICA.”

It is important that God bless this great nation. However, God must forgive us first, and in order for God to forgive us, we must first ask his forgiveness. America will never ask forgiveness until its people see their guilt before a most holy God.

In an October 17, 2001 speech before the U. S. House of Representatives, Representative Roscoe Barlett (R-Maryland) explains how America has changed in the last 50 years. (The entire speech of Representative Barlett is on our church’s web site.  Click here.)  The change has not been good. America has departed from its Christian foundations. Our nation will not prevail if we continue to forsake the Christian principles she was founded upon. There are many sins America has allowed, even encouraged by passing laws that make sin legal. But God hasn’t changed his mind about sin. Sin is still sin in the eyes of Almighty God, and he is still the God of judgment.

Jerry Falwell recently apologized to the American people for stating the terrorist attacks on September 11 was the judgment of God upon America. Pat Robinson has been called a “crackpot” for saying the same thing. I do not believe all these two men believe, but I personally believe both of these men are right when they assert that God judges sin. God judges sin in individuals, and he judges sin in nations.

It is evident in the lifestyles of people today, they have forgotten that God is the final judge. Our nation has forgotten the fact that there is also a judgment of the nations.

Matthew 25:31-46 gives the record of the coming judgment of the nations. Christ will separate all nations into two groups before he pronounces sentence upon them. Their position on the right hand or on the left hand is the result of their treatment of a third group of people called “my brethren”. There will be no lawyers or anyone to plead either case. Christ himself will be judge. There will be no verdict appeals to a higher court. The righteous judgments of Christ will not be reversed, changed, or altered.

The following examples clearly show the slow progression away from Godliness and toward wickedness. It is important to understand that these laws were made starting in 1947. These laws were made by the courts (not by the legislative bodies of congress) in order to change that which was already there. From the founding of the United States of America, it was legal to do what these court created laws prohibited.

Ø In 1947, the Supreme Court in Everson vs. Board of Education deviated from every precedent for the first time and in a limited way affirmed a wall of separation between church and State in the public classroom.

Ø In 1962, 40 years ago, in Engle vs. Vitale, the Supreme Court removed prayer from public schools. We know that before 1962 it was legal to pray in public schools.

Ø On January 22, 1973, in Roe vs. Wade, the courts decided that a woman’s right to an abortion fell under the right of privacy, protected under the 14th amendment. It is plain to see that the founding fathers had no intention of making abortion legal when they wrote the constitution.

What Can I Do?

II Chronicles 7:14 states, “If my people, which are called by my name, shall humble themselves, and pray, and seek my face, and turn from their wicked ways; then will I hear from heaven, and will forgive their sin, and will heal their land.”

God gave Jonah the task of preaching against the exceeding great wickedness of Nineveh. Jonah 3:4 clearly states the preaching of Jonah, “…Yet forty days and Nineveh shall be overthrown.” Nineveh heard, repented in dust and ashes before God Almighty, and he forgave their sins and repented himself of the wickedness he would have done to them.

God is the same God he has always been. He will forgive America. He will heal our land and he will bless us once again.

We must repent before an Almighty God, and ask his forgiveness.

Then, and only then, can we truly pray, God bless America.

Then, and only then, will God truly bless America once again.

What Does It Take To Get Our Attention?

The Way We Are Headed, America Is Done

Don’t Tell Me That Drinking Alcohol Doesn’t Affect You