Where Do Our Prayers End Up? 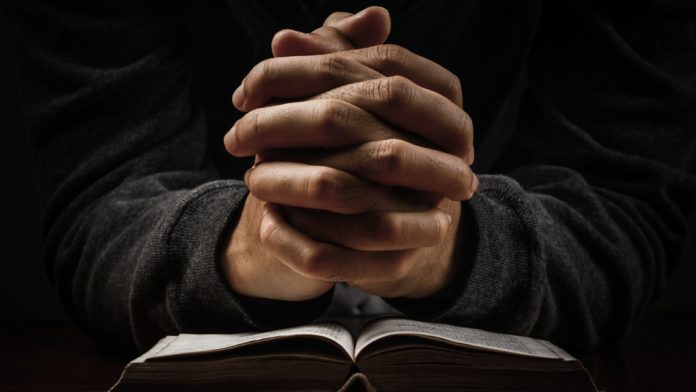 Revelation 5:8 And when he had taken the book, the four beasts and four and twenty elders fell down before the Lamb, having every one of them harps, and golden vials full of odours, which are the prayers of saints.

I am going to tell you a quick story which I believe illustrates how precious our prayers are to the Lord.  When I was in my mid 30’s I decided to go to Bible College 700 miles from my hometown.  I remember how upset my parents were as we loaded the moving truck.  My Mom, with whom I am very close, was not very happy we were taking their new grandson, Zachary, 700 miles away from them.

I vividly recall some of the choice words my Mom used to describe how she felt about my decision; I cannot use them in this article (lol).  We moved and it was hard on everyone.  We missed our church and our family and friends.  Our son, Zachary, was about 3 years old and he was totally and completely in love with his granddaddy, whom he called Paw Paw.  Those two had been as thick as thieves since the moment Zachary was born and it was killing them to be separated by such a great distance.

As the weeks passed we were constantly exchanging phone calls and notes.  Over and over again we would help Zachary prepare a little note to send to his Paw Paw.  Usually, they were of the crayon variety with wonderful landscapes, animals, and people.  Many of the notes were pictorials of the weather we were experiencing, things happening in our family or things Zachary hoped would happen in the future.  Of course, a recurring theme was our family being reunited with Paw Paw, Granny and PaPa and Grandma.  I don’t know how many notes Zachary send to his Paw Paw but there were many of them sent over the months.  Eventually, we finished our studies and moved to Ohio where I would be the pastor of a new church.  Zachary continued to grow up and eventually, the note-writing ended.

Years passed and one day my Mom called me and was very excited and had a tear in her voice.  She told me she had been cleaning out some draws in their office and found a drawer filled with all of the notes from Zachary to his Paw Paw.

My Dad had saved every one of those notes and had them in a drawer in that file cabinet.  It was clear that every now and again Paw Paw would open the drawer and get out the notes.  He would read them again and relive the joy of getting them.  I can only imagine the joy that filled his heart as he meditated on those days of separation and how special each of those little notes was to him.

Each of those little notes said something to Paw Paw; something wonderful.  Those little notes said, “Paw Paw, I love you and I miss you and I wish we were together.”  It has been years since my Mom found those notes.  My son Zachary recently got married to a wonderful young lady and they are starting their lives together.  This week my wife and I were at Dads house talking about the wedding and many other things.

Out of nowhere, he said, “I have all those letters from Zach that he sent me when y’all lived in Indiana in a drawer upstairs.”  The way he said it and the tenderness in his voice reminded me afresh and anew of how important those little notes were to him.  It has been 19 years since my son wrote those notes to his Paw Paw and he cherishes them more today than when he first received them.

Our text tells us there are vials in heaven which contains the prayers of the saints.  It appears that God saves our prayers like Paw Paw saved the notes from his grandson.  Maybe God occasionally takes those prayers out of the vial and relives the day He received them.  God might say, “Here is the one he prayed when he trusted my Son as his Saviour,” or “I remember this one, this was when he needed a job and he asked me if I would help him.  He was so thankful when I answered his prayer and provided.”  I don’t know if this really happens or not, but God definitely saves our prayers stored up in vials located next to his throne.  I also know that someday our prayers will be poured out of those vials on the golden altar in heaven.  Their odour will ascend as a blessing and a sweet savour to the God to whom we pray.  We are told about this in the book of Revelation.

And another angel came and stood at the altar, having a golden censer; and there was given unto him much incense, that he should offer it with the prayers of all saints upon the golden altar which was before the throne.  And the smoke of the incense, which came with the prayers of the saints, ascended up before God out of the angel’s hand. Revelation 8:3-4

Where do our prayers end up?  Apparently they end up in special vials which sit near the throne of God.  Our prayers will be stored in those vials until the day comes when they will be poured out on the golden altar.  If God saves our prayers they must be precious to him.  If our prayers are important enough for God to keep, we ought to do our best to make sure He has so many prayers that He has to make some extra vials to keep them in.  Maybe this is one reason we are told to “Pray without ceasing” in 1 Thessalonians 5:17.

Spiritual Food for a Hungry World

The Parable that Crushes the TULIP!