Home Bible Studies How Should You Respond When You Get Offended? 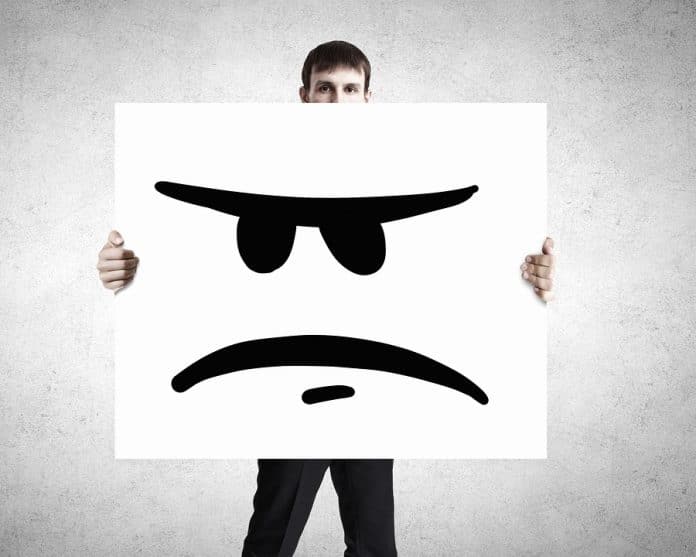 Luke 17:1-10 – Then said he unto the disciples, It is impossible but that offences will come: but woe unto him, through whom they come! It were better for him that a millstone were hanged about his neck, and he cast into the sea, than that he should offend one of these little ones. Take heed to yourselves: If thy brother trespass against thee, rebuke him; and if he repent, forgive him. And if he trespass against thee seven times in a day, and seven times in a day turn again to thee, saying, I repent; thou shalt forgive him. And the apostles said unto the Lord, Increase our faith. And the Lord said, If ye had faith as a grain of mustard seed, ye might say unto this sycamine tree, Be thou plucked up by the root, and be thou planted in the sea; and it should obey you. But which of you, having a servant plowing or feeding cattle, will say unto him by and by, when he is come from the field, Go and sit down to meat? And will not rather say unto him, Make ready wherewith I may sup, and gird thyself, and serve me, till I have eaten and drunken; and afterward thou shalt eat and drink?  Doth he thank that servant because he did the things that were commanded him? I trow not. So likewise ye, when ye shall have done all those things which are commanded you, say, We are unprofitable servants: we have done that which was our duty to do.

Let us ask ourselves this honest question, “Have I ever been hurt by another person?”

The answer is most likely the same for all of us—“Yes!” I believe I can pinpoint just who it was who did the hurting. It comes from a principle that is pulled from the observation of Jesus and His disciples.

We will let it be known as the “Judas Rule.” It basically says this: Offenses come by way of close relationships. The closer we are to someone the greater the offense.

The name Judas is synonymous with betrayal. It is a name to which most people would give second thought when considering a name for their children. More often than not, it is given no more than a fleeting glance because of its negative connotation. In fact, there are at least ten different instances in which will we find Judas linked with the word betray or a form of the word. Here are a few examples:

Matthew 10:4 – Simon the Canaanite, and Judas Iscariot, who also betrayed him.

Matthew 26:25 – Then Judas, which betrayed him, answered and said, Master, is it I? He said unto him, Thou hast said.

Let us think back to the time when our Lord made Himself venture back to the Garden of Gethsemane. Judas was leading a contingent of men who were out looking for blood. Similar to a pack of wolves smelling blood, they descend upon their prey.

Wait a minute! Were we possibly wrong about Judas? He planted a kiss on his Master’s face. However, Jesus erases our doubts in Luke 22:48, which says, …Judas, betrayest thou the Son of man with a kiss? The reality of who this man was in reality was now known to all, far and wide and for future generations to come. Judas was the betrayer. However, what I believe we all should know is the fact that before the betrayal there was an offense. As improbable as it may seem, the offender was our Lord. Yes, even Jesus offended people.

Now there are some who believe if they love the Lord that they will never take offense. Even Psalm 119:165 says, Great peace have they which love thy law: and nothing shall offend them. However, that is referring to the Word of God. The precious people who love the Book will find themselves never being offended by the Bible. People can still offend us by what they say or do.

In Luke 17, Jesus reminds us that offenses will come. Long before Judas betrayed Jesus, he was offended by Jesus. Here is the account from Matthew:

Matthew 26:7-14 – There came unto him a woman having an alabaster box of very precious ointment, and poured it on his head, as he sat at meat. But when his disciples saw it, they had indignation, saying, To what purpose is this waste? For this ointment might have been sold for much, and given to the poor. When Jesus understood it, he said unto them, Why trouble ye the woman? for she hath wrought a good work upon me. For ye have the poor always with you; but me ye have not always. For in that she hath poured this ointment on my body, she did it for my burial. Verily I say unto you, Wheresoever this gospel shall be preached in the whole world, there shall also this, that this woman hath done, be told for a memorial of her. Then one of the twelve, called Judas Iscariot, went unto the chief priests,

Judas was offended by Jesus’ response to those who questioned Him. The money was not used in the manner in which Judas wanted, and our Lord defended the woman. Judas was a thief at heart. Offenses can and will lead to betrayal, and then betrayal leads to hurt.

So, the big question for us to ask ourselves is this, “When I get offended, how will I respond?” Beware, Christians! I have seen many a person come to this crossroads and respond in a way that caused much damage to the cause of Christ.

The closer we are to someone, the greater the possibility for offense. People do not get hurt by those they do not know; they get hurt and offended by those who are closest to them. Many families and churches are divided all because of offenses. We must remember what the Bible says. Proverbs 18:19 says, A brother offended is harder to be won than a strong city: and their contentions are like the bars of a castle.

Understanding WHAT an offence is or does is so important. I Peter 2:8 says, And a stone of stumbling, and a rock of offence, even to them which stumble at the word,…

An offence is defined as:

In Luke 17:2, little ones refers to weak believers, not little children as some suppose. Furthermore, the word offence comes from the Greek word “scandalon,” which means, the moveable stick or trigger of a trap; an impediment placed in the way causing one to stumble.

Therefore, when we allow ourselves to get offended, we fall into a trap.

Scripture tells us in John 13:27 that …Satan entered into him (speaking of Judas). Basically, an offended person will fall into one of two categories:

Judas fell clearly into the second category, and for the most part, this is what happens to most of us. What do we do when we find ourselves in one of these situations?

Just as we see in verse 3, the offended person should begin the process. We are to confront a person for his trespasses against us. We can notice that a person may be sincere in what he is saying but his actions may not back up his words.  However, we are to forgive him when he says that he repents (verse 4).

Forgiveness is not easy.

The disciples had such a hard time believing that they could forgive, so they asked the Lord to increase their faith (verse 5). Jesus was teaching that forgiveness has nothing to do with faith and everything to do with obedience. It is our duty to forgive. It is not that we cannot forgive, but that we choose not to forgive!

Have we been offended in recent days and not forgiven someone of his offense toward us? We will know whether or not we have been offended when we bring up these things to someone else for no apparent reason. Perhaps we will be speaking with our spouses or friends, and out of nowhere our inner hurt is spoken to another. This is an obvious clue that we have not yet forgiven the offender.

It is time to take action! Let us remember that it is most likely one very close to us who has offended us. We must not let the Judas Rule keep us from peaceful relationships and from a clear path to the Holy Spirit. 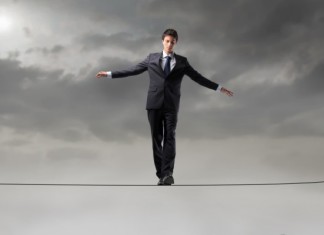 I will admit…I struggled with this passage of Scripture. At first, it was a battle to accept the Sovereignty of God. Here was Ezekiel doing his best to obey God in a time when very few were doing so. Ezekiel was doing his best to get God’s Word to a wayward Israel so that they might repent.

How Your Trial Can Actually Be A Good Thing

Separation and Our Relationship with God

How to Rise Above the Drama and Live for God