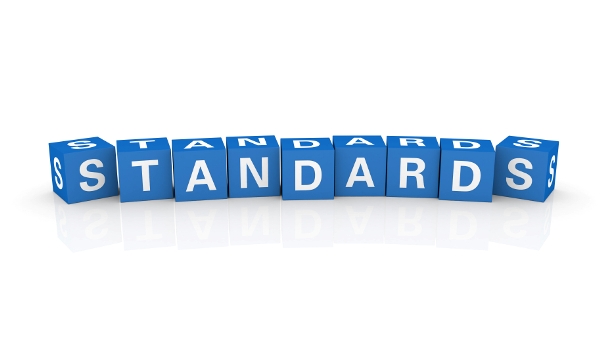 In most spheres of life, we welcome standards. They provide safety, uniform levels of acceptable performance and guidelines for behavior. Take, for example, the manufacturer who is interested in selling a product on a long-term basis. Such an entrepreneur must maintain rigid quality controls to secure and keep long term satisfaction with his product. Should he let down his standards in production or in handling consumer concerns, it would mean ultimate loss of business and profitability or, to put it another way, the success or failure of his venture.

Though many consumer products are shoddily made and with a philosophy of “planned obsolescence,” they do not survive in a market place of fair competition. Purchasers with discernment look for quality, value and service and thus impose certain “standards” on that which is acceptable to the market at large. Manufacturers who ignore these consumer-mandated “standards” do so at their own peril and will not survive.

In the medical community, professional health providers must meet exacting standards of education, peer review, on-the-job performance and liscensure. Though these various standards tdo not guarantee quality health care, the public and our governmental agencies use them to weed out quacks, imcompetants and charlatans. Who would desire to have brain or heart surgery performed on them by a health care provider who never mastered or understood anatomy, or came to the procedure with no prior skills or experience?

Picture the sports enthusiast watching professional baseball, basketball, football, hockey, etc. when suddenly all rules (standards) were eliminated. He would be amazed at the poor batter who insisted on six strikes instead of three, the football team that played with twenty players instead of eleven, or the basketball player who used a stepladder to facilitate his “slam dunks”! Standards provide the parameters necessary for uniformity, fair competition and predictability. Without the “rules of the game” anarchy would reign, and no game would be like another.

Culturally or socially mandated standards, however useful and necessary for various spheres of life, are fickle and transient. Whreas our god is holy and immutable (changeless), the standards of men seemingly change with the winds.

Clothing styles acceptable to society are in a constant state of flux. The punk rocker of this generation would laugh hysterically at the attire of the “flapper” of the roaring twenties. The “evangelical” believer of today may look on the dress of the pre-World War II believers with a condescending amusement, and conclude they were unnecessarily austere.

Various forms of soical behavior also seem to undergo changes in standards, or acceptable norms. Strictly observed “courtship” of the past which was guided by parental rules and guidelines seems “old-fashioned” to today’s youth who often choose serial dating, unfettered petting, and brazen fornication. Physicians and nurses who would have been arrested and incarcerated forty years ago for the same procedure, are now enriching themselves through socially acceptable abortion of preborn children. Divorce, which was unheard of among believers 50 years ago, or at least was discussed in hushed tones, is now becoming prevalent in our circles. A believer of Fanny Crosby’s day would be horrified to hear the average Christian teenager’s tape and CD collection of today. The sensual performers, driving beat and worldly music styles would have been rejected by those God-fearing folk of yesteryear, but such musical tastes are common and acceptable to contemporary professors. What the average American believer now watches on his TV set during the course of an average week would have been grounds for church discipline several generations ago.

Whereas society at large can be expected to follow the dictates of the flesh and a depraved human natures, believers must march to the beat of a different drum. Our contemporary culture looks with a patronizing disdain on our Godly American forebears, considering themselves enlightened and freed from the shackles of Judeo-Christian ethics. It reminds one of Paul’s conclusion: “… but became vain in their imaginations, and their foolish heart was darkened. Professing themselves to be wise, they became fools” (Romans 1:21b-22).

What is the lesson in all of this? Man left to himself will “do that which is right in his own eyes” (Judges 21:25). His “standards” will be flexible and of a temporary nature. They will change with the whims and ways of each generation and, over a period of time, will even be contradictory of preceding cultures!

Christian friend, the question is not how you and your manner of life are acceptable to your mutable generation, but to your immutable God! We can find small comfort in the fact we “fit-in” with the mainstream of prefessing Christiandom: “Woe unto you, when all men shall speak well of you!” (Luke 6:26).

Standards of dress, behavior, etc., will always be followed. The question is, whose standards do you observe? Because our inborn, fleshly temptation is to follow the standards of the world around us, God wants us repeatedly to resist these inclinations: “Thou shalt not follow a multitude to do evil…” (Exodus 23:2); “for thou art an holy people unto the Lord thy God, and the Lord hath chosen thee to be a peculiar people unto himself, above all the nations that are upon the earth.” (Deuteronomy 14:2)

Israel failed to heed God’s warnings about standards that would effectively separate them from Canaanites and Philistines if they were observed. Israel’s desire was such that they watned to be like all the other nations of the earth (Judges 8:20). The pressure to conform is as old as human history.

Standards observed for their own sake become legalistic and Pharisaical. However, Godly standards of dress, behavior, music, church order, separation, etc., observed to please the Lord, and, formulated on the basis of scriptural principle, effectively set us apart as a peculiar people that live lives considered inscrutible by our peers.

Do not pride yourself my friend on your liberality or your broad-mindedness. We must concern ourselves with obtaining God’s approval, and not that of society, on our standards. Godless Israel persecuted and stoned the prophets who tried to call them back to standards of decency, morality and God’s order. Most will be irritated with prophetic calls for repentance and a return to the ancient landmarks established by our fathers; only a few tremble at God’s Word and will pay the price of ostracism, rejection, scorn and ridicule heaped on them for following standards considered old-fashioned and out-of-date. Popularity and social acceptance by their very nature cannot be the criteria of the right or wrong standards, but rather; what saith the scriptures? … what will please the Lord; not, what will please the world around me?

Those who fear God and eschew evil will seem eccentric to their contemporaries. Their standards of life, because they conflict in so many ways with their world, make them objects of curiosity, defamation and misunderstanding. They become a spectacle (1 Corinthians 4:9) to a laughing society.

We would all do well to take personal inventory on our manner of life. We all live by standards of some kind, formulated after some criteria discerned or not. Personal holiness, denail of flesh, scriptural principle, separation from sin and the world, and pleasing God have got to be our motivations for establishing standards of life. If they are not, you will look like, thing like and act like the God-rejecting world whose standards you have unwittingly followed.

Original article can be found at http://fbbc.com/messages/rwstandards.htm

The Holy Spirit- Our Prayer Partner

The Seven Saddest Sayings for Sinners: #2