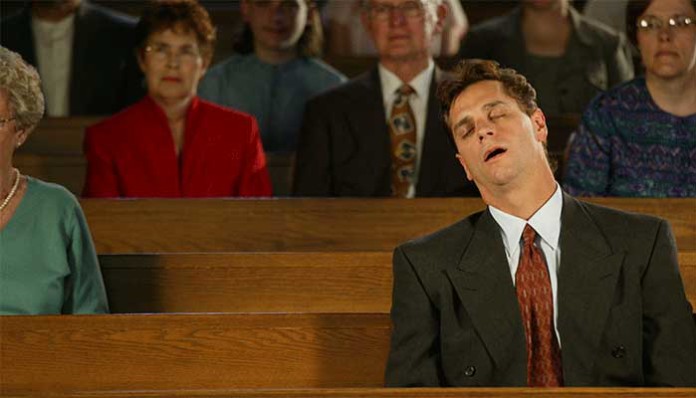 by Tom A. Faulk

Textual preaching is not sinful nor am I against textual preaching but a steady diet will not sufficiently ground people in the Word of God (Col 2:6-12). Textual preaching could be a symptom. A symptom of of laziness, popularity, or misplaced priorities. Textual sermons are often filled with what a preacher wants to say but a doctrinal sermon or an expository sermon is typically filled with what God has said. People must hear from God! A 45 minute sermon that includes 40 minutes of stories with a 5 minute attempt to present a truth out of context is inexcusable. I have heard textual sermons that include no structure, no sense, and no Scripture.

Someone said, “The Bible is not a collection of sermon texts.” However worse than lifting a scripture verse out of context is taking a phrase or a word out of a scripture verse that fits a borrowed thought or an idea for a sermon. The Bible is God’s infinite wisdom of which deserves more time and respect than what it takes to put together a textual sermon. Regarding sermon preparation don’t be text hunter. Study the Bible from which develop a sermon rather than borrow a thought and search for a text. G. Campbell Morgan said it best, “To think out a sermon…and then to hunt for some Biblical text upon which to hang it, is little short of profane.”

I think sometimes we know a lot about the Bible but we don’t really know the Bible. People don’t want to know about the Bible they want to know what the Bible says. Moses “went up unto God” only to return to tell the people what God had said (Ex 19:3-8). Note the ministry of the Scribes in Nehemiah 8:8, “So they read in the book in the law of God distinctly, and gave the sense, and caused them to understand the reading.” Philip was led to leave Samaria to go to Gaza where he would meet up with an Ethiopian to give the sense of Isaiah 53 (Acts 8:29-35). I’m simply trying to say that the preaching and teaching ministry of God’s Word should help people understand the Word of God.

With that said, what makes preaching useless?
I. CARNAL PREACHING MAKES THE CROSS OF CHRIST OF NONE EFFECT
Carnality or the wisdom of man makes the cross of Christ of none effect.
1Co 1:17-18, “For Christ sent me not to baptize, but to preach the gospel: not with wisdom of words, lest the cross of Christ should be made of none effect. For the preaching of the cross is to them that perish foolishness; but unto us which are saved it is the power of God.”

1Co 2:1-4, “And I, brethren, when I came to you, came not with excellency of speech or of wisdom, declaring unto you the testimony of God. For I determined not to know any thing among you, save Jesus Christ, and him crucified. And I was with you in weakness, and in fear, and in much trembling. And my speech and my preaching was not with enticing words of man’s wisdom, but in demonstration of the Spirit and of power: That your faith should not stand in the wisdom of men, but in the power of God.”

Note: Not with “enticing words” or persuasive reasoning of man’s wisdom…

A. Faith is made void by heretical preaching
Ro 4:14-16, “For if they which are of the law be heirs, faith is made void, and the promise made of none effect: Because the law worketh wrath: for where no law is, there is no transgression. Therefore it is of faith, that it might be by grace; to the end the promise might be sure to all the seed; not to that only which is of the law, but to that also which is of the faith of Abraham; who is the father of us all…”
Illustration: Abraham before the law; David after the law (Ro 4:1-8)
B. Grace is annulled by heretical preachiing
Ga 2:20-21, “I am crucified with Christ: nevertheless I live; yet not I, but Christ liveth in me: and the life which I now live in the flesh I live by the faith of the Son of God, who loved me, and gave himself for me. I do not frustrate the grace of God: for if righteousness come by the law, then Christ is dead in vain.”

The word “frustrate” means to nullify, annul, or to make void.

III. TRADITIONAL PREACHING MAKES THE WORD OF GOD OF NONE EFFECT

Corban means “gift.” In context it refers to a possession like land that has been dedicated to the service of God and once dedicated to God it cannot be used for any other use. The Jews would dedicate their property to the Lord. When doing so they used the word Corban, “it is Corban” in other words it is a gift to God. The law required that when a dedication of this kind was made, it must be fulfilled. The law required that children honor their parents and care for them in their senior years. Yet the Jewish teachers said that it was more important for a man to dedicate his property to God than to provide for his parents. If he had once devoted his property to God or once “it was Corban” or a gift to God it could not be given to anyone not even to the support of a parent. If a parent was needy and poor, and if he should apply to a son for assistance, and the son should reply, “It is devoted to God” the Jews said the property could not be recalled, and the son was not under obligation to help his parents. He had done a more important thing, in giving it to God. The son was free from his obligation to his parents.

by Tom A. Faulk

Original article can be found at http://fbcofgroton.blogspot.com/2014/07/what-makes-preaching-useless.html

What Kind of Shoes did Solomon Wear?

And Can It Be: The Story Behind The Hymn