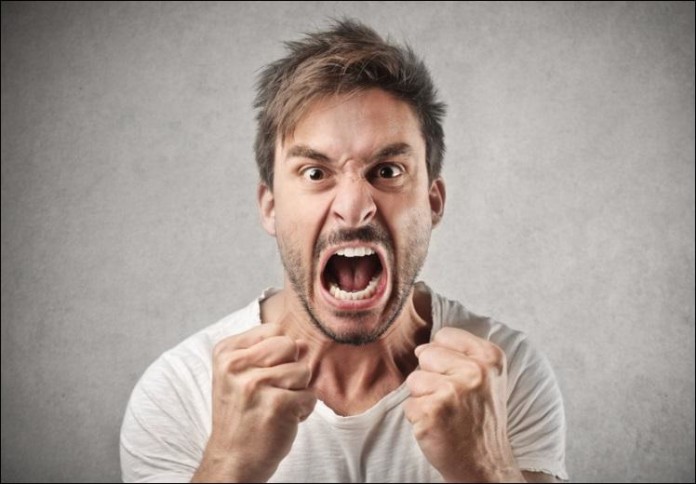 Almost 30 years in the ministry has taught me a lot of things, but one lesson I am still trying to learn is how to properly give a rebuke and even more seriously how to properly receive a rebuke. The Apostle Paul gives his young preacher friend some sobering counsel about this in (I Timothy 5:1), “Rebuke not an elder, but intreat him as a father; and the younger men as brethren.” This strong advice is followed up by even stronger counsel in (verse 20), “Them that sin rebuke before all, that others also may fear.” Paul obviously practiced this according to (Galatians 2:11), “But when Peter was come to Antioch, I withstood him to the face, because he was to be blamed.” He told Timothy in (II Timothy 4:2), “Preach the word; be instant in season, out of season; reprove, rebuke, exhort with all longsuffering and doctrine.”

According to the apostle Paul’s admonition in (Titus 1:13) sometimes we are forced to, “…. rebuke them sharply, that they may be sound in the faith.” But my experience is that it is far more difficult to receive a rebuke than it is to give a rebuke. The Book of Proverbs deals with this in three ways. It speaks about listening to instruction, receiving correction and embracing rebuke. Now if you are really a true disciple of Jesus, then you’re going to need instruction and correction and, at times, rebuke. But the problem we all have is that a rebuke has an edge to it. But it is precisely that edge that cuts into the place where that word needs to go. The book of Proverbs draws a straight line between embracing rebuke and gaining wisdom. The one who wants to be wise will listen to instruction, accept correction and embrace rebuke as one would hug a friend. Rebuke is never easy. Any serious disciple has to realize that if your objective is to become like Jesus, and you are fairly certain you’re not there yet, then don’t resist rebuke, even if it’s a little painful. Listen, weigh it and take it in, because there is no growth in Christ without it.

Oscar Wilde once said, “A true friend stabs you in the front.” (Proverbs 27:6) says, “Faithful are the wounds of a friend.”

I have discovered that listening defuses much. Show genuine interest in the other person. Relax and listen actively and carefully to what the other person is saying. Hear the meaning of their words. Let the other person have their say, to finish, to finally run down. Try to coax out their deepest concerns and interests. This is the first step in handling a rebuke. This will help the other person know that you have really heard what they have said. It indicates that you value their opinion, and reduces their hostility and fear. You can start with something like, “I value your opinion, and I want to make sure I understand you correctly. Your point is that….”

This step in handling rebuke involves deciding whether the rebuke is fair or unfair, accurate or inaccurate. Don’t become stubborn, dig in your heels, and refuse to consider the other’s opinion. The criticism might be correct. Sometimes our critics are our best friends and can see our blind spots where we cannot. If the accusation is unfair or inaccurate, clarify what is inaccurate. I don’t mean for you to become defensive, but to honestly get all the facts on the table as they are – not as you or the other person wants them to be.

Do not attack the other person, tell them they are wrong and seek to destroy them. Let them know they have brought up an important point, and that you value your relationship with them. Stick to issues, don’t assail the other person. Handling criticism is not about winning a war, but to arrive at the truth and resolving differences of opinion. It is about strengthening relationships, trust, respect, and loyalties. Keep emotions in check. Sometimes it is best to take a timeout and address the issue after everyone has calmed down.

In handling a rebuke, clarify foggy accusations. Sometimes people cannot explain their position well. Strong emotions may be clogging up their brain. An example of a somewhat vague or unclear accusation is, “You are cold with people.” Probe and ask what they mean by “cold.” Ask for specific examples, but ask in an attitude of seeking to understand – not to prove them wrong.

Remember that when rebuked, the other person might be right. We may have to swallow our pride and make adjustments. If the rebuke is valid, then ask for specific alternatives on how to behave or handle the situation differently. When you are wrong, quickly admit it, and change course. Avoid making Excuses. This is a killer in handling rebuke. It will only make matters worse if you offer up excuses, blame others, or deny, minimize or cover up mistakes. Avoid trading insult for insult and “getting even” (Romans 12:17, 18). Don’t hold grudges, but forgive.

Jesus said to, “….Love your enemies, bless them that curse you, do good to them that hate you, and pray for them which despitefully use you, and persecute you.” (Matthew 5:44). It is very effective in a disagreement to stop and bring God into the conversation. It tends to change people’s attitude when they realize God is present.

Original article can be found at http://drjonjenkins.blogspot.com/2013_03_01_archive.html

Top 3 Vaccinations Every Christian Should Get

Are There Times When Christians Should Defy The Government?

5 Things To Do Instead Of Complain!

Dealing With Those Who Don’t Care About Salvation

The Difference Made to One Bus Kid