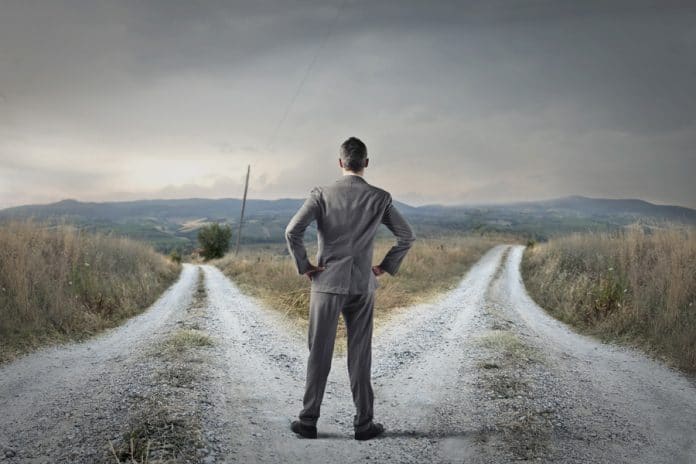 Genesis 12:8 – “And he removed from thence unto a mountain on the east of Beth-el, and pitched his tent, having Beth-el on the west, and Hai on the east: and there he builded an altar unto the LORD, and called upon the name of the LORD.”
In the Bible the phrase “pitched his tent” spoke of direction. Abraham pitched his tent in the direction that he was intending to go. The direction he chose directly affected the end of the story for Abraham and his family.

Today, there are some fundamental Baptist preachers fellowshipping with men and ministries that these preachers would have verbally crucified twenty years ago because of their liberal stand and the direction of their ministry. Today, these preachers preach with those men and for those men on the same platform and in the same conferences. When confronted, the excuse given is that these men “are going the right direction”. The problem lies in the fact that these men and ministries have not moved from where they were twenty-five to thirty years ago. These ministries have not changed one bit. The standards (or lack thereof) are the same. The lack of a soulwinning emphasis is the same. The worldly, Gaither-country style and contemporary music that is used in these ministries is the same.

While I was growing up in Pennsylvania, my grandfather had a junk yard for many years. I remember that all of the cars were headed the same way or in the right direction but never moved. They rotted away, sitting in the same place year after year. The cars never improved, nor did they fix themselves in order to move farther down the road.

We can be headed in the right direction and still be backing up.

I personally know many ministries that are like this. The Bible explains in Titus 1:16, “They profess that they know God; but in works they deny him,…” We must not be fooled by those who point in the right direction but are backing up away from truth. If their ministry is not becoming more biblical and more fundamental, then clearly it is not going in the right direction.

We can be headed the right direction and never move.

The Bible calls this “growing in grace.” If we are going the right direction, we should be farther down the road than we were before. This means we are becoming more of what God expects us to be. It will be very evident and will show up in our preaching, soulwinning, personal standards, music, and ecclesiastical separation. The Bible tells us that we will know people by their fruits. When growth takes place in Christians’ lives or in ministries, it is very evident. The change that takes place is for the good and always closer to the right.

Here is the problem as seen in this new generation of fundamentalists.

The new generation is doing exactly what we have taught them to do. We have been inconsistent in our stand for truth and the new generation has watched us preach one thing but do another. We have been seen running with those against whom we have preached. We have run out of places to preach and conferences to attend that are truly fundamental; so now, all for a platform, we are using the excuse that, “They are going the right direction.”

Shame on us! Because of our bad example, the new generation is copying what was learned from us and is now doing the same thing. The new generation is running with the wrong crowd and being influenced by the wrong preachers. Now, the new generation is running with the men against whom we preached twenty-five to thirty years ago and adopting that same liberal philosophy of years past. It is being said, “Well, they are going the right direction.” No! No, they are not! This may appear to be so, but in reality it is not. Just because people may be pointing the right way and appearing to be headed in the right direction, does not mean they are. Many are actually backing up.  The truth is that many are just parked and will never move. We must wake up! If men or ministries are not moving in the right direction, we must stay away! No matter which way people appear to be heading, we must look at what those men and the ministries are doing. We must look at the music that is being sung and at what that ministry is producing. We must look at who is preaching for those men and for whom those men are preaching. We must look at the conferences those men attend. We must not be fooled by this thing of direction!

The devil is smarter than the credit we give him. Satan knows what he is doing. Wrong influences and wrong associations are destroying men and ministries around our country. We had better wake up and draw a line that we will not cross. We must keep our direction right!