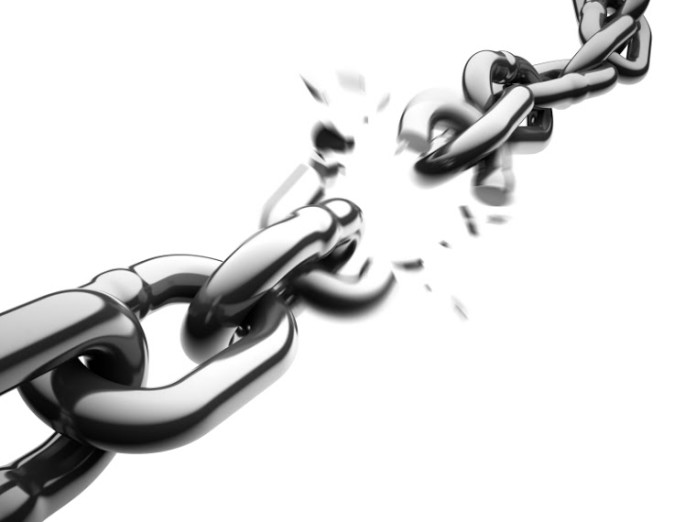 The subject of this chapter does not deal basically with standards and separation concerning personal behavior, though our hair is getting too long on our men and seeing a fundamental lady in pants is something we never saw until recent years, and it might be good for our people if we pastors preached a few sermons against mixed bathing, smoking, card playing, miniskirt wearing, seeing movies, and singing and listening to rock music! Also, we must take care not to have a Heaven without a Hell, not to have a resurrection without a judgment, a do without a don’t and a love without wrath; yet, the subject at hand is ecclesiastical separation. Maybe we fundamentalists have become too enchanted with famous people. Maybe we should let the little widow testify for a while. Maybe we HAVE gone too far toward having famous people who are baby Christians testify in our churches before they have become rooted and grounded in the faith. It may be that our Shimeis are sent from God and that we need to consider their barbs. Our critics’ guns may have been loaded by our own mistakes, and maybe that friend with a questionable disposition can help us to reestablish a proper position. Maybe we are too careless about the crowd with which we run. Maybe we ARE sliding back toward our own mother of harlots who once cast us out as illegitimate children. Maybe one step to reuniting fundamentalism would be to check carefully to see if our houses are in order. Maybe we SHOULD check to see who our playmates are!

Maybe there ARE things not wrong to do that may not be wise to do. Maybe we HAVE invited Sanballat and Tobiah to help us in building the wall. Maybe we HAVE fallen asleep on the trip and need to look out the window to see where we are. Maybe we SHOULD check the church memberships of our guest speakers and check their check stubs to see where they invest their tithes and offerings.

Maybe we SHOULD be extra cautious of those who are staying in to “CLEAN IT UP.”

Maybe we ought to get “cleaned out” instead of trying to “clean up.”

Maybe we are wanting to enjoy a certain intellectual standing. Is that why we are so obsessed with accreditation? Is that why we seem dissatisfied with the old King James Bible? Are we afraid of being called unscholarly? Are we unwilling to be simple?

Maybe we were smarter when we were dumber!

We didn’t have enough sense to conjugate a verb, but we had enough sense not to let Communism take over Cuba. We were too dumb to graduate, but we kept Communism off the campuses.

We may have done right wrongly, but bless God, we didn’t do wrong rightly!

Our disposition may have been wrong, but bless God, our position was not wrong!

We had better come back to separation! Running with the wrong crowd will affect all of us sooner or later. Daniel kept on praying. He went to the lion’s den. He refused the king’s pizza and enchiladas. He wouldn’t drink the king’s wine. He proved it pays to do right! However, later when the Jews were allowed to return to rebuild the temple, those who wanted to return could do so, but the list in the Bible nowhere includes Daniel! I wonder where he was. Zerubbabel and Ezra returned, but it seems that Daniel would have been the logical one to have headed up the expedition to return to Jerusalem for the rebuilding of the house of God. Could it be that Daniel should not have gone to the university of Chaldea? Was he influenced? Maybe so!

We speak well of the courage of Esther, and we should, but was it right for her to marry a king who was divorced, unsaved, a winebibber and lustful? God doesn’t change His principles for anybody! Suppose your daughter came to you and told you that she wanted to marry a man who was divorced, unsaved, a winebibber and lustful. You would be opposed to it, of course. Could that be the reason why Esther never mentions God? The word “God” is never mentioned in the book of Esther, but it would have been if Esther had spoken about God to the king.

Fundamentalists, let us be fundamentalists! We do not need liberal rouge or National Council of Churches eye shadow or ministerial association eye lashes or ecumenical toupees. Let us be what we are–old-fashioned, Hell-hating, sin-fighting, separated, soul-winning, Christ-honoring, window-rattling, barn-storming, God-fearing, Bible-loving, compassionate, weeping fundamentalists–and bear the name with joy and pride!

As A Woman, How Can You Build Up The Men In Your Life?

The Proof Is In The Compassion

Are You Overtaken IN A Fault?