The Way Satan Breaks Down Separation 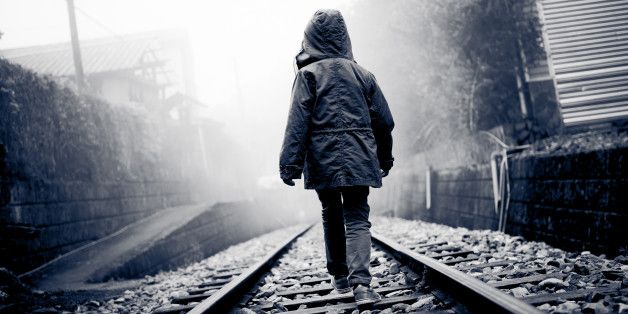 The Christian has three enemies: the world, the flesh and the Devil. The Christian is a threefold person: He is body, soul and spirit. Each of his enemies attacks a particular part of the Christian. The flesh attacks the body, the world attacks the soul, and the Devil attacks the spirit. In the Garden of Eden, Satan could not attack the soul with the world, for there was no wicked world. He could not attack the body, for there was no fallen flesh. Hence, he could appeal only to the spirit. So he came through the only entrance that he had.

The Devil could not come to Adam and Eve and suggest that they get drunk or kill someone, so he attacked them in the only way that he could- through the spirit. He promised Eve that if she would eat the fruit that she would be as gods, knowing good and evil, or discerning good and evil. Notice that Satan was telling Eve that she would be a better Christian if she ate the fruit. He appealed to her through a noble temptation.

The Christian is admonished to be like God. Philippians 2:5, “Let this mind be in you, which was also in Christ Jesus.” I John 4:17, “Herein is our love made perfect, that we may have boldness in the day of judgment: because as He is, so are we in this world.” Psalm 17:15, “As for me, I will behold Thy face in righteousness: I shall be satisfied, when I awake, with Thy likeness.” John 14:12, “Verily, verily, I say unto you, He that believeth on Me, the works that I do shall he do also; and greater works than these shall he do; because I go unto My Father.” John 20:21, “Then said Jesus to them again, Peace be unto you: as My Father hath sent Me, even so send I you.”

1. He appeals to the Christian to change the world. Now certainly the world can be changed through Christ, but it is changed as people are born again and know regeneration. The changing of the world is a by-product of the Christian. The main thing is to work with the individual.

Years ago a famous preacher was in his study. His little five-year-old granddaughter was with him that morning. He put her in the outer office and asked her to play for awhile so he could study, but she kept bothering him, asking him for a drink of water, etc. Finally he thought of an idea. There in his office he had a jigsaw puzzle of a map of the world. He went to the outer office and asked his little granddaughter if she would like to play with the jigsaw puzzle. She was thrilled at the possibility. He told her that he would give her another drink of water as soon as she got the puzzle put together, then retreated to his office for what he thought would be a lengthy time of study. In a very few minutes his granddaughter came to his door to inform him that the puzzle was all put together. He didn’t believe it, but sure enough, when he went to the outer office he saw the world all put together, and the jigsaw puzzle was completely in the proper order. “Who’s been in here?” he asked. “Who helped you?” he questioned.

“Nobody, Granddaddy,” she replied.

She said, “Granddaddy, it was easy. I found that on the back side of the map of the world was a picture of a man’s face. So I turned it over and worked on the man. When I got the man together, the world took care of itself.”

Ah, what a great truth which Christians seem to forget!

Satan comes to the child of God to detract him. He takes him from the main thing which is soul winning and building up the individual Christian and gets him excessively involved with changing the world. Notice, this is a noble motive. The Devil knows he cannot come to a good, separated Christian and persuade him to get drunk, to be immoral, to curse or to steal, so he comes and appeals through his spirit to do that which is noble. He suggests that we change the world. Now in changing the world, we must get involved with it, and when we are involved with it, we are not separated from it. Soon we will be like it. We are soon captivated by worldly personalities. Then sin becomes less sinful and less shocking to us.

A quarter of a century ago some of us set out to travel the length and breadth of this country to encourage church-building and soul winning on the part of God’s people. Thank God, all over this nation great churches were built. Conversions and baptisms multiplied, and the breath of God was upon us. Because of this, our numbers increased and because our numbers increased, our voting power increased and because our voting power increased, we were influential in being a part of electing men to office, but in so doing we traded the best for the good. We then made the enemy aware of us and crystallized him against us. We caused him to organize resistance. Pastors who once went soul winning now are excessively involved with politics. Churches that once were centers of evangelistic zeal and phenomenal growth have now settled back to complacency. Somehow we fail to realize that we influence the world more when we work on the individual and less when we work on the world. Now preachers who used to be separated have joined in endeavors that caused them to be in contact with cultists, false teachers and liberals, and whether they admit it or not, it has taken its toll. We become like our associates. We cannot help but be affected by our environment. Convictions are changing, standards are sliding, soul winning is decreasing, attendance is down in many of our churches that once were great centers of evangelistic fervor, and, by the way, we are influencing the world less than we were.

It all started with a spiritual motive and with Satan appealing to our nobler person.

2. Satan appeals to us through soul winning. Again, he comes to appeal to the flesh through the spiritual. He says, “Now, to win them you must be with them, and in some cases you must be like them.” Notice that the motive is wholesome. He is trying to get us like the world, but he knows that he cannot appeal to the spiritual Christian with that tactic, so he says, “Go to the beach and win them, but you must dress in beach attire or they will think you are some fanatic.” He will say, “To win the rock and roll crowd, you will have to appeal to them through their music. Of course, put some religious words to it, but use their beat.” He will convince us that if we win them, we must dress as they dress and our young men must wear long, hippie-type hair in order to win their long-haired friends. He breaks down our separation through a holy and noble motive. How wise he is! How foolish we are!

I know a fine man who is a good soul winner, but he is affluent, a man of means. He set out to win the elite to Christ. This appeared to be a good motive, and he did win some elite people. Then he brought them to his church, but they were not impressed with the old-fashioned atmosphere and old-time religion of his church. He soon became discouraged and disenchanted and came to his pastor informing him that he could no longer be a member of the church where he had attended for many years because his affluent friends did not like to come there, and if he won them, he would have to go to a more affluent church. So he left one of the greatest churches in the world to go to a church filled with compromise. Now he has lost his separation, he is with the wrong crowd, in the wrong church and, yes, doing the wrong things. Satan did not come to him and say, “How about running with the wrong crowd?” He came to him and said, “You should win everybody you can,” and through this noble and holy motive, the Devil led this man away from the great truths of separation.

Those of us who have lived awhile have watched Satan break down separation by his aforementioned method. How sad to see a spiritual person tempted to do good by using questionable means of doing good! How wise and shrewd is Satan! Of course, he can tempt the weak Christian by appealing to his flesh or to his soul, but the spiritual Christian is attacked through his spirit, even as was Eve, who had no fallen flesh or wicked world to lure her. She was lured into a breakdown of separation by a satanic appeal to her spirit. What an appeal it was for her to be like God, for her to have spiritual growth, for her to know things she never could have known before! This is one of Satan’s favorite methods in our generation. May God help us to walk in the Spirit and walk in the Word so we can resist the satanic attack upon the spiritual, noble and higher part of us!

Is Your Church Compromising To Gain New Members?

What To Do When Your World Is Falling Apart

You Should Have Boldness When Praying