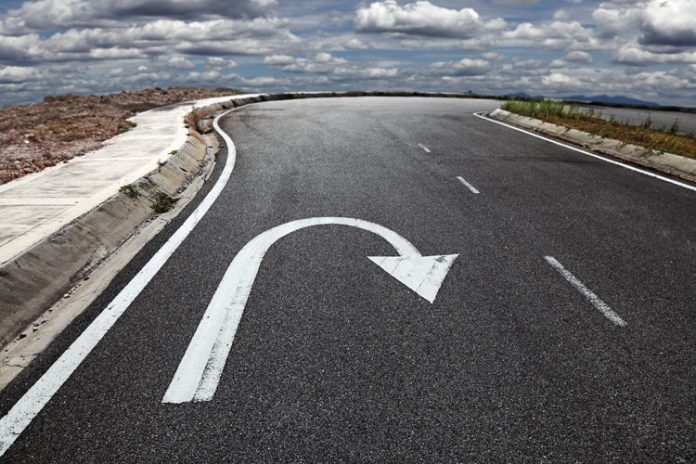 As you travel along the interstates of Indianapolis, you will notice signs posted in the median indicating that you cannot make a U-turn in the emergency vehicle turn around lane. The sign includes a red “U” with a bar through it and means “U-turns prohibited.” If you do use them for a U-turn, you are subject to a fine; and believe me, they do enforce those rules and prohibitions.

Did you know that God is just the opposite? He encourages U-turns. In the book of Revelation chapters 2-3 Jesus Christ addresses seven churches. Most were doing some things well and other things not so well. To five of the seven churches He says, “repent.”

The Christians in Ephesus had lost their first love and God encourages them to repent and do the deeds they did at the first (Revelation 2:5). Those in Pergamum had tolerated false teachers and are warned to repent or else God would come quickly and deal with them (Revelation 2:16). The church at Thyatira allowed immoral and idolatrous practices and were in danger of great tribulation unless they repented (Revelation 2:22).

Sardis had a church that was almost dead and the Lord told them to repent, remember and keep what they had heard in the past (Revelation 3:3). And then there is the notorious church at Laodicea that was half-hearted and materialistically carnal. God called that congregation to be zealous and repent (Revelation 3:19).

Repentance involves a consciousness of sin and a determination to change that type of behavior. However, it is more than just a sorrowful contrition expressed by our emotions; it is a total change in our behavior and mindset. When we repent we think and act differently.

Repentance is evidenced by a total turn about.

To those who are struggling to do right Christ allows and encourages U-turns. Not only is it a “U-turn” but also a “You-turn.” You can turn to God. You can change directions. Praise the Lord, God allows “U-turns!”

Treat Your Visitors Great And They Will Return!