Home Christian Living Why Do You Go To Church?

The Bible refers to Christians as “soldiers” in II Timothy 2:3-4. We are told to “fight the good fight of faith” in I Timothy 6:12. We have been left here to fight for our Captain in a very important war against the principalities and powers of this world (see Ephesians 6:12). He has chosen each of us to be a soldier (see II Timothy 2:4).

God has provided the local church as a place where Christians go to get “perfected” (see Ephesians 4:12), or prepared for service.

This takes place through the teaching and preaching of God’s Word, and through the edification and admonition of God’s people. Also, as we serve in God’s local church, we are learning to be better soldiers. Jesus told his disciples to teach the new Christians “all things whatsoever I have commanded you” in the great commission of Matthew 28:19-20. Christians are to be taught these things so they can each faithfully carry out the commission to “go”. God’s will is that we “grow up” (Ephesians 4:15), so that we may more effectively serve Him.

In II Timothy 2:3-4, we, as soldiers, are told to “endure hardness”. There will be some difficulties and sacrifices involved when we fight in this war, but we need to ask ourselves if the “cause” of lost souls is worth it. Can you imagine a soldier complaining at boot camp that it is “too hard”? Or can you picture another soldier complaining that the entertainment provided at boot camp is not good enough for him? Are soldiers at boot camp even allowed to complain? Yet, many Christians complain when things in church don’t go their way.

Others complain because they aren’t making enough friends or being properly catered to. Is that why we are to faithfully attend church – to be entertained? No! We are there to be equipped. Thankfully, God gives some wonderful positive bi-products of attending church – things like friendship and fellowship, but these things are not to be the main emphasis.

Many Christians are too busy complaining to fight in the war – just think if that happened in the army!

Other Christians have enlisted but have stopped fighting – what kind of army would that be? Even others are not fighting the enemy at all – they are too busy fighting their fellow soldiers instead through gossip, bickering, backbiting, unforgiveness, etc.!

We must all realize that the cause of this battle is the greatest cause – the souls of men and women, boys and girls. We must be willing to do what it takes to be the most effective soldiers we can be for our Lord. A good soldier is willing to put aside everything that hinders him from being the best soldier possible for the sake of the cause for which he is fighting.

I ask you – are you a good soldier?

Are you pleasing your Captain? Are you fighting the right war? Are you on the Lord’s side? Do you attend church to be equipped or entertained?

Original article can be found at http://www.casagrandebaptistchurch.com/soldierarticle.html 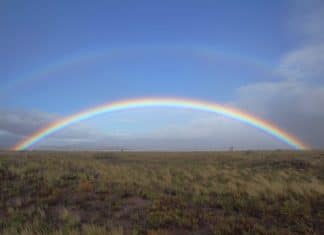 "Does God even remember where He left you? Dear friend, God remembers!"

Treat Your Visitors Great And They Will Return!