Alcohol In The Bible & Its Effects 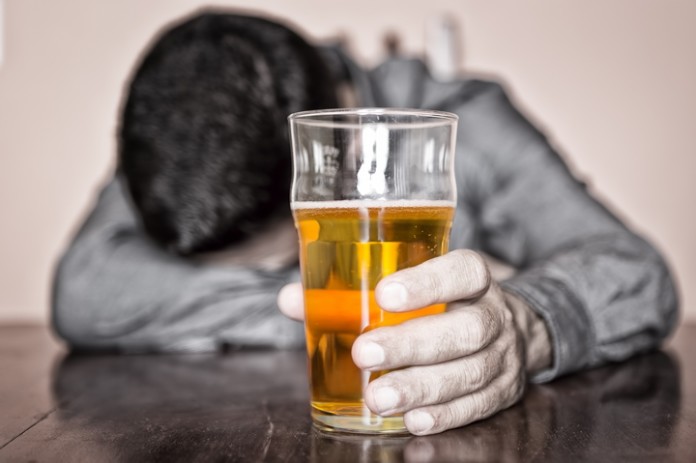 There are three basic positions when it comes to drinking alcohol.

I have a number of Christian friends who hold this latter position and they do so for a number of reasons. One of those reasons is that they maintain that drinking alcohol does not affect them. In other words, they believe that the line between allowance and sin is getting drunk. At that point, the alcohol has negatively affected you and so you have crossed the line into sin. But since they do not allow the alcohol to affect them they don’t believe they have crossed the line into sin.

One of the great problems with this reasoning is that it is dangerous. It is playing with fire and hoping not to be burned. The fact is alcohol does influence you, pushing you toward a set of wrong behaviors and actions whether you intend to be pushed there or not.

To illustrate, notice drinking affects your natural sense of propriety.

The sex drive is one of the most powerful human appetites. God tempered this somewhat by putting within us a natural modesty in relation to our bodies. He created us with a natural sense of propriety in relation to sexual activities. This is seen in the fact that people instinctively cover up their bodies and their intimate activity is done in private. Of course, I full well realize our culture has undermined this natural sense of modesty but it still comes built into every human being born since the Garden of Eden. Infants and toddlers have no shame about nakedness. Children though do and that is a good thing. It is a God-given thing.

One of the marks of a culture that is moving away from God is an increased acceptance of public nakedness. This is a bit of a gross exaggeration but the less of God there is the less of clothes there usually are as well. But each individual is still born with a natural sense of modesty and propriety. The devil knows this and so he sets up a system that tries to gradually beat that out of people via music, television, leisure activities, fashion, peer pressure, etc.

Similar to this gradual coarsening or hardening of the natural sense of modesty by our culture so the same thing can be developed within hours by ingesting alcohol. Many a woman has found herself on top of a bar swinging some article of clothing over her head after a few drinks. Sober and in her right mind she would be too embarrassed or ashamed for such a public display. Drinking obviously affects the natural sense of modesty and propriety which God put inside of every person.

75 Bible Verses About Alcohol, & Why God’s Against It

This is seen in the very first mention of wine in the Bible.

Genesis 9:20  And Noah began to be an husbandman, and he planted a vineyard:

21  And he drank of the wine, and was drunken; and he was uncovered within his tent.

22  And Ham, the father of Canaan, saw the nakedness of his father, and told his two brethren without.

I doubt Noah intentionally set out to get drunk, take off his clothes, and invite judgment upon his family. Intent is not the issue however. The issue is the result and the result was that Noah’s natural sense of modesty was affected.

We see this again in one of the most difficult stories to read in the entire Bible. A mature Lot, disconsolate over losing his home and life in Sodom, commits incest with his own daughters under the influence of alcohol.

31  And the firstborn said unto the younger, Our father is old, and there is not a man in the earth to come in unto us after the manner of all the earth:

32  Come, let us make our father drink wine, and we will lie with him, that we may preserve seed of our father.

33  And they made their father drink wine that night: and the firstborn went in, and lay with her father; and he perceived not when she lay down, nor when she arose.

34  And it came to pass on the morrow, that the firstborn said unto the younger, Behold, I lay yesternight with my father: let us make him drink wine this night also; and go thou in, and lie with him, that we may preserve seed of our father.

35  And they made their father drink wine that night also: and the younger arose, and lay with him; and he perceived not when she lay down, nor when she arose.

36  Thus were both the daughters of Lot with child by their father.

Please do not misunderstand me. I am not saying that my Christian friends who believe in a moderate consumption of alcohol are committing incest with their children.

I am saying that alcohol moves you in the direction of some awful behaviors, activities that would never be contemplated by those of sober mind.

I do not believe for one moment that Lot intended to do as he did. But he did drink alcoholic wine and he could not control the affect it had on him. It loosened his sense of propriety and decency to put it mildly.

The adverse effect of alcohol is so well known that people who act erratically are automatically assumed to be under the influence. I Samuel 1 tells us that Hannah prayed so intensely, albeit silently, that Eli thought she was drunk. Obviously she had not been drinking but Eli assumed she had because her behavior appeared out of control. Acts 2 shows us the same common perception. The Apostles were speaking in tongues and the crowd around them could only explain it in terms of drunkenness.

Under the influence – why is that phrase understood by one and all to mean that a person has been drinking? Because we know that drinking affects people, whether they intend for it to affect them or not. Alcohol is a narcotic. Inherent in its chemical structure is a sure and certain effect on human reason, speech, motor control, and propriety. Alcohol loosens the governors God placed on us.

Don’t tell me that drinking alcohol doesn’t affect you. It may affect you to varying degrees at varying times but it absolutely affects you. The only way to avoid being affected by it is to avoid ingesting it entirely. Go ahead. Take a drink. You will be under the influence whether you are willing to admit it or not.

24 Ways To Get The Most from Reading Your Bible

God Is In The Details