What Everyone Needs To Hear About Teaching Our Kids 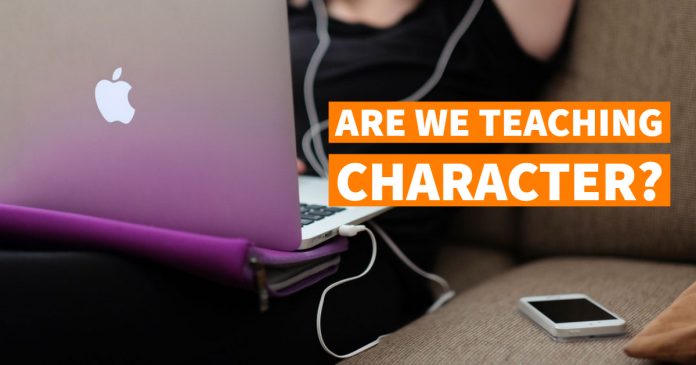 I was shocked and amazed when I sat down and had a conversation with a friend. He knew personally someone whose daughter (over 30 years of age) searched through a catalog and picked the looks and characteristics she desired for a husband and had a procedure done so that she could have his child. The man, who knows him? Who knows who his father is and what characteristics he has? Has anyone ever said, “You’re acting like your father!”? Characteristics and emotions are passed down from generation to generation. She gave the reason. She didn’t want to get stuck with a man without character, commitment and compassion. She went shopping for a man and a son like someone would shop for a used car. GOD GIVE US MEN!

I have talked with many who say there are very few young men of character, discipline and Christian graces. Where are the young men who are leaders in their own right? Who are proven in faith, work, purity and loyalty to God, family and country? Just because a boy or a man can be involved or uninvolved in giving his seed doesn’t make him qualified to be a father! There is a difference between a dad and a father.

Parents have choices to make in rearing their children. The Bible instructs us in Proverbs22:6 that we are to train up a child in the way he should go. Dads and moms have a moral obligation and a biblical mandate to raise their children to be a help to their family, community and their country! Fathers and mothers should lead their children on a clear marked path with distinct rules and guidelines. The example in the home should be set by a man on a mission. Raise a child of character, and not a child being a character.

God’s grace is sufficient for nearly every situation in life. If there has been sin and error, repent and turn to the Lord. His mercy and grace will be extended.

GOD GIVE US MEN!

Do It The Right Way When Helping Others