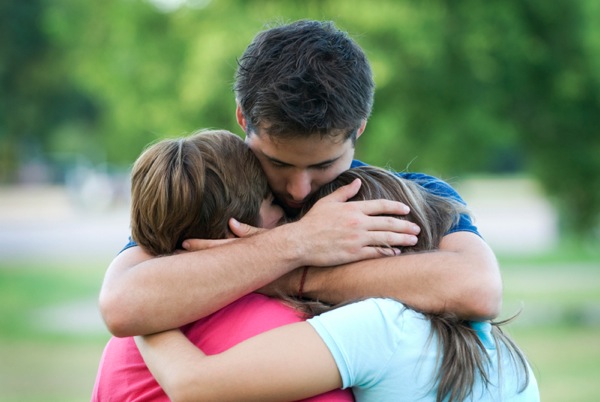 It is difficult for an outsider to understand the dynamics of a preacher’s family – whether that preacher is a pastor, missionary, staff member, or full-time, traveling evangelist. Each presents a unique set of difficulties for the preacher’s marriage and children. Besides the normal difficulties that any marriage must go through, and the complexities that all parents deal with in rearing their children to maturity (while in the “goldfish bowl of ministry”), the preacher’s family lives within a satanic bulls-eye. The devil has enough experience to know that a man’s ministry can be destroyed or severely hindered if he can but get to that preacher’s wife and/or children.

Church folks have a lot of strange and unscriptural notions concerning the pastor’s wife and kids. And it doesn’t matter if those church members are Baptist, Methodist, or Lutheran.Carnal or unsaved church members usually behave the same no matter what the church sign reads. If you doubt it, read “Pastor Abusers: When Sheep Attack Their Shepherd,” which describes the behavior of this small group of people across all denominational lines.

There are more ideas about the responsibilities of the preacher’s wife than legs on a millipede. The so-called “First Lady” is, in practice, the “last lady” – the last to sit down, last to eat, and the last to leave. She is considered “fair game” for the sharp tongues or razor-edged attitudes of a tiny but vocal part of the church, who sometimes turn the pastor’s wife into a bundle of nerves by their ridiculous and unchristian behavior. Many a pastor could write a book describing the antics of a “Sister Sourpuss” – or a pack of them.

The pastor’s children are also in a unique position, and not an easy one. The prodigal preacher’s kid has become almost proverbial – and yet when the preacher’s kid goes bad, no one looks around the church to find out why. It MUST be the preacher’s fault – no doubt some hidden failure in his home life. However, it is very possible that the kids were discouraged from the faith by what they saw in the behavior of a small group of members in the church, and the abuse that they saw their parents receive at the hands of “pastor abusers.” It is possible that many left church, not because of hypocrites at home, but because of hypocrites in the pews.

The Bible’s requirements for the preacher’s kids are: they are to be in subjection to their father, faithful, not accused of riot, or unruly (1 Tim. 3:4-5; Titus 1:6). That’s it, friend.

PREACHER, PROTECT YOUR FAMILY. God gave them to you. You are a husband and father FIRST. There are other churches and fields of ministry, but you can’t get another family. Below are some thoughts on this subject:

I encourage you to listen to this message by Larry Brown about wolves in the church, and to read “Pastor Abusers.” Every Bible college should help prepare men for this tiny 1-2% part of a church’s membership that can be the source of many a shipwrecked ministry. Your family does not need to be a casualty – but we as preachers need to stand up for our first flock – our own families.

The Holy Spirit- Our Prayer Partner

Do You Have Rest In Your Life?

Let Me Be Your Servant

Do It The Right Way When Helping Others