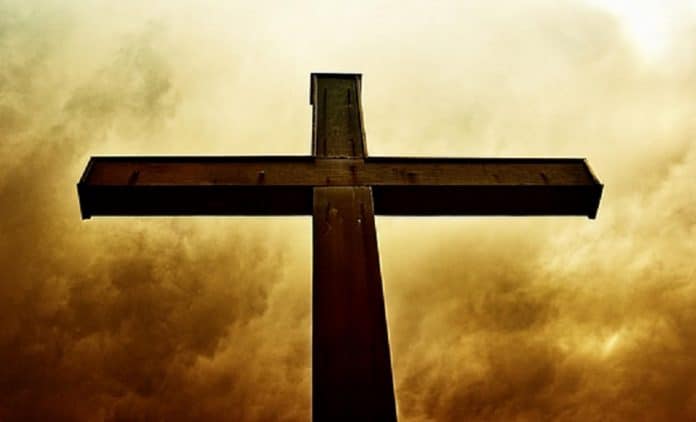 Mark 15:20 – “And when they had mocked him, they took off the purple from him, and put his own clothes on him, and led him out to crucify him.”

To many people the cross is just a symbol for Christians that represents virtues such as kindness, peace, and forgiveness. The cross does symbolize those virtues, but there is more than just symbolism represented by the cross. To many people the American flag is just a symbol of freedom. Multitudes take only what it means to them and use it for their own gain and agenda. Then, there are those that realize the sacrifice that went into our freedom and that there are people who have fought to keep our freedoms. Similarly, the cross also represents more than just a few virtues. It represents the price that was paid for our eternal freedom, freedom from the debt and payment of our sin. The cross was a place of many things.

The cross was a place of suffering.

Jesus was crucified. Crucifixion was a terrible death filled with much suffering. The penalty of our sin is suffering, but Jesus paid our suffering for us. They smote Him, spat upon Him, and plucked His beard from His face. The cross is a reminder of the price that was paid.

The cross was a place of shame.

They put a robe on Him, drove a crown of thorns upon His head, and mocked Him. The Jews thought that He came to conquer an empire, but He really came for death. How shameful the behavior of those people was. It reveals the actions of lost people and the true character of their hearts.

The cross was a place of salvation.

Let us just imagine the sixth hour as the darkness fell on the earth. God turned the lights off to tell the people that they had mocked Him enough! What happened in that dark hour? I contend that in that dark hour every sin was placed on Jesus. He literally took our place on that cross and paid our price.

The cross was a place of grand success.

The veil of the temple was rent from top to bottom. He made us as priests so we can go directly to God in prayer. It signaled the defeat of Satan, sin, and the separation of us from God!

What does the cross mean to you?

Is it just a decoration in your eyes?

Instead, let it be a beautiful demonstration of what the Lord has done for you!

The Teachings of God Are Wonderful

7 Ways To Build Boldness In Your Life