The True Riches Of Being A Christian 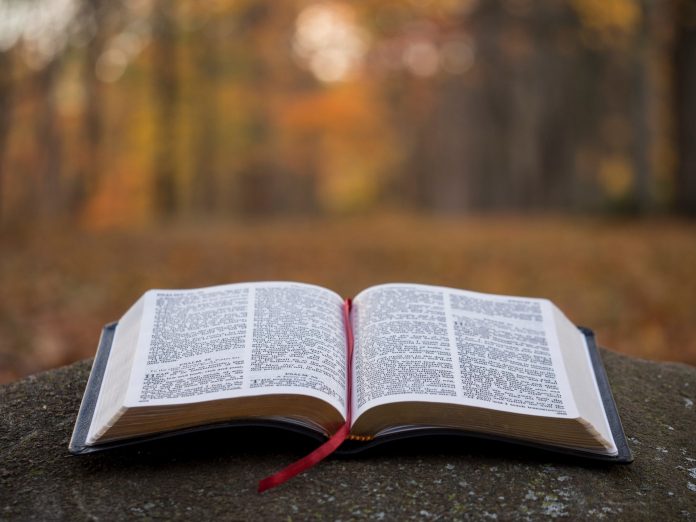 There are two things that the human family seems to want above all others – one is recognition and the other is money. And, of course, money brings recognition with the world.

There are about two hundred references in the Bible to the poor. “But”, you’d say, “I thought you were going to talk about how to get rich?” Really, I am. I read this morning in Daniel 2:28, “There is a God in heaven that revealeth secrets.” Daniel 2:30, “But as for me, this secret is not revealed to me for any wisdom that I have more than any living.”

That introduces the heart of the message, and that is riches.

I believe that everybody can be as rich as they want to be and as they need to be. There have been a lot of books, sermons, messages, lectures, and all sorts of advice given on how to get rich, but there’s only one Book that speaks with authority about true riches, and that’s the Bible. And lest and until we have the right attitude toward the Word of God and toward poor people, we’ll never be rich.

For instance, being rich financially never helped a man to success, but, oh, read the stories of how most of our great men came out of deep poverty. Paul says in II Corinthians, 8: 1- 2, “Moreover, brethren, we do you to wit of the grace of God bestowed on the churches of Macedonia; how that in a great trial of affliction the abundance of their joy and their deep poverty abounded unto the riches of their liberality.” They came from rags to robes because of their liberality.

For the Christian, true riches are a commitment and a trust from the Lord. Now let us notice the importance God puts on the word “poor”. When Jesus brought His great Sermon on the Mount, which is the foundation of Christian living and the kind of future that we have to look forward to, He said, “Blessed are the poor in spirit. . .” Matthew 5:3.

One of the secrets of Job’s deliverance was that he cared for and shared with the poor when he had it and God brought him through and made him twice as rich as he was before his trouble began. Job 29:12, “Because I delivered the poor that cried, and the fatherless, and him that had none to help him. The blessing of him that was ready to perish came upon me: and I caused the widow’s heart to sing for joy.” Verse 16, “I was a father to the poor: and the cause which I knew not I searched out.” Job 30:25, “Did not I weep for him that was in trouble? Was not my soul grieved for the poor?”

Psalm 41:1, “Blessed is he that considereth the poor: the Lord will deliver him in time of trouble. The Lord will preserve him, and keep him alive; and he shall be blessed upon the earth: and thou wilt not deliver him unto the will of his enemies. The Lord will strengthen him upon the bed of languishing: thou wilt make all his bed in his sickness.”

Notice the promise of God in Isaiah 58:6-12. My, what tremendous promises, and yet, He said we are to bring the poor that are cast out to our house, we are to cover the naked. Then the promises begin in vese 8, the fulfillment of which will make us rich. If you want to be happy, you must have mercy on the poor. Proverbs 14:31, “He that oppresseth the poor reproacheth his Maker.” Proverbs 19:17, “He that hath pity upon the poor lendeth unto the Lord; and that which he hath given will He pay him again.” Think of floating a loan to the richest person that ever lived!

Proverbs 28:27, “He that giveth unto the poor shall not lack.” That’s a promise without limited proportions. “Shall not lack” – that means lack anything. When the disciples came back after a successful evangelistic soul winning journey, Jesus said, “Lacked ye anything?” and they said “Nothing.”

The Psalmist said in 34:10, “The young lions do lack, and suffer hunger: but they that seek the Lord shall not want any good thing.” And surely that’s what David meant when he said, “The Lord is my Shepherd, I shall not want.” Most of us live in a state of constant want, and yet never become satisfied because we want what we do not need. Psalm 11:9, “He that dispersed, he hath given to the poor; his rightousness endureth for ever; his horn shall be exalted with honour.”

One of the proofs of Jesus’ Messiahship that he sent back to John, while he was in doubt in prison, was to tell him that the poor have the Gospel preached unto them, Matthew 11:5. Jesus said when we make a feast, the first person we’re to call is the poor. Jesus said, “Go out quickly into the streets and lanes of the city, and bring in hither the poor.”

The right kind of poverty makes many rich, II Corinthians 6:10.

Jesus told the rich man to sell all and give to the poor, Matthew 19:21. The first sermon that Jesus ever preached, He took for his text, “The Spirit of the Lord is upon Me; because He hath anointed me to preach the gospel to the poor.”

When Zacchaeus was converted and walked with Jesus and had Jesus as his guest in his home, he committed himself to giving half of his goods to the poor and Jesus did not restrain him. Deuteronomy 15:11, says “For the poor shall never cease out of the land; therefore I command thee, saying, Thou shalt open thine hand wide unto thy brother, to thy poor, and to the needy, in thy land.” Jesus said, “The poor ye have with you always.”

The greatest illustration on giving that Jesus used was as He stood by the treasury and watched the amounts and the spirits and made note of the balance. He commended a poor woman who cast in two mites which was all that she had. I’ve often wished that I could have visited this dear sister the next thirty or sixty days to see just what the blessings of God were upon her life.

I’ve given you some great verses in the Bible that have to do with the poor.

God’s greatest blessings are upon those who show the proper respect for the poor and the needy. Jesus rebukes and condemns covetousness. The rich man whose land brought forth plentifully refused to consider the poor and that night he had his encounter with the undertaker. Churches become poor if they become rich and care not for the poor. God ordained, according to His Word, that the church was His Salvation Army, Red Cross and Community Chest.

When God called me to preach, I was sick in more ways than one, but His faithfulness and His blessings have made me rich. A statement just came to me – No man can be richer than he is liberal. “The blessings of the Lord, it maketh rich, and He addeth no sorrow with it.” Psalm 10:22. Therefore you can be just as rich as your ability to receive the blessings of the Lord.

II Corinthians, 8: 9, tells us “For ye know the grace of our Lord Jesus Christ, that, though He was rich, yet for your sakes He became poor, that ye through His poverty might be rich.” This is the price of real riches. Jesus, the Maker, the Creator, with angelic choirs all about Him, no sin in Him or on Him or around Him, laid aside His robes of splendor and was wrapped in swaddling clothes and laid on the breast of a peasant mother in a simple manger in Bethlehem.

He lived in poverty, He was despised and rejected, refused by His own, had no place to lay His head, prayed alone and walked alone, condemned to die, and His only crime was love. No lawyer would defend Him and no convert would testify for Him at his trial. He was nailed to a rugged Roman cross between two thieves and finally laid in a borrowed tomb.

Oh, the price of our riches! But thank God, we’ve not just become Queen for a Day or King for a Day, but FOREVER because through His poverty we’ve been made rich.

You may ask me how rich I am. I’m an heir to God and a joint-heir with Jesus Christ. All that my heavenly Father has and is, I’m an heir to. Praise His wonderful Name!

I have all that I need here and heaven hereafter! How much richer could anybody want to be?

What Does God Say About Questionable Things

10 Reasons Lordship Salvation Is Not Biblical

Can I Change Seats?